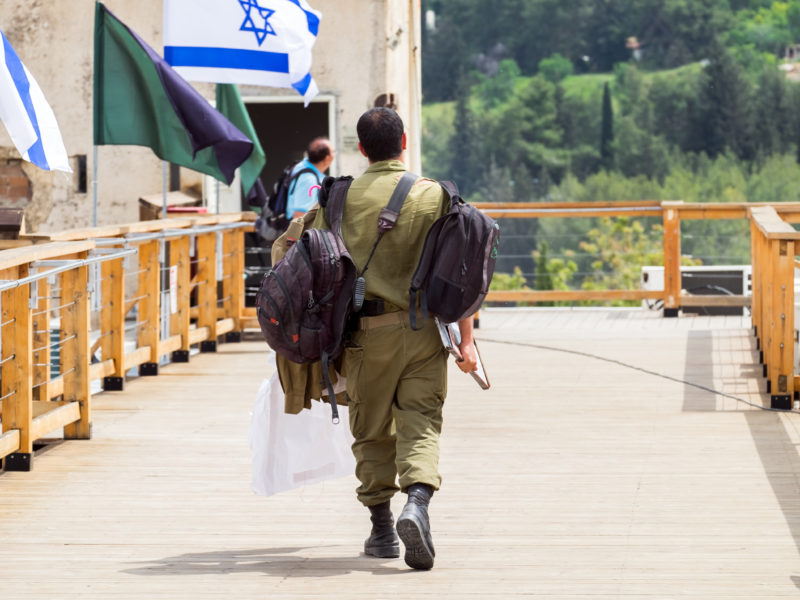 Hamas has not yet given its official consent to the Palestinian Authority’s (PA) forthcoming elections, although a month and a half has passed since the secretaries’ summit in which Fatah and Hamas leaders met.

Fatah is still waiting for Hamas’ response. A source in Fatah told TPS that it is the Izz ad-Din al-Qassam Brigades, Hamas’ military wing in the Gaza Strip, which is delaying the final answer following its fear that the PA elections and reconciliation with Fatah will hinder its actions.

The source added that the guideline in Hamas’ military wing is to let PA head Mahmoud Abbas drown and not lend a hand with a move of reconciliation.

“Abu Mazen is a dead horse in their eyes and should not be revived,” said a Fatah official about the contacts between the organizations.

He said Iran was pressuring Hamas not to agree to reconciliation and conditions that would harm the armed struggle against Israel, and in the meantime, it appears that Hamas is raising additional demands as a step to delay its response to its agreement to elections in the PA.

Among other things, Hamas is demanding that the conditions of PA officials operating in the Gaza Strip be equal to those working in Ramallah.

In light of these Hamas positions, the Palestinians are also finding it difficult to hold the next leadership summit that was supposed to take place in Gaza a few weeks ago. It is now reported that Egypt also does not approve of hosting the conference unless Hamas gives its clear consent in advance to reconciliation and new elections in the PA.

Fatah is also examining whether it will be possible to hold the conference in Algeria to circumvent the sensitivity involved in holding the conference in Egypt, which is angry at Abbas for choosing to convene the factions in Turkey, it’s rival.

Fatah officials are angry at Hamas and Ruchi Fatuch, a Fatah official who met for talks with Hamas while on the delegation led by Jibril Rajoub. He said that the delay in presenting Palestinian reconciliation harms the national interest. Fatuch also hinted at Hamas’ responsibility and said that while Fatah agrees with what was agreed in the “Istanbul document”, it is other factors that are holding back Palestinian unity.

It was agreed at a meeting of Fatah and Hamas leaders in Istanbul that elections would be held for the Palestinian Legislative Council and then for the presidency and the Palestinian National Council of the PLO.

Fatuch added in an interview with Palestinian television that the election is expected to take place using the proportional representation method and that the electoral threshold is only one and a half percent, which is intended to encourage all Palestinian factions.

On the other hand, Fatah also claims that senior officials, including Colonel Majed Faraj, the head of intelligence, fear a decline in their status in light of Rajoub’s rise to power if he succeeds in this move with Hamas.

Along with the contacts for the elections, Fatah is also working on the establishment of joint committees for all factions that will operate under a unified national headquarters to expand the popular struggle against Israel. These contacts on behalf of Fatah and Abu Mazen, are being conducted by Fatah’s number two, Mahmoud El Alul. In recent months, he has convened a number of meetings to formulate the popular struggle, which he promised that it would concentrate on the settlers’ movement on the main routes and in clashes with IDF soldiers.

However, a senior Fatah official says that Abu Mazen is not pushing his people, since in any case, his tendency is not to take irreversible steps before the election results in the United States become clear. A senior Palestinian officer reinforces this and says that Abu Mazen is taking his time to preserve all available options.

A PA source told TPS that there is a principled agreement with Hamas that only Abu Mazen will run for the presidency.

Nevertheless, Hani al-Masri, a researcher at the Masarat Institute, recommended not to go to elections under a new US administration led by Joe Biden, as this is likely to strengthen Hamas’ power, in line with Obama’s Middle East policy.

For just $100 per month you can bring the gospel to 10,000 homes. Join us as media missionaries! GIVE NOW
VIEW COMMENTS
« IDF: Israelis Not Cooperating With Epidemiological Investigations Actor Kevin Sorbo Goes To Prove That Science And Faith Come Together »