“Football’s Not The Biggest Thing In My Life, My Faith Is” - Legendary Clemson QB, Trevor Lawrence | God TV
Video 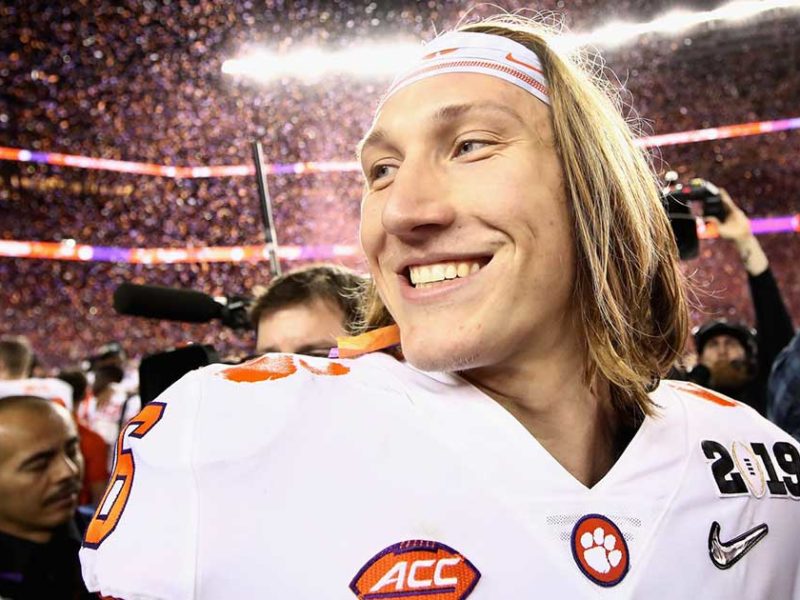 Trevor Lawrence, Clemson Tigers’ QB, is just 19-years-old making him ineligible for the NFL draft until 2021. But even at his young age, people are saying that he could be the best college football QB, next to his hero, Peyton Manning.

It’s amazing to think that Trevor has already accomplished something that Manning never did. He won the national title, blowing out Alabama 44-16 at the College Football Playoff national championship game in Santa Clara, California according to CNN.

Given these achievements, what could Trevor’s inspiration be? And how he responded to the question, “Is he the greatest college QB ever?” will make you a Clemson Tiger fan.

“Growing up, my family’s always like – football’s important to me. It’s not my life; it’s not uh, like the biggest thing in my life I would say. My faith is,” says Trevor.

“I just know, no matter how big the situation is, it’s not really gonna define me. I put my identity in what Christ says, who He thinks I am and who He says I am.”

“He’s gonna be a legend,” Houston Texans quarterback, Deshaun Watson said of Lawrence, according to ESPN. “He already is. People know that now.”

Trevor Lawrence is the best true freshman QB I’ve ever seen. If I was running an NFL team, I’d be making trades for as many 2021 picks I could get my hands on.

It takes a lot of humility to get on a platform of that magnitude and proclaim your faith to all that can hear you. However, God has commanded us to be bold in our faith and our witness to the world! Jesus will never leave us nor forsake us. Our identity cannot be found in anything that this world has to offer or that we can offer ourselves. And for this, I just became a Clemson Fan!

For just $100 per month you can bring the gospel to 10,000 homes. Join us as media missionaries! GIVE NOW
VIEW COMMENTS
« A House Full Of Love Confession – A New Way To Do It »