Liberman: In Syria, Israel Obligated By Its Security Interests Only | God TV
News 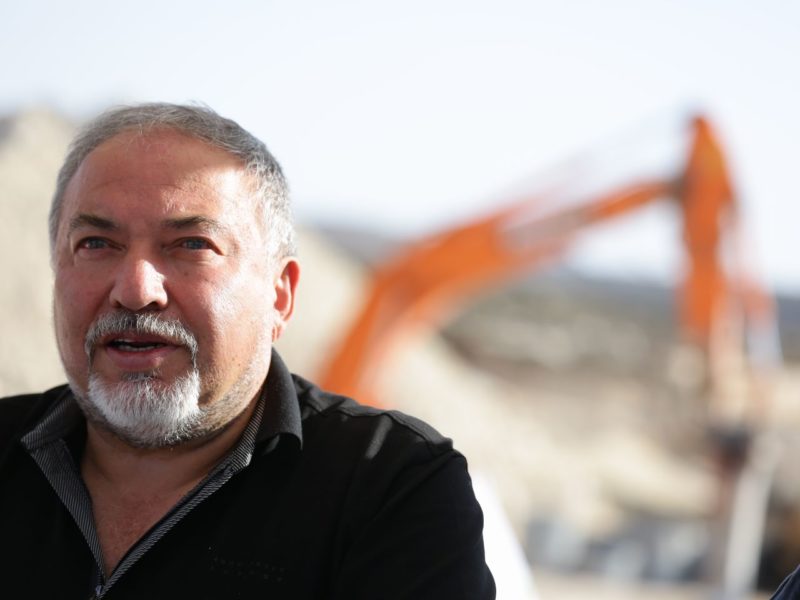 As far as Israel is concerned, all ongoing talks about the future of Syria once the civil war in that country has ended, are irrelevant and the only thing that matters from Jerusalem’s perspective are Israel’s security interests, Defense Minister Avigdor Lieberman said Thursday, on a tour of northern border towns.

“We are seeing different kinds of gatherings all over the place, also in Ankara, also in Tehran, also in Geneva and in other places. They are talking about the reshaping of Syria after the battle for Idlib,” said Liberman. As far as Israel is concerned, and with all due respect and appreciation for all of the agreements and understandings – they do not obligate us. What obligates us are the security interests of the state of Israel. All other agreements and understandings reached all over the place, are simply irrelevant to us. We will work unfailingly to protect all existing agreements and Israel’s security interests.”

Earlier, Energy Minister Yuval Steinitz reiterated a statement he made in May, by which Syrian President Bashar al-Assad will face possible assassination by Israel, should he continue to allow Iran to build up a militarily presence in Syria.

“I think it is definitely relevant,” Steinitz told the Hebrew-language Ynet website, “Assad needs to know that he and his regime are putting themselves at risk, a redundant risk on his part, if he allows Iran to turn Syria into a military base against Israel.”

Speaking about the deal for Iran to assist Syria in rebuilding its military signed earlier this week, Steinitz said: “Nobody’s stupid, and everyone understands that this agreement shows that they are taking us seriously. So they are trying to establish some sort of back channel – not military entrenchment in Syria, but assistance in helping the Syrian military rehabilitate itself, and that’s how they will bring their weapons’ systems into Syria. We will not let that happen.”

Steinitz added that while Tehran’s military presence in Syria has yet to reach significant proportions and that there is much disagreement within Iran surrounding the issue, the Shiite theocracy is determined to establish its foothold in the country.

“So far, they have yet to achieve significant entrenchment in Syria. There’s also a debate within Iran on this issue, and even protests against their entrenchment and investments in Syria and Lebanon,” said Steinitz. “We are acting here resolutely, firmly and with much thought in this campaign. I hope not, but it may one day escalate, if there is no choice,” he added.

For just $10 per month you can bring the gospel to 1,000 homes. Join us as media missionaries! GIVE NOW
VIEW COMMENTS
« The Corbyn Question: What’s Driving UK Jews to Israel Will Having More Money Really Bring You Happiness? »