BREAKING
Israel-led Team Solves Mystery Why Lightning Strikes Fewer Times Over The Ocean...
Tourism In The Holy Land Is Soaring Back Up To Pre-Pandemic Highs
Lapid Speaks Directly To Palestinians—Offers Them “Another Way” Out Of The Ongoing...
Home News Liberman: No Gaza Understandings Without Return Of Missing Soldiers, Civilians

Liberman: No Gaza Understandings Without Return Of Missing Soldiers, Civilians 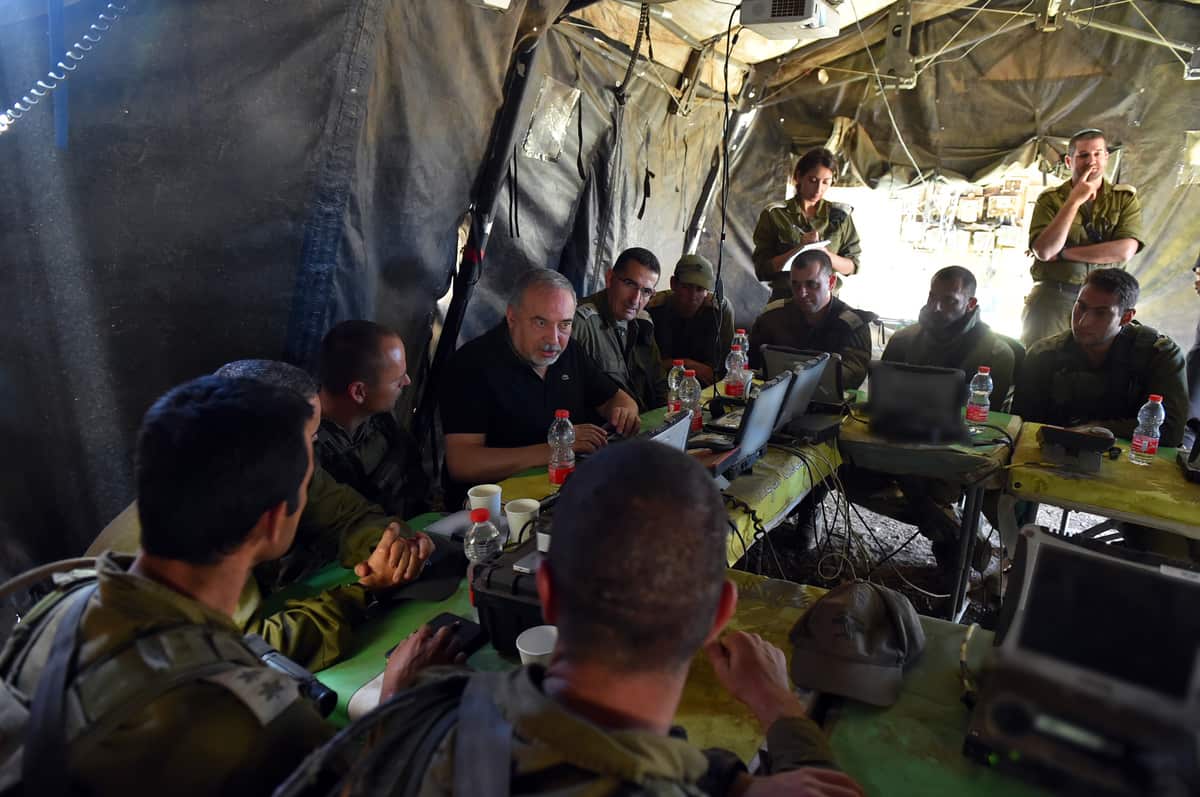 Any understanding with Hamas on a long term ceasefire with Gaza is dependent on an agreement on the return of captive Israeli civilians and the remains of soldiers held by the terrorist organization, Defense Minister Avigdor Liberman said Tuesday while attending a military exercise in the north, adding that in the absence any such understanding Israel would continue to act unilaterally in accordance with events on the ground.

“As far as I’m concerned there is only one kind of understanding and that is reality on the ground,” Liberman said. “If we are looking at an understanding [with Hamas] then the condition is an agreement on captive civilians and missing soldiers. We are acting unilaterally in line with events on the ground and that it would seem is how things will continue.”

The defense minister said there had been a dramatic decline in violet and issued a measured reaction to Monday’s incident in which a Palestinian had opened fire on an IDF patrol along the northern tip of the Gaza border. Liberman described the incident as a “lone wolf” attack and said it was not possible to “hermetically prevent” such attacks. The comments were in stark contrast to recent statement holding Hamas responsible for all incidents emanating from the Strip.

Amid continuing talk of a long-term understanding with Hamas, Liberman said it was important to create a link between continued calm on the ground and any economic incentives for Gaza. He added though that Israel’s long-term interest was quiet along the border and that it was important to understand that “economic stability ensures security calm.”

Unconfirmed reports have suggested that as part of an Egyptian mediated long-term understanding between the sides, Israel would allow massive foreign aid to Gaza to rehabilitate infrastructure in the Strip, and would also facilitate a shipping route from Cyprus. Last week, Israel reopened the Kerem Shalom pedestrian crossing to Gaza and extended the fishing parameter to nine miles from the  Gaza coast.