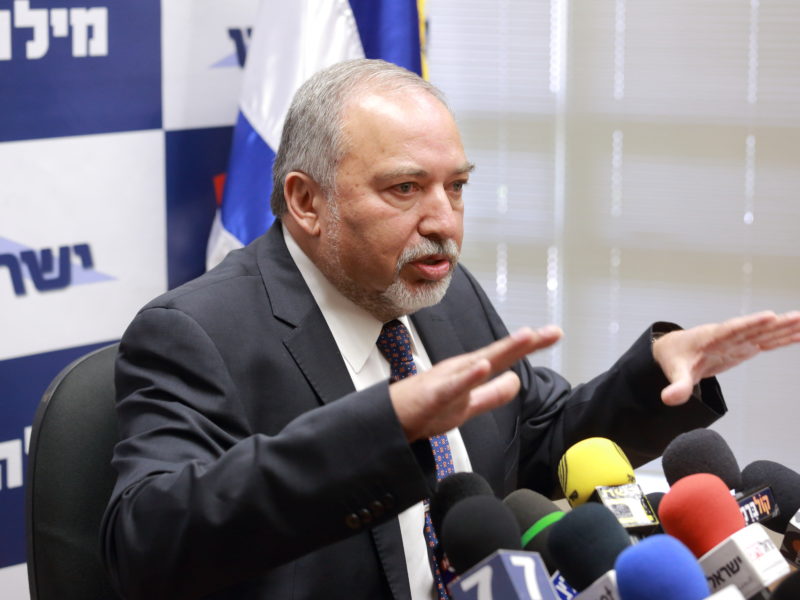 Israel acted without error in the events that lead to the Syrian downing of a Russian military plane on Monday, Israeli Defense Minister Avigdor Liberman said Thursday morning.

Speaking to Army Radio, Liberman said: “We don’t usually comment on airforce activities, [but] as we have clarified more than once, we will do everything needed in order to prevent the Iranian entrenchment and the transfer of advanced weapons from Syria to Hezbollah, and as part of that constant activity, we have acted as we do all the time.”

According to Liberman, the Syrian downing of the Russian plane is not the result of Israeli malfeasance, but rather of Syrian incompetence, and that the Syrians only triggered their defense systems after the Israeli planes were back in Israeli airspace. “It’s important to understand that there is a military with missile defense, [consisting of] irresponsible and unprofessional people, who acted when the IAF planes were already in Israeli airspace… they fired indiscriminately.”

“We are prepared to present Russia with the findings of the IDF investigation, we have nothing to hide. We have acted like we have always acted. [This is a result of] the overconfidence of the Syrian Army.”

On Monday, while responding to an Israeli airstrike, Syrian missile defense systems shot down a Russian plane carrying 15 Russian soldiers over the Mediterranean sea. Moscow blamed Israel for the incident, claiming that they were not briefed in time about the planned strike.

On Tuesday, Israeli Prime Minister Binyamin Netanyahu spoke to Russian President Vladimir Putin, where he expressed his regret over the loss of the 15 Russian soldiers, but insisted that the blame rests with Syria, offering Israel’s full cooperation to Russia in investigating the incident and offering to dispatch IAF Commander maj. gen. Amiram Norkin to Moscow in order to assist with investigating the issue.

On Wednesday, Moscow announced that it will be sealing all Syrian airspace from September 19th to the 26th, citing a training exercise.

The Russian Embassy in Israel condemned Israel on Thursday via Twitter, insisting that it is to blame for the the downing of the Russian military plane on Monday, adding that Russia would “take all necessary measures” to eliminate threats to the life and security of its military.

“Moscow views as irresponsible and unfriendly actions of Israeli Air Force, which exposed Russian Il-20 aircraft to danger and lead to death of 15 servicemen. Russia would take all necessary measures to eliminate threat to life and security of our military fighting against terrorism.”

For just $100 per month you can bring the gospel to 10,000 homes. Join us as media missionaries! GIVE NOW
VIEW COMMENTS
« Israel Fortifying its Nuclear Facilities Amidst Iranian Threats ‘Voices of Lee’ Performs a Powerful A Capella Version of ‘Reckless Love’ »