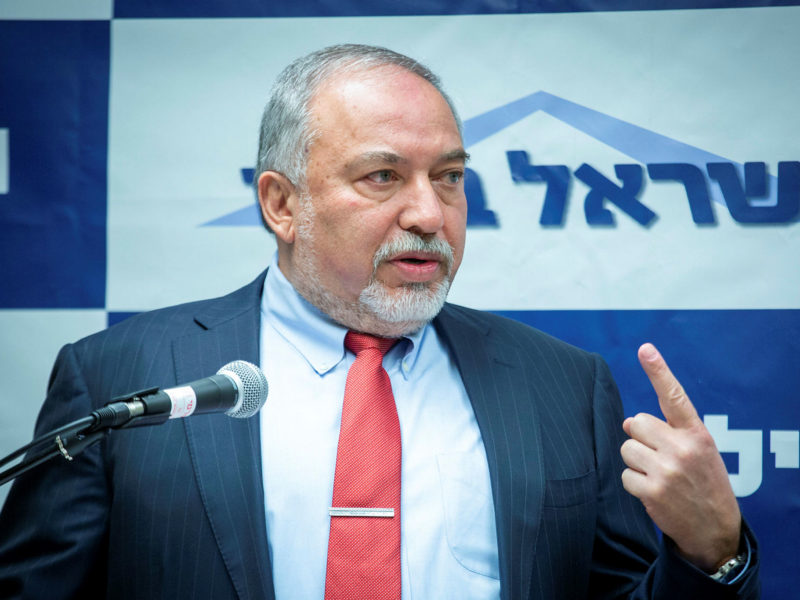 Defense minister Avigdor Liberman announced his resignation Wednesday, saying that the latest ceasefire with Hamas was “capitulation to terrorism.”

The move leaves Prime Minister Binyamin Netanyahu with a razor thin 61-60 majority in the Knesset, but while the Yisrael Beitenu chairman called for elections as soon as possible, sources in the Likud said Netanyahu would take over the defense portfolio and the government would run down its course until scheduled elections in November, 2019.

Netanyahu however will come under pressure from his right flank where Bayit Yehudi chairman Naftali Bennett is, according to senior sources in the party, demanding the defense portfolio as a condition for remaining in the coalition.

“I am here to announce my resignation as Israel’s defense minister,” Liberman told reporters at a hastily called press conference in Jerusalem. “From my perspective, what happened yesterday, the ceasefire, together with the whole process surrounding an understanding with Hamas, constitutes capitulation to terrorism.

“What we are doing,” he continued, “is buying short-term quiet at the cost of severe damage to Israel’s long-term security.”

Liberman said there were two critical issues that swayed his decision: The transfer of $15 million in Qatari funds to Gaza and the ceasefire following the firing of hundreds of rockets at the south.

“I could not have looked the residents of the south in the eye if I had stayed in the position,” Liberman said.

“What I would ask now is that we agree on a date for elections as soon as possible,” Liberman concluded. “I hope that by Sunday we will agree on a date and the public will decide on the right course of action.”

For just $100 per month you can bring the gospel to 10,000 homes. Join us as media missionaries! GIVE NOW
VIEW COMMENTS
« Are the California Wildfires Really God’s Judgment? Fear and Anger on Gaza Border as Residents Slam Gov’t Response to Rocket Attacks »