Liberman: ‘We must hit Hamas as hard as we can’ | God TV
News 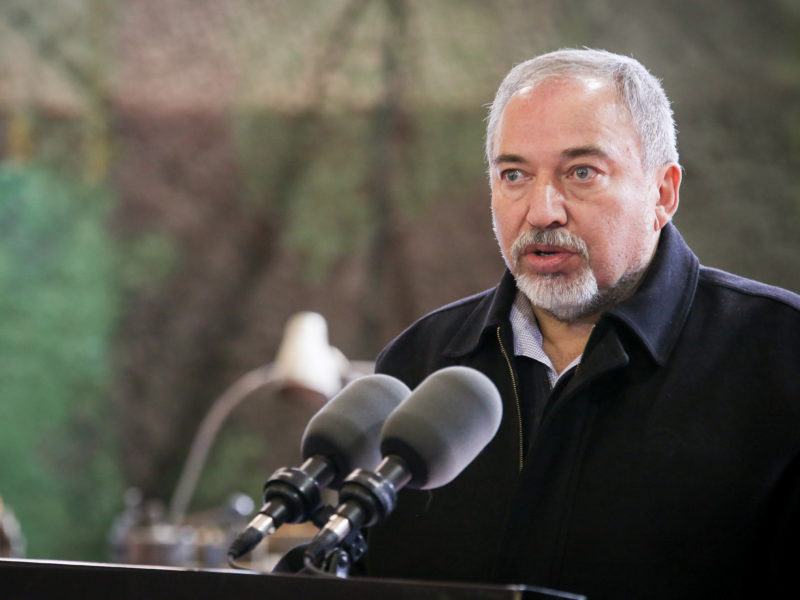 Israel must deal Hamas an extremely severe blow, even if it means a full scale conflict, Defense Minister Avigdor Liberman said on Monday, while speaking at a conference organized by the Hebrew-language daily Maariv.

Commenting on the so-far unsuccessful attempts to reach a deal regarding the Gaza Strip, Liberman said: “There was no deal, there is no chance for a deal. We haven’t given up trying [but], in my opinion as Defense Minister, what we need to do is deal Hamas the strongest blow we know how to, even if that means going to a full scale conflict,” adding that, “we need to hit them in a way that hurts.”

Speaking about the challenges facing Israel, Liberman said: “It isn’t just Gaza, we have multiple challenges simultaneously. If you look at all the parameters, we have global terror – in all its forms, Hamas and the Islamic Jihad in Gaza, Hezbollah in Lebanon, Al Qaeda in Syria, and standing behind them all is Iran.”

“We need to take care of everything simultaneously. It’s not a simple challenge, and what is needed is strong nerves, and the ability to analyze everything accurately and safely. In my view, if we want to face all the challenges, it’s obvious that Gaza must come first. As opposed to all the people who thought we could reach a deal with Hamas, I said there was no chance with them,” said Liberman. “It’s not the fuel or the [PA] salaries that will stop the violence on the border. Why? Because they want to remove the blockade, which means free access for the Iranians, an unregulated border… Hamas wants to lift the blockade without giving up their objective of destroying Israel, without reaching a deal regarding the missing and captured soldiers and without demilitarization – that isn’t going to happen.” he added.

Earlier at the conference, Education Minister Naftali Bennett criticized what he called Israel’s “cat and mouse” policy regarding Gaza.

“The cat and mouse policy in the face of Gazan terror is not working,” said Bennet, “We are going too far trying to find complex solutions to problems that are not that complex. Instead of minimizing and expanding the fishing parameter, instead of sending in and then minimizing fuel shipments – we need to simply kill the terrorists who want to kill us,” he added.