BREAKING
At Least 1 Killed, 22 wounded In Bombing In Jerusalem by “Organized...
United Arab Emirates To Include Holocaust Education In School Criteria
US Group Wants Israel To Become Key Hub For Medical Supplies, Replacing...
Home News Liberman: We Need To Make Clear To Gazans, ‘They Will Pay For Violence’

Liberman: We Need To Make Clear To Gazans, ‘They Will Pay For Violence’ 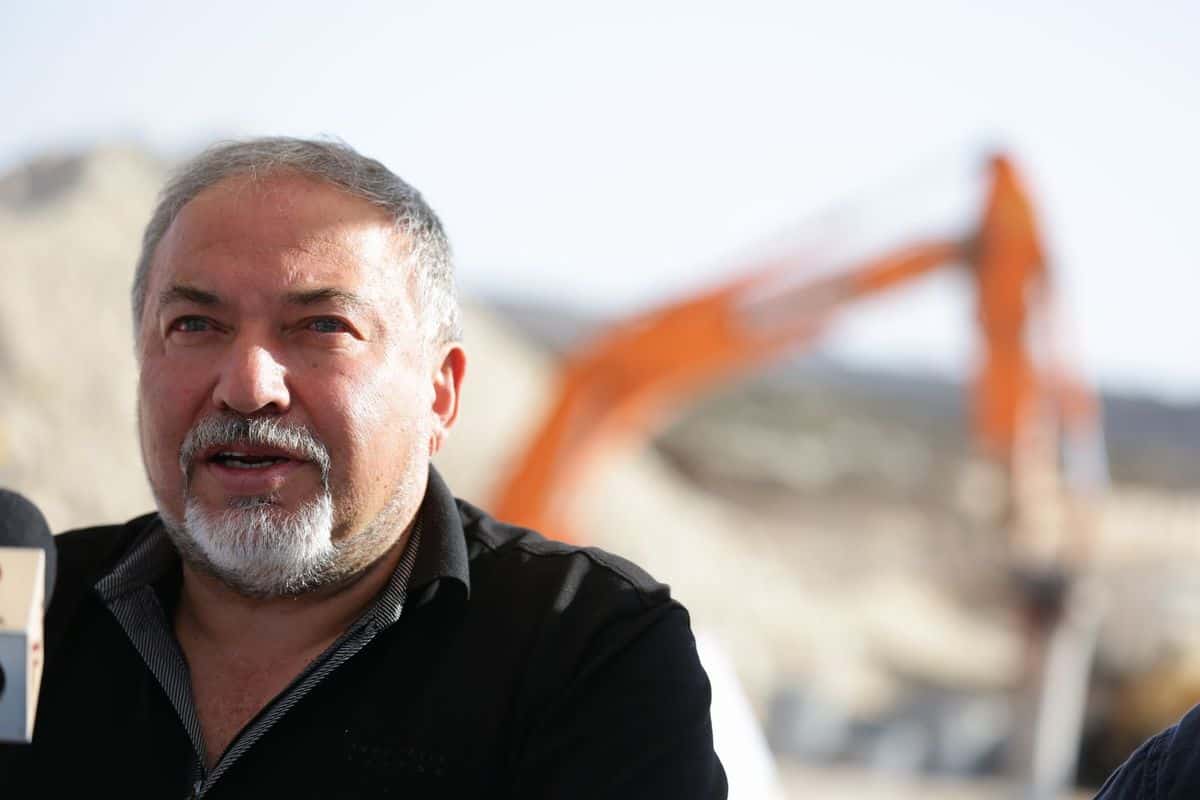 Israel’s policy towards Gaza must include both carrots and sticks, Israeli Defense Minister Avigdor Liberman told Kan Bet Radio on Sunday afternoon, referring to the earlier closing of the Erez border crossing following Friday’s riots on the fence.

“We must create a direct connection between quiet and security benefits, we need to make clear to the population of Gaza, that there is a direct link,” said Liberman. “Once we noticed the violence on Friday, we decided to close Erez, that’s one side of the equation.

Liberman defended last week’s decision to open the Kerem Shalom crossing, saying that the decision enjoyed unanimous support from Israel’s entire security apparatus, and at the same time lashed out at Jewish Home leader Naftali Bennett, who openly criticized the move. “How can it be that the entirety of Israel’s security organizations have less of an understanding than one populist and messianic minister… I’m referring directly to Minister Bennett,” Liberman said.

According to Liberman, Bennett publicly challenged the decision not out of defense related considerations, but political ones. “He’s thinking of elections and playing a game of inner-party politics of the lowest form… Before you send soldiers to battle, we must exhaust all other possibilities, and that is how we are operating.” the defense minister said.

Liberman also attacked Palestinian Authority Chairman Mahmoud Abbas (Abu Mazen), accusing him of trying to drag Israel into an inter-Palestinian conflict.  “It started when Abu Mazen stopped paying the salaries of the officials in the Strip, and that caused tension. There seem to be inheritance struggles between the Palestinian Authority and Hamas in Gaza. Abu Mazen realized he can’t oust Hamas on his own, so he is trying to deteriorate our relationship with Gaza.”

Asked if the recent ceasefire agreement in Gaza is the result of negotiations between Israel and Hamas, Liberman said, “We are not speaking to Hamas, we have no interest in speaking to Hamas, but if Egypt or the UN or the United States or Europe present something, we don’t say no.”

Liberman stressed that the only guiding principal Israel has when dealing with Hamas is Israel’s security interests, with calm on the ground being first and foremost in those considerations. “Our interest is that things remain quiet on the security front – everything else doesn’t interest us,” he said.