Is Your Life in Ruins? God Can Build You Back Better Than Before!
Faith 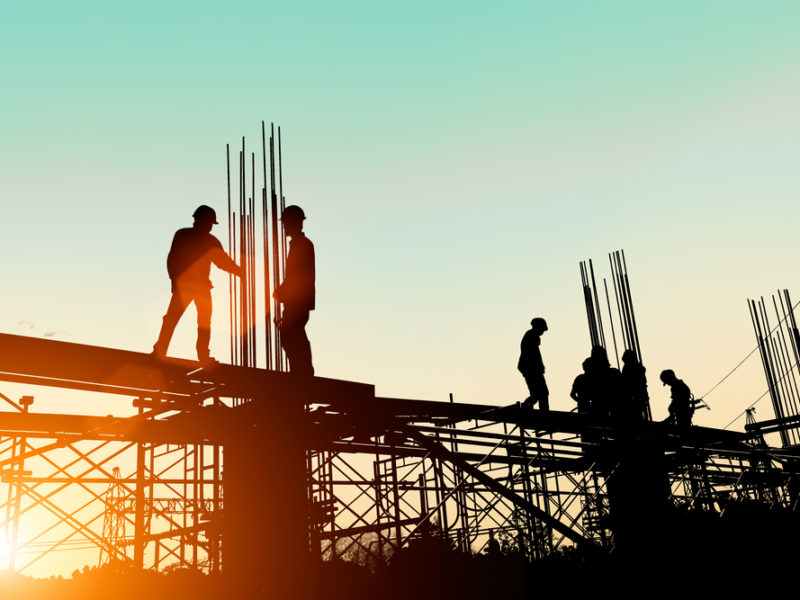 God Can Build You Back Better Than Before!

“And after you have suffered a little while, the God of all grace, who has called you to His eternal glory in Christ, will Himself restore, confirm, strengthen, and establish you.” ~1 Peter 5:10

Are you weary, broken, needing God to put the pieces together in your life, and asking Him for restoration? With earthquakes and two major hurricanes hitting land recently causing a tremendous amount of devastation, it is certainly a visual reminder that many people around the world need rebuilding both spiritually and physically. There are a vast number that are hurting, broken, and wounded and are asking for encouragement and comfort from the Lord. You may feel this way too. In whatever area you may personally need mending/fixing, God has the ability to build you back! Most dictionaries will define “restoration” as being put back in the same condition. From a spiritual point of view, when God restores His children, He has the ability to put us in better condition than we were previously.

For example, when Job, a godly man of integrity, was being spiritually tested, he lost everything suddenly. The only thing God would not allow the enemy to take was Job’s life. In the midst of absolute devastation, Job continued to be a man of integrity, even when he was falsely accused of sinning against God by his “friends”.  Instead of reacting to his friends’ false accusations by getting revenge or by being bitter, Job forgave, endured, and honored Christ after being mistreated, and God took notice. After Job prayed for his “friends” that falsely accused him, God restored double in Job’s life for everything he had lost. “And the Lord restored the fortunes of Job when he had prayed for his friends. And the Lord gave Job twice as much as he had before.” Job 42:10. It is important to note that the Bible says that the end of Job’s life was better than his beginning. How encouraging to know that when we are obedient to Christ, He can make the end of a matter better than its beginning (Ecclesiastes 7:8a). Not only that, but He can turn what the enemy meant for evil around for GOOD (Genesis 50:20).

Years ago, God showed me a picture of restoration, as I was standing in a hotel room in Israel overlooking a rather demoralizing scene. Instead of having a view of something breathtaking, like the Sea of Galilee, I was watching a building being torn down. As this demolition stayed in my line of sight, I stared at it for several minutes and was prayerfully taking in the meaning: Bulldozers were everywhere, the remains of the structure lay in ruins; objects were strewn all over the ground. While I watched, as strange as this may sound, I felt like I could identify with that building…

After a series of challenging events that happened in that season of my life, one of them including a relationship that ended with someone I thought I was going to marry, I felt broken and surrendered to the LORD’S plan all at the same time. I could sense that he was “renovating me” from the inside-out and that in order to do that, things had to be removed in order to make room for the NEW. Despite the feelings of sorrow that came over me, God brought encouragement to my heart that this process was for a PURPOSE. Another realization came from this scene: For God to birth His dreams in our lives, He has to build us to a place where we recognize HE is all we need. I arrived at that place. As I stood there, I prayed at that window, “God, you have a purpose for these events, and I have faith in you to build me back better for Your kingdom and to bring beauty from the ashes.” (Isaiah 61:3) I walked away that day releasing this prayer and believing that the restoration would come…

Fast forward three years later, God had brought my husband to me, and we had decided to go to Israel for our honeymoon. As we walked down the busy street by the road where the ruins once lay, my jaw dropped, as I saw a drastically different scene. Instead of ruins and desolation, I saw a massive limestone structure several stories high standing at the very place I once grieved. Joy flooded my heart. It was a confirmation that God knows EXACTLY what He is doing in every stage of life and that His timing is perfect. Not only does He bring beauty from the ashes when He restores us, but He makes us stronger spiritually. Although weeping may endure for a night, joy comes in the morning (Psalm 30:5b). There may certainly be times of renovation and growth, and although this process may be painful, God always brings us out better than we were in the beginning. The key is to surrender to Him and to trust His plan to build you.

Can you relate? What areas are you asking the LORD to restore you personally and spiritually? Be encouraged that HE SEES YOU. He knows your God-given plans and potential, and He is right there with you while you are in the process of being shaped and rebuilt. The Chief Cornerstone is your sure and solid foundation when all else seems shaken. The Master Builder has the blueprint for our lives all mapped out, and we have to trust His methods as we go through renovation to restoration.

Soak in these Scriptures below and apply them to your life personally. His plans to build our lives are far better than we can imagine, and we have to trust Him completely:

“I will restore to you the years that the swarming locusts have eaten, the hopper, the destroyer, and the cutter, my great army, which I sent among you. You shall eat in plenty and be satisfied, and praise the name of the LORD your God who has dealt wondrously with you. And my people shall never be put to shame.” ~Joel 2:25-26

“For I will restore health to you, and your wounds, I will heal, declares the LORD.” ~Jeremiah 30:17a

“Restore to the me the joy of Your salvation and uphold me with a willing spirit.” ~Psalm 51:12

“Return to your stronghold, O prisoners of hope, today I declare that I will restore to you double.” ~Zechariah 9:12

“The LORD is my shepherd; I shall not want. He makes me lie down in green pastures. He leads me beside still waters. He restores my soul. He leads me in the paths of righteousness for His name’s sake.” ~Psalm 23:1

“The Spirit of the Lord God is upon me, because the Lord has anointed me to bring good news to the poor; He has sent me to bind up the brokenhearted, to proclaim liberty to the captives, and the opening of the prison to those who are bound; to proclaim the year of the LORD’S favor, and the day of vengeance of our God; to comfort all who mourn; to grant consolation to those who mourn in Zion to give them a beautiful headdress instead of ashes, the oil of gladness instead of mourning, the garment of praise instead of a faint spirit; that they may be called oaks of righteousness, the planting of the LORD, that He may be glorified.” ~Isaiah 61:1-3

For just $100 per month you can bring the gospel to 10,000 homes. Join us as media missionaries! GIVE NOW
VIEW COMMENTS
« Your Life: Consequence of the Choices You’ve Made or Truly Part of God’s Plan? Las Vegas Shooting Victim Dies Saving His Wife, Heartbroken Dad Reveals »