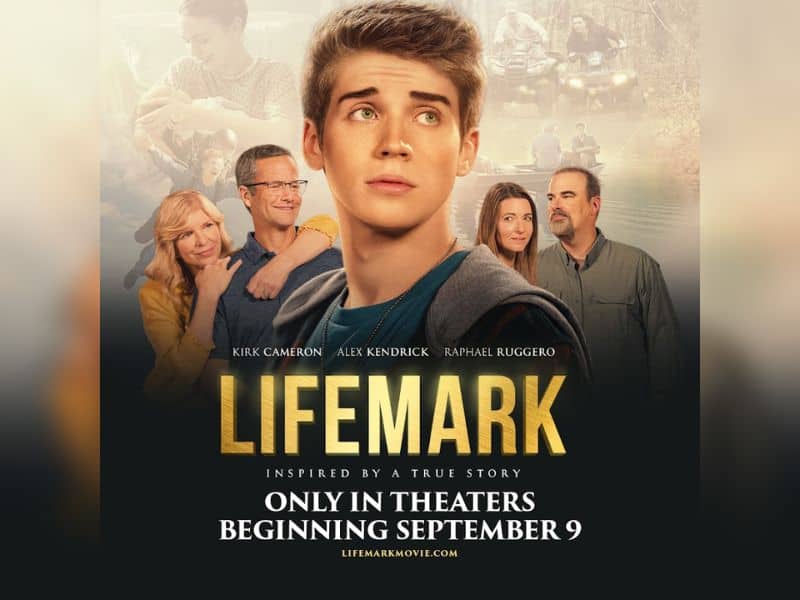 The new pro-life movie, “Lifemark,” has been the talk of the town as it hit the theaters on September 9. It talks about a true adoption story and explores the power of adoption.

The film’s executive producers Kirk Cameron and the Kendrick Brothers, believe that the film’s release date was God’s time. Kirk told CBN News that the “movie came out in an undeniably providential moment in history.”

He said, “I mean, who would have thought that Roe v. Wade would be gone? Like, think – let’s say that again. Roe v. Wade is gone. Holy smokes. And now, here’s a movie that’s coming on the heels of that Supreme Court decision that celebrates the value of life in the womb and the beauty of adoption.”

Lifemark follows the story of an 18-year-old boy whose comfortable life changed when his biological mother reached out to meet him. He then braves the journey about his past and discovers truths along the way.

Kirk added, “It’s just a story that is full of heart and humor, action and adventure, and you see the impact that one life can have on so many.”

For the movie producer and his family, “Lifemark” holds a personal touch in their lives. He revealed that his wife was an adopted child. Consequently, their family grew as they adopted four children and their two birth children.

“So, think about this,” he said. “My wife was one doctor appointment away from not existing. And our four children were also this close to not existing, and if my wife hadn’t been born, neither would our two natural-born children. So all six of our kids and my wife wouldn’t be here if people didn’t value their life while they were in the womb so that they could grow into these beautiful, amazing people that they are.”

And indeed, the movie is considered successful as it hit $2 million in sales in the opening. The pro-life film is part of the Fathom Events. Ray Nutt, the founder of Fathom Events, expressed his excitement over the value of today’s faith-based content.

He stated, “We’re thrilled at the numbers we’re seeing for LIFEMARK this past weekend. They not only represent a big success for Fathom, The Kendrick Brothers, and Kirk Cameron Entertainment, but they also go to show the value that faith-based content brings to both theater owners and moviegoers alike.”