Live From Jerusalem: The Long-Awaited Worship Session Happened, “The Blessing” 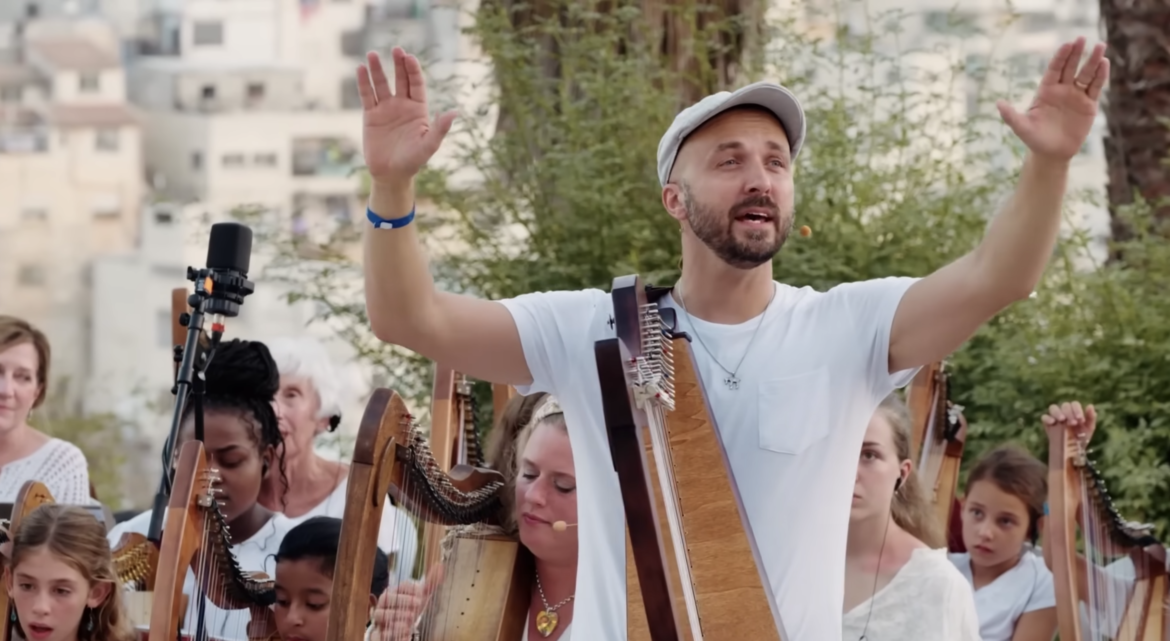 Live from Jerusalem, the long-awaited worship song, “The Blessing,” from 144 Harpists finally happened.

On October 3, 2022, worshipers from 140 different nations congregated in Jerusalem to minister to the King on the Southern Steps of the Temple Mount. And among them were 144 harpists from 35 different countries, including Israel.

“We’re honored to have the opportunity to teach, encourage, and build up communities to worship the King with harp music. And that’s in Israel and in all nations! And now, we’re excited to release the heavenly sound of all nations coming together and ministering to the King with harps,” the King’s Harpists said.

Their ministry has been praying and serving the Kingdom of God since 1987, and have been clearing the way for the King of Glory. In Jerusalem, Israel, the Isaiah 19 Highway, and all nations. They called it ‘Jerusalem House of Prayer for All Nations’, a multifaceted global ministry centered in Jerusalem on the Mount of Olives.

Many people from all walks of life are part of this huge call, which is very empowering to see! 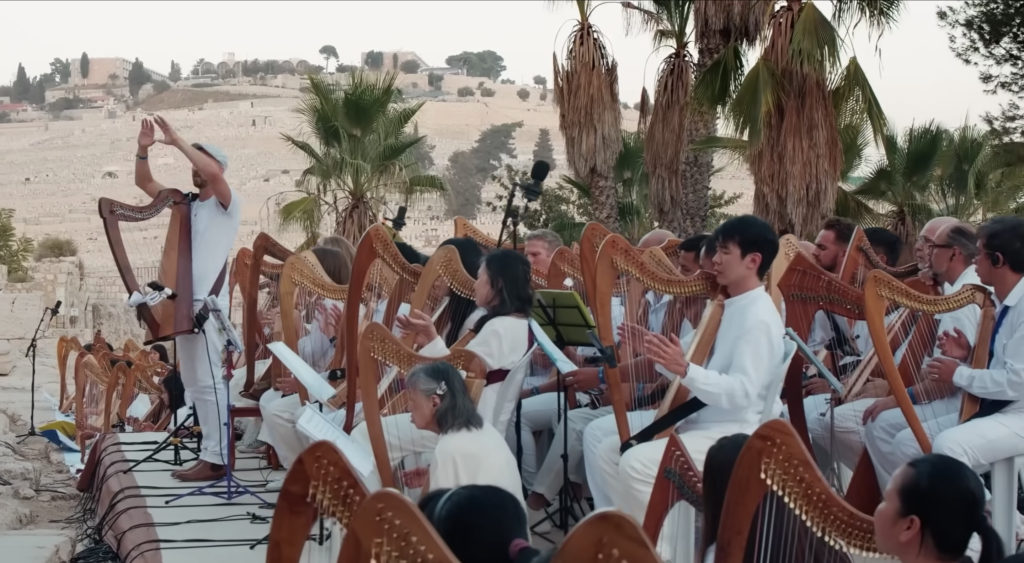 Live From Jerusalem: The Long-Awaited Worship “The Blessing”

Cody Carnes, Elevation Worship, and Kari Jobe composed this song, “The Blessing.” But they didn’t know that many people, Christians and non-Christians alike, would be comforted by this hit worship song.

And perhaps there really is something exemplary about worship songs that come straight from the Bible. It is said that “all Scripture is God-breathed.” And this “God-breathed” inspired song didn’t just reach America, but also Jerusalem.

In the video, it can be seen that the first verse and a few verses after were translated in their language. One hundred forty-four harpists joined and played to worship the King at the very capital city of Israel! 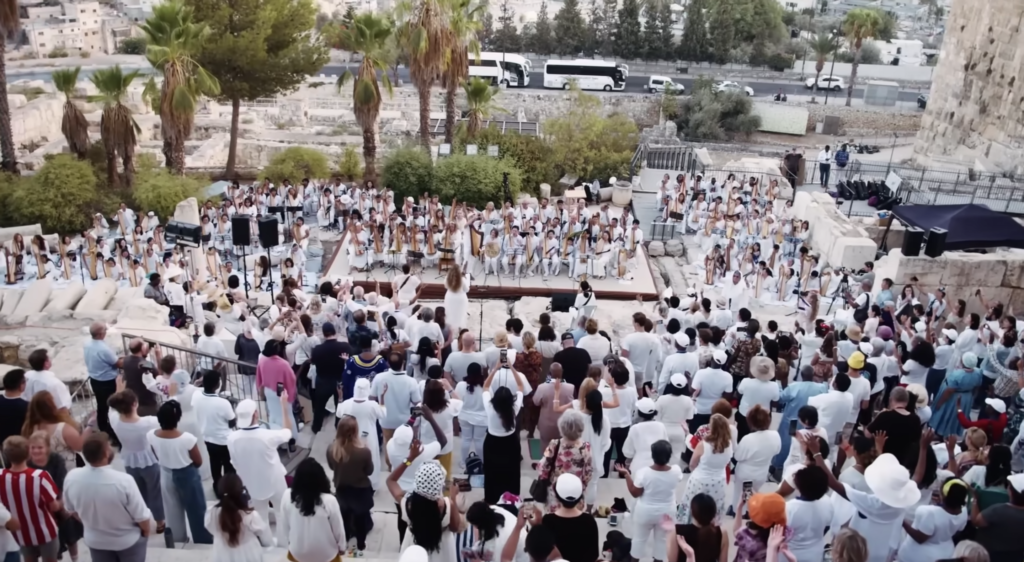 Though the original song and translation is already empowering, it is also inspiring to see people from different tribes and nations worship God in their own language!

And people couldn’t help but comment how it moved them:

“SEEING THIS MADE ME 😭❤️ IT WAS LIKE WHAT I SAW IN MY DREAM ENTERING THE NEW JERUSALEM WHERE ANGELS GIVING CERTIFICATES TO PEOPLE OF ALL AGE, YOUNG AND OLD AND WITH ANIMALS. LIKE GRADUATION DAY. ALL WEARING WHITE AND THEN ENTERED THE GATES WHILE SINGING PRAISES AND SINGING THE LORD’S PRAYER. YES, THE KING IS READY AS ALWAYS. GOD BLESS!”

“I need this to be my morning wake up and praise Him song.”

“Gives me chills chills. Thank You Holy Spirit for everything, ministering and leading me to this video.”

Watch more of their videos HERE.

It's humbling, yet liberating, to know that we can now possibly reach millions with one post. May it be through a photo, a video, an article, or an artwork. That's why I'm passionate about Digital Media, for we can save a soul one post at a time. And through it, we can see "that in the name of Jesus, every knee should bow, in heaven and on earth and under the earth, and every tongue declare that Jesus Christ is Lord, to the glory of God the Father." Let's reclaim the Media for Jesus!