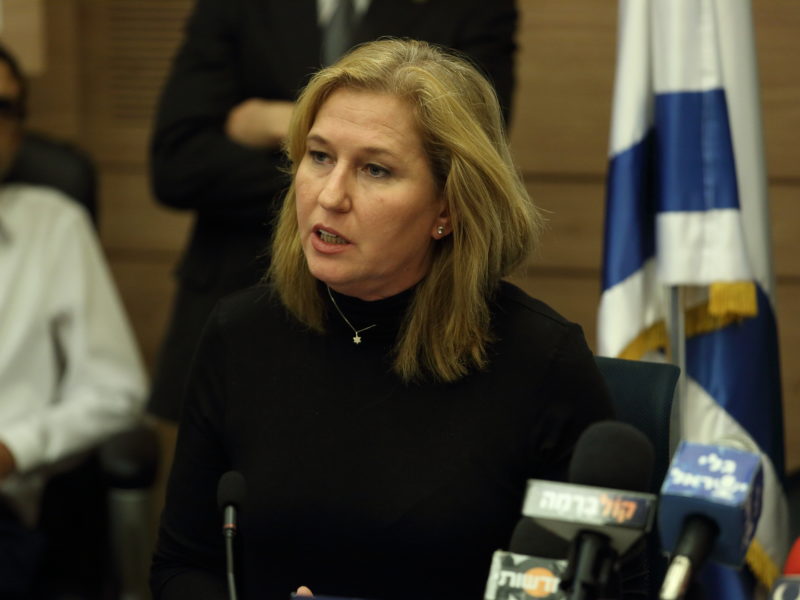 Israeli Opposition Leader MK Tzipi Livni’s meeting with Palestinian Authority Chairman Mahmoud Abbas (Abu-Mazen) on Tuesday evening was intended at preventing an escalation in the security situation in Judea and Samaria, Livni told Israel’s Channel 10 News on Wednesday. Livni met with Abbas in New York on Tuesday, during the United Nations General Assembly, which is taking place this week.

According to Livni, the objective of the meeting was also to prevent an escalation in the security situation in Judea and Samaria, as well as to try and help promote a solution for the crisis in Gaza and to give a chance to the American peace plan.

“It is my duty to do all that is in my power in order to contribute to solving the crisis in Gaza, to act against Hamas and to give a chance to the American plan,” said Livni, pointing out that the Israeli, American and Egyptian attempts have been “unsuccessful thus far.”

“Instead of exchanging blame, which only serves internal politics, action is needed,” Livni continued, adding that the standstill “only serves the extremists.”

For just $100 per month you can bring the gospel to 10,000 homes. Join us as media missionaries! GIVE NOW
VIEW COMMENTS
« Caught on Camera: Little Kid Revived By Rescuers After Almost Drowning Sustainable Investing: Treasure the Human Factor »