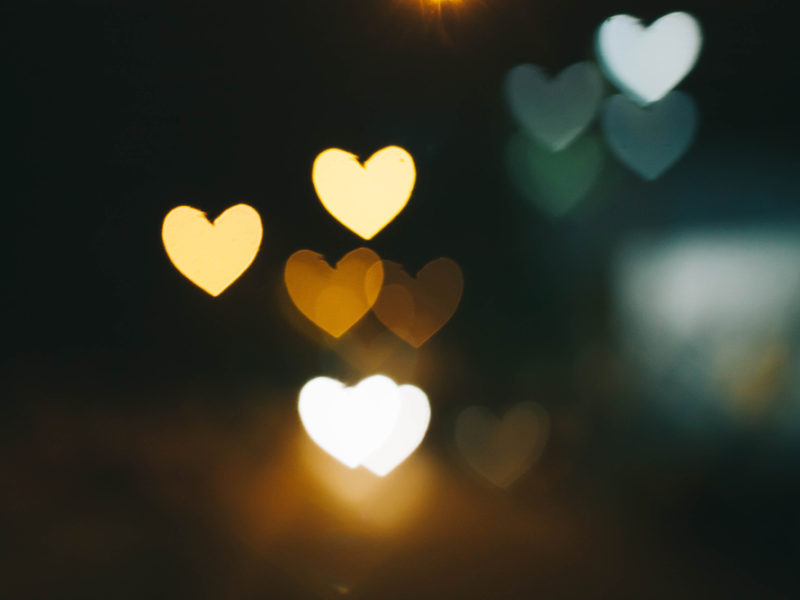 The story is told of a desert nomad who awoke one night with an insatiable appetite. The nomad lit a candle and looked around his tent for something to eat. His eyes eventually focused on a bag of dates propped up in a corner. Being extremely hungry, he reached into the bag and pulled out a date. He took one bite and spit it out. Inside the date he discovered a worm. But he was so hungry that he reached back into the bag, grabbed another date, and proceeded to bite into another worm. He even tried a third date, but all he got was a mouthful of worm. You would’ve have thought he’d stop eating; instead he blew out the candle and in the darkness of his tent ate the entire bag of dates.

Within every human being there’s an insatiable appetite for happiness and fulfillment. The desire is so strong that at times people will blow out the candle of their conscience, regardless of the “worms” or the consequences of their choices. Even though they know better, they choose to suffer the consequences just to experience a passing moment of pleasure.

The American theologian Jonathan Edwards understood this universal longing for happiness inherent in every man and woman. He wrote in “Christian Happiness”:

“They certainly are the wisest men that do those things that make most for their happiness, and this in effect is acknowledged by all men in the world, for there is no man upon the earth who isn’t earnestly seeking after happiness, and it appears abundantly by the variety of ways they so vigorously seek it; they will twist and turn every way…to make themselves happy men. Some will wander all over the face of the earth to find it; they will seek it in the waters and dry land, under the waters and in the bowels of the earth, and although the true way to happiness lies right before them and they might easily step into it and walk in it and be brought into as great a happiness as they desire, and greater than they can conceive of, yet they will not enter into it. They try all the false paths; they will spend and be spent…endanger their lives, will pass over mountains and valleys, go through fire and water, seeking for happiness amongst vanities, and are always disappointed, never find what they see for; but yet like fools and madmen they violently rush forward, still in the same ways. By the righteous are not so; these only have the wisdom to find the right paths to happiness.”1

It’s disturbing to me that Christians have been taught to suppress their deepest desires for happiness and pleasure. Over the years I’ve heard ministers emphatically declare, “God isn’t interested in whether or not we’re happy. All He cares about is that we glorify and serve Him.” I would agree that God’s glory should be the primary focus of our lives. But I would strongly suggest that God is most glorified in us when we are most satisfied in Him.

The greatest way we can glorify the Father is by enjoying Him and finding our ultimate happiness and satisfaction in Him. 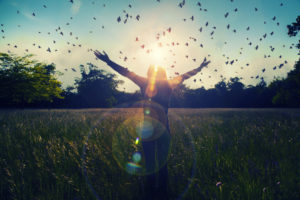 Some of us may be uncomfortable using the word happiness in relation to Christian service. To serve God for our own happiness and satisfaction appears to be selfish, to say the least. We tend to measure the value of an act of service by the amount of pain and sacrifice that’s required. Doing something simply for enjoyment seems to devalue the act.

In reality, we always choose what we think will ultimately give us the greatest happiness and pleasure. Even if we make decisions that are painful and costly to us, we believe that such choices will produce the greatest fulfillment in the long run.

Hebrews 11:24-26 tells us, “By faith Moses, when he had grown up, refused to be known as the son of Pharaoh’s daughter. He chose to be mistreated along with the people of God rather than to enjoy the pleasures of sin for a short time. He regarded disgrace for the sake of Christ as of greater value than the treasures of Egypt, because he was looking ahead to his reward.”

Moses found himself captivated by a greater pleasure. He discovered the happiness that obedience can bring. Moses looked beyond the temporary pleasures of sin and embraced the eternal rewards that would one day be his. In other words, he believed that the long-term benefits of obedience far outweighed the short-term benefits of living in Pharaoh’s palace.

God made man to experience the satisfying pleasures of His presence instead of the temporary pleasures of sin. Jesus continually appealed to man’s innate desire for lasting happiness and fulfillment by speaking of eternal rewards and using them as incentives for choosing the Kingdom of His Father.

Get the message? The alternative to the temporary pleasures of the kingdom of this world is the permanent pleasures of the Father’s Kingdom and love. Jesus never calls us to a life of religious misery and obligation. He never compels us to do anything out of religious duty. He invites us instead to experience the pleasures of His heart and the satisfaction of obeying Him and living life with Him.

For just $100 per month you can bring the gospel to 10,000 homes. Join us as media missionaries! GIVE NOW
VIEW COMMENTS
« Then Are You My Disciples, Part 4: Teaching Lauren Daigle Slammed By Some For Singing On The Ellen Show – Critics Silenced By Her Response »