Love Looks Different Depending On Where You Stand | God TV
Articles 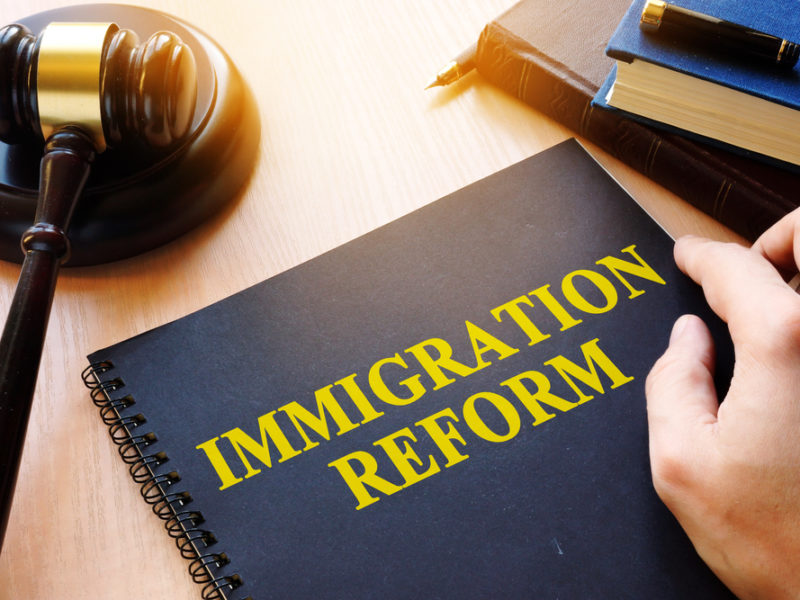 In recent years, there has been in an uproar about immigration in many countries. In the USA the issue has been hotly debated as the media have brought to light how families and children are being treated as they attempt the enter the country at the US Southern border. Many have watched with deep rooted emotional responses to illegal immigrants and how best to handle those who are saying that they are seeking asylum.

However, many in the media are escalating and exacerbating the issue by painting an incomplete picture for the public. One side highlights the reality that the issue is not new, to the neglect of compassion for how people are being treated. The other side sensationalizes the government’s response, to the neglect of historical facts and legal constraints.

Legislators blame the US President for enforcing existing laws while Donald Trump says they can be corrected if legislators change the laws. Supporters of the President and law enforcement agree that border security matters while those who are offended by all things Trump believe that there is no compassion because the law is being enforced. Somewhere in all of the mess is a real truth and a real hope. However, there is also a real reality that love looks different depending on where you stand.

In the USA, there exists a unique form of government. As a Constitutional Republic, possessing three branches, consisting of an Executive, Legislative, and Judicial branch, each is charged differently in how love is expressed.

The Judicial branch is charged by justly interpreting existing laws, tempering justice with mercy. The Legislative branch is charged with writing and creating laws, with compassion, considering that they have been chosen from among the people to represent the people, for the people. The Executive branch is charged with enforcing the existing laws and signing amended or new laws as submitted by the legislative branch. As you can see, the US Government is not in any way formed to function or look like a kingdom, where the king rules sovereignly. Yet, in it, there is a balance of power between it so that love can yet be displayed.

What people are missing about President Trump is that they are blaming him, saying he has no love because he is not showing love how love might be expressed from the Mountain of Family or the Mountain of Religion.

As I think about the position that the President is in, I am reminded of a story in the Bible where Daniel was serving King Darius. He had been a faithful servant as a Hebrew during the exile of his people. Yet, betrayed by those who did not love his closeness to the king, he found himself thrown into the lion’s den. King Darius had been tricked into making a law forbidding anyone from worshiping or praying to anyone other than himself or face death.

Daniel was more faithful to God, and when Darius discovered what had been done, he could not simply change the law because his sovereign rule was final. However, he hoped that Daniel’s God would save him. Like Darius, the President cannot change the law. He does not hold that power. He has shown a great love of executing the law as it written and abiding by the constitutional authority he has been charged with.

He is not heartless to the plight of those desiring to come to America. He has however, made it his mission to put the needs of American citizens first. His love for the Constitution and the law is not appreciated by those who are looking at the issue from the Mountain of Family. His commitment to steward the execution of the law is seen as cruelty.

We have a government that understands that laws are not perfect, yet even in its imperfection, it has a process that must be followed. On the Mountain of Religion, love gets expressed by redeeming a situation in both prayer and fasting, as well as offering hospitality in the interim.

Love indeed looks different from each of these mountains. Love must also require that those who are upon the Mountain of Media communicate the story accurately, truthfully, with integrity and without bias. Without an accurate account there can only be greater confusion, greater unrest, and greater division between the government and the people.

The Mountains that are being shaken can be healed as we recognize how love is properly expressed and working with a proper perspective so that there is greater alignment bringing justice for all; even the stranger and the neighbor to the South.

This article is written by Brian Taylor who is known for his blog APreachasKid. Now a preacher himself, Brian seeks to use every medium available to him to speak life into the lives of others.

For just $100 per month you can bring the gospel to 10,000 homes. Join us as media missionaries! GIVE NOW
VIEW COMMENTS
« 5 Tips on How to be Humble Do You Have Integrity in the Workplace? »