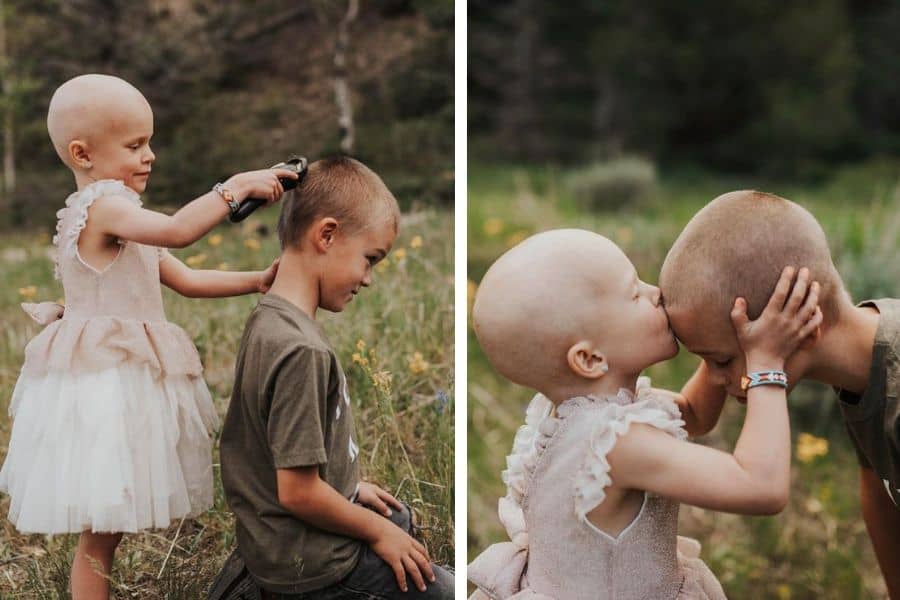 A loving brother shows his love to his little sister who is suffering from a rare cancer by letting her shave-off his hair.

The three-year-old sweet Lulu was diagnosed with stage two Wilm’s in March 2020 and has been undergoing chemotherapy. Wilm’s tumor, also known as nephroblastoma, is a rare type of kidney cancer that occurs with children. This cancer is highly treatable and the majority of the children who suffer from it usually recover after treatments.

Lulu has just completed 11 rounds of chemotherapy when her parents broke the news that they need to shave her hair. Without any hesitation, the brave girl wanted to immediately do it.

“We knew it would take her hair, so we started preparing her by saying, ‘We may have to shave your hair really short!’ She’d reply with, ‘Let’s do it tonight!’ She didn’t let it phase her even when she started brushing out handfuls of hair daily,” her parents wrote in a Facebook post. 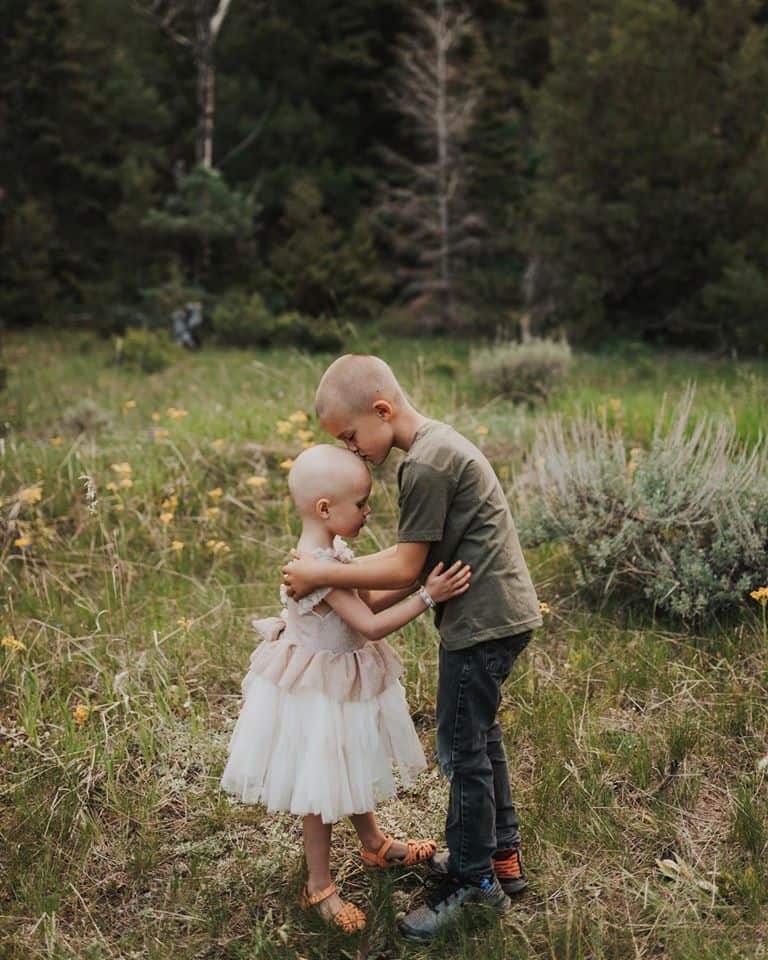 But Lulu was not alone on her journey towards healing, her brother went the extra mile to show his love to his sister. Lulu’s older brother Kohen wanted to also shave-off his hair to show his little sister that she’s not alone.

“The night we decided it was time, her big brother Kohen didn’t blink an eye before saying, ‘I’m shaving mine too!’ He let his sister shave him off along with hers so she wouldn’t endure it alone. He is the best brother. So caring, kind, and compassionate,” they added.

Kohen let his sister shave-off his hair. The wonderful and touching moment was captured on camera by photographer Kristin Bowden.

“Lula got to shave his whole head and she couldn’t help but rub it and kiss his head when it was finished. I’m so happy they have each other, through thick and thin! I am so proud of my babies,” Koen and Lulu’s parents proudly wrote.

Read also: Watch: Emotional Video Of Twin Sisters Shaving Their Hair Off In Solidarity Against Cancer