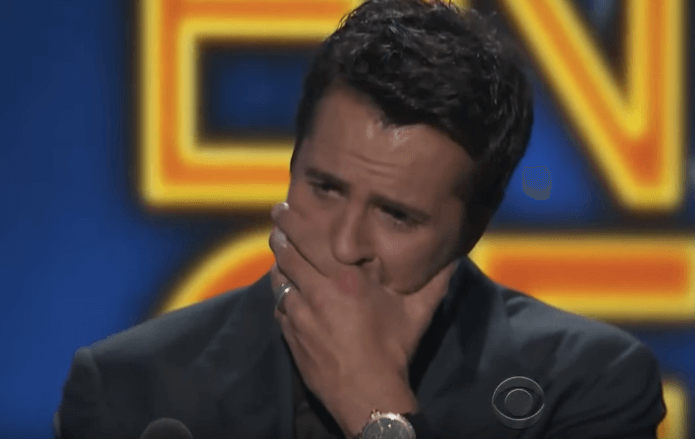 How deeply rooted is your faith in God? Would you be able to find strength and comfort in the Lord if you were to be hit by a serious tragedy? Many of us may never have had to experience anything too terrible and so we have not had to exercise this kind of faith.

Luke Bryan is very widely known for his country music songs which are so popular that he has twice been awarded “Entertainer of the Year” by the Country Music Association. Though his music and performances are upbeat and catchy, Bryan has had more than his own share of heartbreak and pain to battle.

Growing up in Leesburg, Georgia with his two older siblings, Bryan first began playing the guitar and serving at his church at the age of 14 years old. His talent quickly grew into a love for country music and songwriting. By the age of 19 Bryan was ready to move to Nashville and seriously pursue a career in country music.

However, before Bryan made the official move, his older brother Chris was suddenly killed in a car accident. The three Bryan siblings were incredibly close and so losing his brother came as a very painful blow to the entire family. Bryan knew he would need to stay home to be close to his family and so he halted all of the big plans for his move.

“I was never convinced I’d get back to Nashville, but I didn’t spend time on ‘Should I go or should I not?’” Bryan recalled in an interview with PEOPLE. “It was just ‘Not going.’ Your mother had just lost a child. At that point, her youngest son was not going to leave the house. Chris’ dying got me a little more mature.”

After some time Luke Bryan did eventually make his way out to Nashville and began building his career. Years went by and Luke Bryan was just releasing his debut album when tragedy struck the family again in the death of Luke’s older sister Kelly.

Even with the second heartbreaking death for their family, the Bryan’s clung to the Lord for strength.

“The losses gave me such a deep perspective of life; how tough it can get at any second,” Bryan shared. “You question it every day, but you have to revert back to your faith in God’s plan.”

This is the kind of deep trust in the Lord that is required for such heartbreaking circumstances – pain that Bryan and his family are no strangers to. In 2014 Kelly’s three children were left completely parentless when Bryan’s brother-in-law passed away from a heart attack.

Bryan his wife Caroline Boyer immediately invited their young nephew Til to come and live with them so that Til and his two older sisters could have a place and people to call “home.” 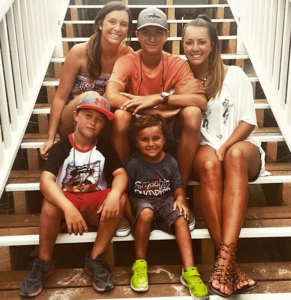 Though Bryan has suffered the intense heartbreak of losing three close family members, he is determined to not let that pain break his faith in God, but instead use it as a powerful testimony to others!

“We feel like if we just stay positive through this, maybe we’ll be a positive inspiration for people that had these things happen to ‘em,” he shared. “You just have to plow on and play the hand that’s dealt.”

Praying that Luke Bryan’s testimony would be the inspiration you need today to face the sufferings in your own life.