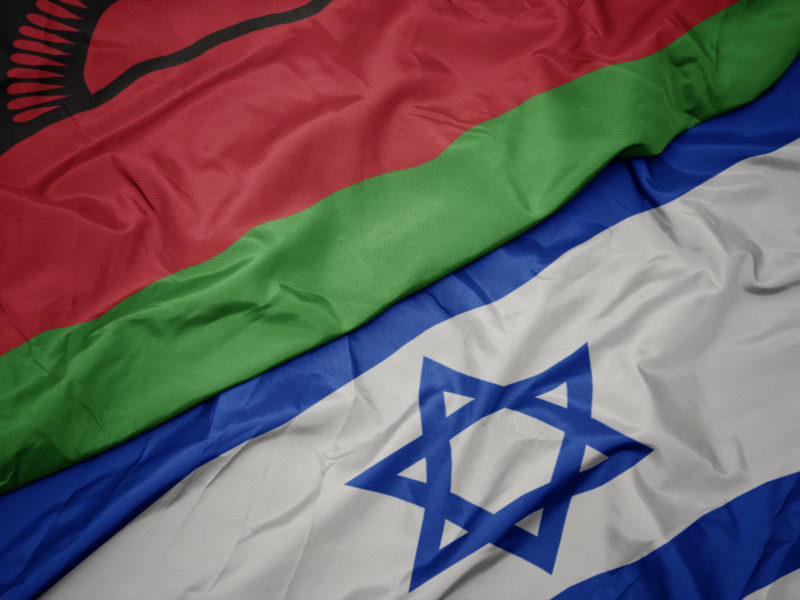 Malawi will relocate its embassy to Jerusalem by the summer of 2021, Malawian Foreign Minister Eisenhower Mkaka announced on Tuesday, becoming the first African country to make the move.

Mkaka arrived in Israel for an official visit and met with his Israeli counterpart, Gabi Ashkenazi.

“I would like to congratulate the Malawi government on the important decision to be the pioneer, and the first African country to establish its embassy in Jerusalem,” Ashkenazi stated after the announcement.

“This decision is further proof of the connection between the countries and the expansion of the peace circle. The city of Jerusalem, the eternal capital of the State of Israel, will be a bridge of peace to the whole world,” he declared, calling on other countries to follow in Malawi’s footsteps and move their embassies to Jerusalem.

Israel’s historical ties to Malawi are decades old. Nyasaland, Malawi’s name before its independence, granted refuge to persecuted Jews during the Holocaust.

Malawi is one of the only countries in Africa whose ties with Israel have been continuous since 1964. For many years, Israel has provided significant assistance to Malawi, with an emphasis on agriculture.

Malawi’s announcement comes just days after the Dominican Republic announced on Friday that it is considering the possibility of transferring its embassy in Israel from Tel Aviv to Jerusalem.

If it completes that move, the Dominican Republic will be joining the US and Guatemala which have relocated their embassies to Jerusalem.

Honduras, which has a commercial office in Jerusalem, said that it will relocate its embassy to the capital by the end of 2020.

Serbia announced in September it will relocate its embassy to Jerusalem, and following Israel’s decision to establish diplomatic relations with Muslim-majority Kosovo, Kosovo has announced it will open its embassy in Jerusalem.

The Czech Republic has a cultural and trade center in Jerusalem, and Brazil has a trade office in the capital.

For just $100 per month you can bring the gospel to 10,000 homes. Join us as media missionaries! GIVE NOW
VIEW COMMENTS
« Kentucky Church Praises God For Healing Three Deaf People During Church Service Man Says ‘It Was God’s Work’ After Two Women Rescued Seconds Before Car Exploded »