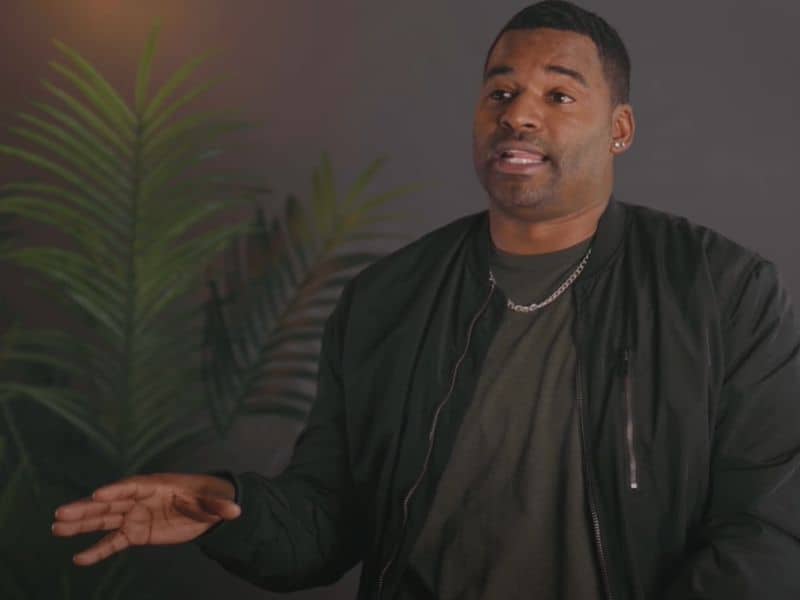 Born addicted to drugs and eventually selling drugs, Malik Edwards’ life was in darkness. Although he knew God called him at a young age, he didn’t really know God. But at his lowest time, Jesus came into his prison cell and changed his life since then.

In a testimony video by Delafe Testimonies, Malik shared his life story and how Jesus turned his life for His glory.

He recalled that his first experience of God’s miracle was at his first breath. Malik’s mother was addicted to heroin. And throughout her pregnancy, she did not stop doing illegal drugs. So, he was born with several infections, and he almost did not make it. But, God has an excellent plan for Malik.

Subsequently, Malik got separated from his mother and was adopted. Throughout his childhood, he was sensitive to the supernatural. He would see angels and demons. But, growing up in a household where the supernatural is not in their language, Malik only got confused and terrified.

When he was 9-years-old, his adoptive family terminated his adoption. It was the starting point of his rebellion.

He began to get involved in drugs while he was still in school. Eventually, he created a small gang where they could sell drugs to others.

Jesus Came Into My Jail Cell! 😳

But although Malik was an addict at the time, God did not give up on him. He heard the audible voice of God calling him to be a preacher to the nations.

Even so, Malik would go back to his old ways. And then, under the sovereign hands of God, Malik was put in prison.

It was all part of God’s plan. The jail made Malik closer to God.

Jesus Walked Into My Prison Cell

He joined a Bible Study and got to know Jesus. One day, he knelt and accepted Jesus as his Lord and Savior in his own cell.

Suddenly, Jesus came and walked into his room. “Jesus came like a light, and he came to my prison cell. And when I looked at Him, I just became undone,” Malik recalled.

“I said, ‘Jesus, many people say they can’t see you and they can’t hear you. But, I’m going to serve you. And one thing I ask is I want to see You for the rest of my life, and I want to hear Your voice.”

Malik got out of the prison earlier than scheduled, and he started to live out his calling.

And truthfully, Malik’s ministry is marked by seeing Jesus and hearing His voice.

Today, Malik and his wife, Ashley, served as lead pastors at Relentless DC in Springfield. They have spoken to many congregations across 70 nations and taught people about Jesus.