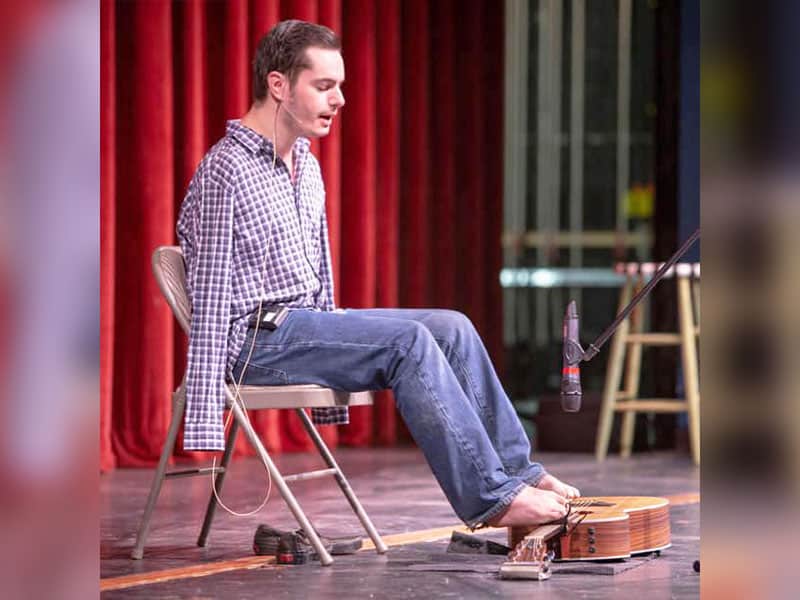 A man born without arms amazed everyone when he struck the guitar’s strings playing worship music with his feet.

George Dennehy was born without arms and came close to death in a Romanian orphanage. Then at the age of one, a family from the United States adopted him. At age eight, he learned cello and then self-taught guitar, electric bass, and basic piano. 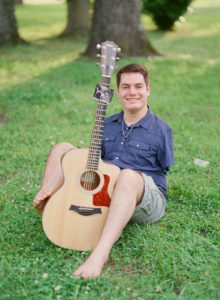 In a video that went viral, George played guitar with his feet. He struck the musical instrument’s strings and, with an incredible voice, sang Jesus Culture’s “How He Loves.” The crowd watching him worship were all stunned by his talent despite his condition. Moreover, people who watched the video online poured out their support and love for him.

One Facebook user, RG Buenafe Gutib, commented, “God is so great. We cannot really deny to learn music for God’s glory. This man is an example of how God is so worthy to be praise.”

Another by Nina Bir Novan said, “So beautiful, such, an inspiration for all of us, strong and powerful! Keep up with the good work.”

The video blessed and inspired millions with now having over 34,000 shares on Facebook alone.

According to Premiere Speakers Bureau, George gained worldwide attention after posting Goo Goo Dolls’ “Iris” on the Internet. The Goo Goo Dolls band noticed and invited him to perform with them to an enthusiastic and excited crowd of 7,000 fans at Musikfest in Bethlehem, PA. George then made headlines, and his story became known to the world.

Today, George travels full time for ministry and inspires the world with his music and story. He was able to speak at a TED Talk and was a guest on television and radio all over the world. He “had tens of millions of YouTube views and also has released a CD of original music titled ‘Have my Heart.'”