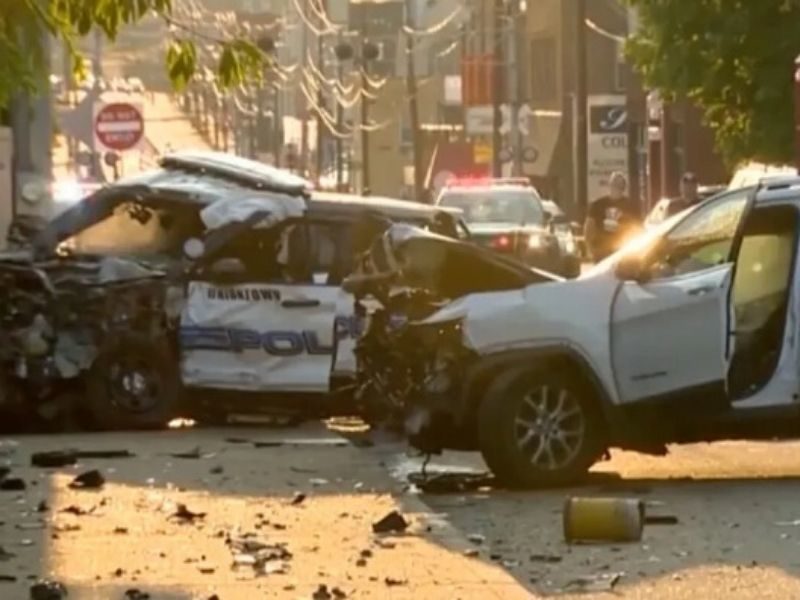 A man previously, wrongly imprisoned risked his life to save a police officer from his burning car.

A car crash involving a police cruiser happened outside the apartment of Daylan Mclee in Uniontown, Pennsylvania. The crash was so loud Mclee thought it was just a small earthquake. But when his relative told him of the accident, the 31-year-old immediately took action. He sprang out from his house and pulled out police officer Jay Hanley from the disheveled car before flames totally consumed it.

“I don’t know what came across me, but I ripped the door open and just pulled him to safety across the street,” Mclee told Fox News.

Hanley’s family and fellow police officers thanked Mclee for his quick action. They commended him for his bravery and putting his life on the line to save another life.

Mclee said, “There is value in every human life. We are all children of God and I can’t imagine just watching anyone burn. No matter what other people have done to me, or other officers, I thought, ‘This guy deserves to make it home safely to his family.’”

Apparently, Mclee had run-ins with the law these past years. He filed a lawsuit in 2018 against four Pennsylvania State Police Troopers for wrongful arrest. He went to a bar to pick up his sister. But a fight broke out and Mclee disarmed a man with a gun and threw the weapon aside. A police trooper shot at Mclee, claiming Mclee pointed a gun towards him. Mclee got imprisoned for a year, spending time away from his family and sick mother. The jury discharged Mclee after reviewing a security camera invalidating the police trooper’s claim.

He had another run-in a few months ago when he fled from police officers who approached them with plain clothes and guns drawn. He did not know they were police then until they shouted their identity. After he submitted to the police, he was still charged with fleeing and resisting arrest. But he said an officer kicked him in the face during the arrest and he plans to press charges against him.

But despite all the injustices and prejudice, Mclee chooses forgiveness.

“We need to work on our humanity … that’s the main problem of this world,” he said. “We’re stuck on how to get up or to get even, and that is not how I was raised to be. You learn, you live, you move on and I was always taught to forgive big. You can’t base every day of your life off of one interaction you have with one individual.”

Alec Wright, Mclee’s attorney, said, “Over the course of his life, Daylan McLee has had multiple, unjustified encounters with police officers just because of the color of his skin,” Wright said. “Those encounters make him the perfect candidate to hate and resent the police. But, that is not Daylan… The answer is not to disregard human life; the answer is to accept it for all that it is. That is Daylan.”

For just $100 per month you can bring the gospel to 10,000 homes. Join us as media missionaries! GIVE NOW
VIEW COMMENTS
« Pregnant Woman With Large Tumor In Uterus Kept Her Baby Because Of God’s Promise Rebecca St. James Says God Radically Called Back Into Music After Retiring 7 Years Ago »