BREAKING
Israel-led Team Solves Mystery Why Lightning Strikes Fewer Times Over The Ocean...
Tourism In The Holy Land Is Soaring Back Up To Pre-Pandemic Highs
Lapid Speaks Directly To Palestinians—Offers Them “Another Way” Out Of The Ongoing...
Home Articles Man In Wheelchair Miraculously Takes Care Of His Paralyzed Father

Man In Wheelchair Miraculously Takes Care Of His Paralyzed Father 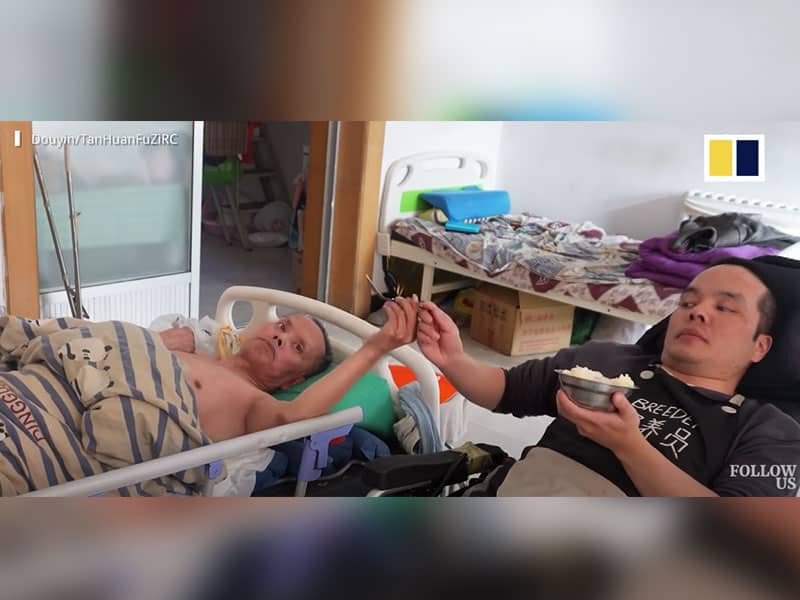 A man from China inspires the world with his kindness in caring for his paralyzed father even when he is in a wheelchair and can only move his arms and hands.

In 2008, Zhang Xiaodong was diagnosed with Ankylosing Spondylitis. Three months after his diagnosis, his condition worsened to the point he could no longer walk or stand. And doctors say there is no cure.

Zhang and his bed-ridden father used to live with their relatives. But they decided to move out to lessen their burden, because they were having a hard time already.

“My relatives are suffering economically and mentally because of our conditions. They are very stressed and are having a hard time,” he said. “So I want to do something to ease their burden. I can’t be selfish.”

Thankfully, the government supports a $110 monthly for his needs. However, he opted to take care of his dad because he couldn’t afford to hire a caregiver. Hence, even with his disability, he cooks, goes to the market, feeds his father, gives him a sponge bath, mops the floor.

On top of that, Zhang can also take care of himself well. And he records that by uploading a video on social media where he would upload his daily life. It began last year so he could raise funds for his joint surgery. And as a result, many people volunteered to help them. A doctor even offered to check if surgery was possible to fix his condition. 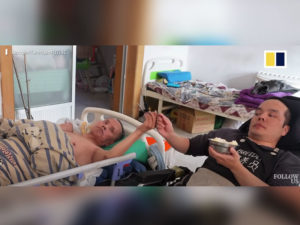 “It’s easy for me to give up on myself, but I have my father,” he said. “Although I’m not giving him the best care if I’m gone, my father’s life wouldn’t get better. It would only get worse.”

Then he remarked, “I really can’t leave him alone. I must take up the responsibility and keep trying.”

Further, he reasoned, “I really want to undergo surgery so I can stand up again and take good care of my father, aunt, and uncle. They’re getting older, but don’t have children to look after them,” he added.

“This is my only goal, and I’m striving toward it,” Zhang said.

Zhang’s life is an evidence of how God really takes good care of His children. He will never be overwhelmed by His children’s needs, no matter how big they may be.