Man Miraculously Healed From Stroke After Crying Out, "God, You Got To Help Me” | God TV
Articles 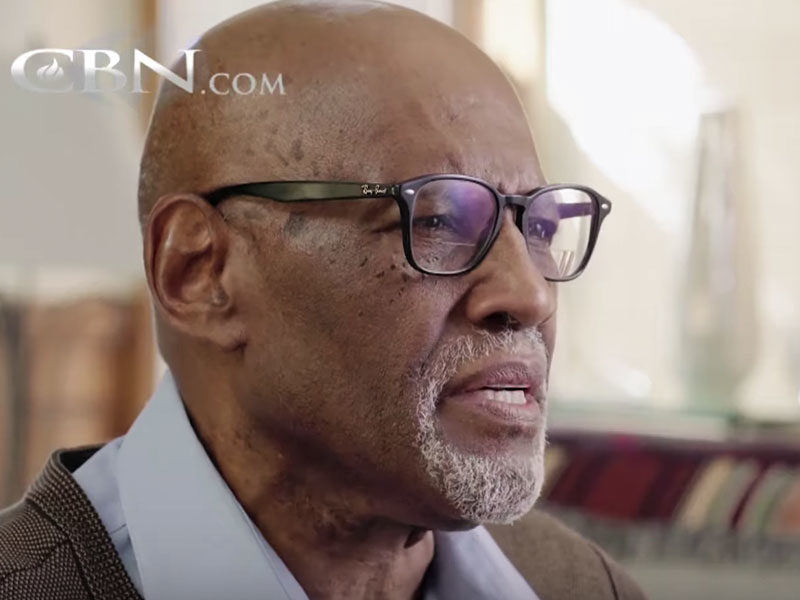 A man from Virginia testifies being miraculously healed from stroke after crying out to God, “You got to help me.”

In May 3 of 2019, Maurice was suddenly began feeling strange.

“Felt sparks coming all through my head and I was totally out of control,” he recalled. “I screamed and I fell to the floor.”

His wife Earlene then found him laying on the floor. He couldn’t move or speak. So she prayed for him and immediately called 911.

The wife said, “I prayed that he be completely healed from the top of his head to the soles of his feet, and that he would have no, side effects or anything like that.”

Maurice was rushed to nearby Chesapeake General Hospital in Virginia. And while in route to the hospital, he cried out, “God, you got to help me.”

He went through CT scan. But while the technician was “injecting an imaging dye into his brain, Maurice felt something change.”

“I began as that dye went in to feel like, ‘Hey, I’m coming back again. The dye is washing,’” he exclaimed. “And I felt myself getting whole again.”

“I just said, ‘Lord, you’ve done this,’” he proclaimed. “Whatever happened to my body, I’m healed.”

The miraculous healing from God prompted Maurice to share God’s goodness with everyone in the room.

“The nurses and people who came in to clean the room. All I could just say what a good God that I served and how He’d healed me so,” he said.

Later the next day, the MRI results confirmed he really had suffered a stroke.

MRI Technologist Ashley Bassinger explained, “It was on the left side of his brain, so that will affect the right side of your body typically. When he came for his MRI, he really didn’t have any deficits. They had all subsided.”

But unknown to Maurice, his healing released a miracle to someone else in the hospital too.

The Nurse Found Freedom In God

A nurse, Ashley, began sharing her pain and troubled heart with Maurice as he continued to share God’s goodness to everyone.

Maurice recounted, “She (Ashley) began to say, ‘You know, I’m angry with God. I lost my father. God took my father.’”

“I was really unhappy with my relationship with God because I didn’t understand why my dad got taken from me. I almost was so angry, like I could feel it every day. Like I was carrying it with me.”

“And I said, ‘Oh Ashley, your father is still alive. He still in you,’” Maurice told her. “And I just told her how much love God had for her.”

Today, Ashley knows that all her anger and resentment against God were washed away in that moment.

She admitted, “This man is here, this is your angel. He’s been sent to you to let you know that God is all around and everything has happened the way it’s supposed to happen. It was amazing.”

“I know that God is with me every day,” Ashley testified, “And you just never know when something’s going to happen to you to change your life. By me talking to Mr. Hilliard for a half hour, maybe, you know, I helped him, but he changed my life forever.”

“If Ashley could say, ‘God sent you by here from me,’ And I had a miracle. And if it took that, God, for You to get the glory, God it was worth it all. It was worth it all,'” Maurice said in tears.

For just $100 per month you can bring the gospel to 10,000 homes. Join us as media missionaries! GIVE NOW
VIEW COMMENTS
« PA Enacts Emergency Measures Following Discovery of Corona in Bethlehem World Boxing Champion Evander Holyfield Reveals How Jesus Helped Him In The Past »