Man Paralyzed For 15 Years Fulfills Desire To Be Baptized 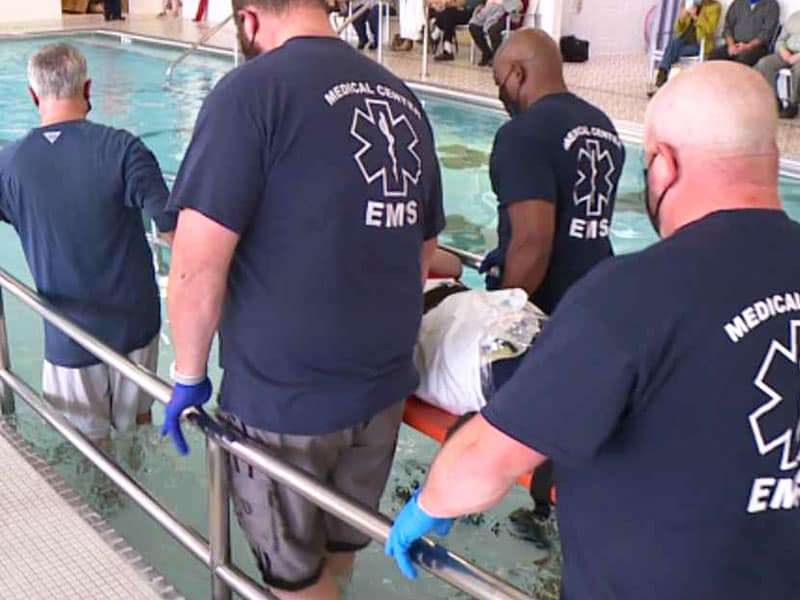 A man that has been paralyzed for 15 years has been longing to be baptized in water. His family and friends went to the effort to make it possible for him.

Benjamin Pratt was 14-years-old when he and his friends were in a horrible car accident. The incident happened when they crossed over a bypass in Humboldt. The accident took the life of his friend and left him paralyzed.

Fulfilling Wish To Be Baptized

For 15 years, his mom Sherry Pratt has been taking care of him. The young man needs 24/7 care because he has little control over any muscles below his neck. Additionally, he can only communicate by blinking his eyes. The now 29-year-old has longed to be baptized. So, friends and family went out of their way to help make it happen.

Benjamin was baptized in a swimming pool while his family and friends cheered him on. 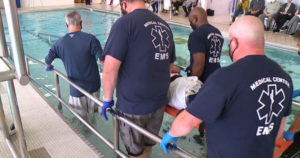 “There is no words. We waited for a while and Ben was thrilled. I don’t think he slept in a week,” his mom revealed.

“We’re all just ecstatic. We are so grateful for everybody that has put in all this hard work for us.”

The Operations Manager for Medical Center EMS, Paul Spencer, and other staff helped Benjamin with the baptism. He said, “EMS services took care of him then. His family and the nurses have done great care for him over the last 15 years, and we are just excited to be here on this day.”

Moreover, Paul’s tears welled up when they saw Benjamin smiling big when they lowered him into and out of the water.

“I wasn’t nervous at all at that point,” he said. “He smiled at us real big right before we lowered him in, and he was still smiling big when we brought him back out.” 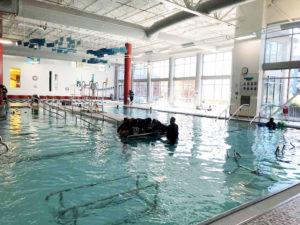 Meanwhile, Pastor Randy Kea, who performed the baptism, admitted it’s the most unusual baptism he’s been a part of. But he’s delighted to have witnessed it through the life of Benjamin.

“This was a combined effort of several different folks and authorities and people, and so we are all just really thankful. I know the family is too. I already had all assurance that he wanted this, but that confirmed it even more and I was glad to be a small part of it,” he stressed.

“I’ve been doing this more than 40 years. And I can tell you I’ve never done a baptism like this, and that’s fine,” the pastor further added. “Benjamin expressed a desire to do this because he’s a believer, and I’m glad it could come together for him.”