Man Prays For Walmart Truck Driver: ‘I Started to Choke Up. Can I Pray for You?’ | God TV
Articles 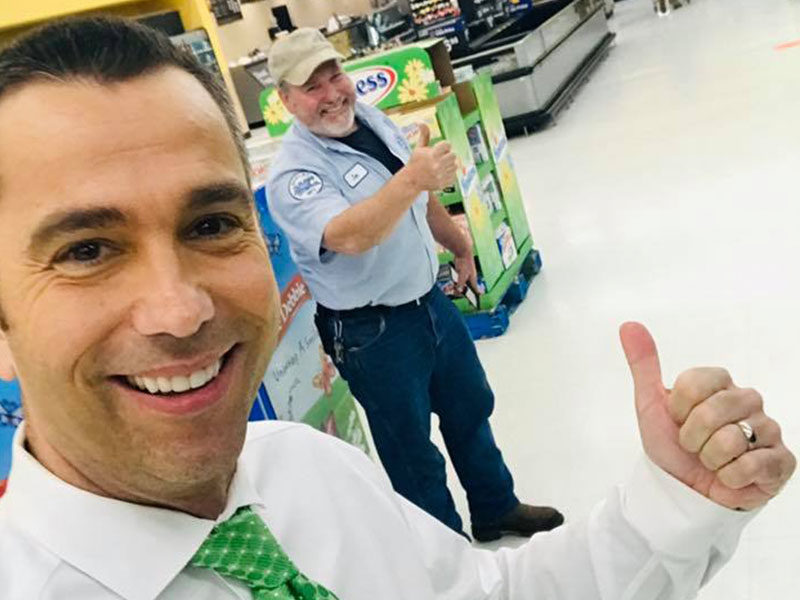 A Christian news anchor meets a Walmart truck driver and honors him for keeping America in good hands by offering him a prayer.

Greg Adaline went to Walmart to grab a few items he needed. He grabbed some milk in the back cooler and turned to head toward the checkout. Then he noticed a man standing near the Hostess display watching shoppers clear the shelves.

The man wore a starched blue uniform and a hat. He looked at his hands and saw they were rough.

“It looked like he put in a good day’s work,” Greg said.

But the man wore a smile on his face. He then approached the man and said, “Kinda crazy isn’t it?” – I asked, referring to the shelves that were quickly becoming sparse…”

The man chuckled and replied, “It is… I’ve never seen anything quite like this.”

Greg also noticed that he had a patch on his uniform. But he couldn’t read it from the safe “social distance.”

When the news anchor asked what he does for a living, he found out that he’s a Walmart truck driver. And then, for some reason, Greg started to choke up.

The man then shared a conversation with Greg about his long days on the road. Further, he shared “how vital his work is to our present predicament as a Nation.” Especially that “he is now greeted and received by the public as he carries a truckload of food and supplies to stores…”

Also, more people now have a whole new appreciation for his line of work. And what he’s doing is no longer a job but a mission.

The man further added how his wife’s prayers always kept him safe while on the road.

Greg then felt compelled to pray for him. So he asked, “Can I pray for you?”

He agreed, and Greg prayed, “Dear Lord- thank you for this man… and the critical job he is doing to help during this crisis. Keep him safe and healthy. Bless him and his wife. We pray that this situation our country faces would soon pass with Your divine help. In Jesus name- Amen.”

Surprisingly, the man offered him a prayer too. Thus, they ended praying for each other.

Greg went out of the store reminded how America is certainly in good hands because of people like him.

“Doing incredible work- without fanfare, to benefit us all,” he concluded.

For just $100 per month you can bring the gospel to 10,000 homes. Join us as media missionaries! GIVE NOW
VIEW COMMENTS
« Millions Coming To Christ In China Despite Suppression And Persecution The Importance Of Being Encouraged! »