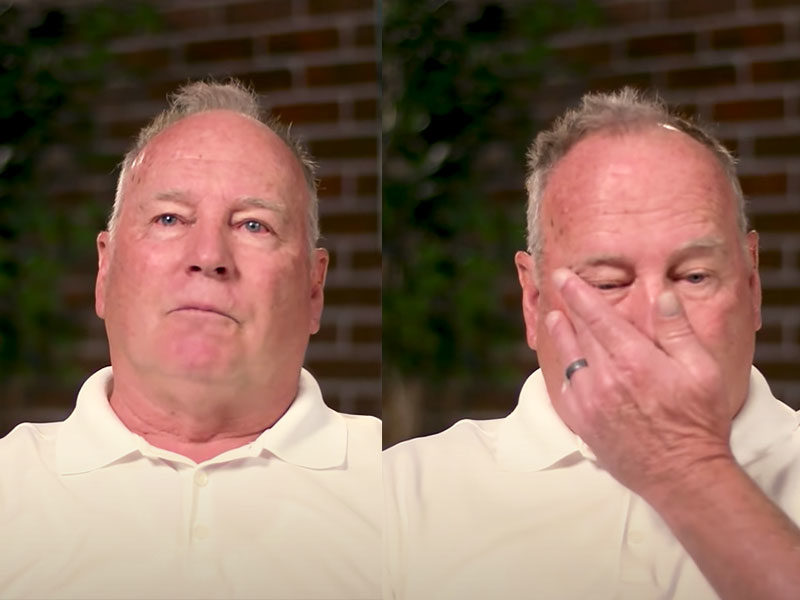 A man who was pronounced dead for 20 minutes went to heaven and met God. And after 39 years, he finally reveals his very personal story to give hope amidst this pandemic’s trying times.

At 28 years old, Scott Drummond had an encounter with God that drastically changed his life. It happened when he got into an accident while on the ski slopes in Park City having a good time, skiing all day. It dislocated his thumb, of which the 28-year-old then had to undergo surgery. So, he scheduled an operation. But unexpectedly, what was supposed to be a simple operation turned into a life-threatening situation during the procedure.

It happened after the nurse attending to him during the operation forgot to close the first valve that needed to be closed in his arm. That’s when Scott felt a sensation of something going up into his arm and crossed into his heart. And the next thing he knew, his soul went out of his body and he watched himself during the operation.

But Scott noticed that he wasn’t alone watching from above. Someone was beside him. He never saw His appearance, but it was as if he knew the Person. They spoke through the mind, no talking. But he could hear the doctor talking. Nonetheless, they sat together and watched the operation.

Scott watched every stitch that the doctor put into his thumb. And he also saw the nurse running out of the room, saying that she killed him.

Dead For 20 Minutes And Went To Heaven

Shortly after, in the blink of an eye, the Person took him to a field. In the field, he saw beautiful, magnificent flowers and tall grasses about waist-high. He stood there, and the Person who escorted him suddenly disappeared.

However, Scott could never forget the deep peace he felt in that place. And in front of him, he saw a white cloud. Suddenly, he started watching a video of his life from the day he was born until 28 years old. He saw everything that he’d done in his life, good or bad. He was being judged for what he had done.

“I remember some of it hurt. Some of it made me feel good. But it was what it was,” Scott recalled.

He then realized how his goal in life was to get ahead and make enough money. He was doing everything for himself and not for his family.

“I knew I had to do better with my life,” he said.

Further, the Voice instructed him in his mind to get up and walk forward. So, he walked up to the white cloud, and a strong arm reached out to him. He reached towards His hand, and He said, “It is not yet your time. You have more things yet to do.” Then He pulled his arm back through.

The next thing he knew, he went back into his body. He didn’t want to come back because it was too beautiful. But he found out that he’d been dead for 20 minutes. Since then, his life was never the same again!

For just $100 per month you can bring the gospel to 10,000 homes. Join us as media missionaries! GIVE NOW
VIEW COMMENTS
« Gang Member Encounters Jesus Christ In His Prison Cell Baby Gets Emotional Listening To Andrea Bocelli Sing »