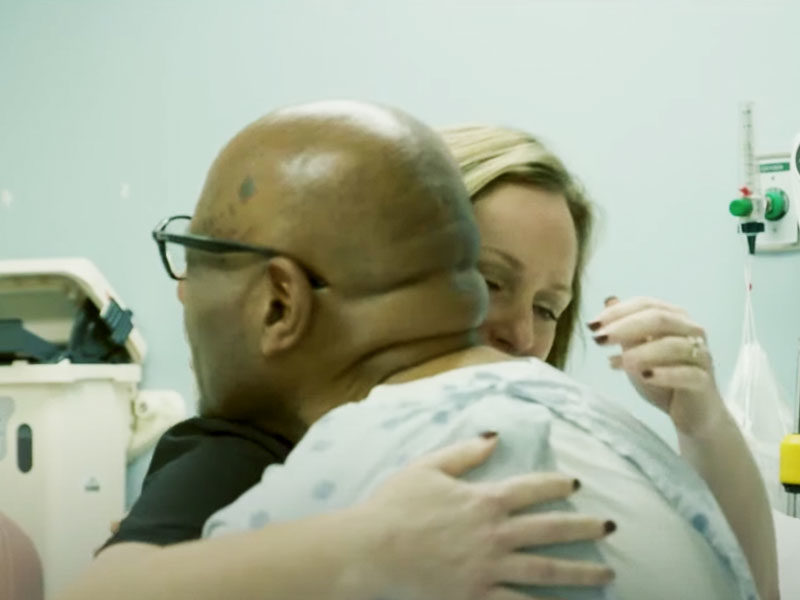 A man who suffered a stroke was miraculously healed and then led a nurse to Christ in his hospital room.

In May 2019, Maurice Hillard suddenly fell on the floor in the bathroom. His wife saw him on the floor unable to speak nor move. At that moment, she immediately started to pray for his healing.

“I prayed that he’d be completely healed from the top of his head to the soles of his feet. And that he would have no side effects or anything,” Maurice’s wife recalled.

Then she called 911, and the paramedics came. He was rushed to the nearest hospital in Virginia. By the time Maurice arrived at the emergency room, he was disoriented, had slurred speech, and chest pains. He also asked God for help to help.

Soon after, Maurice felt himself being healed. Slowly his speech and mind began to clear up.

“I just said, Lord You’ve done this! Whatever happened to my body. I’m healed!” he said.

The doctors kept him for observation, Maurice kept telling the nurses and everyone who came into his room about his miracle.

“All I could just say was what a good God I serve and how He’d heal me so,” he said.

Leading A Nurse To Christ

Then the next day, the MRI results confirmed that Maurice had a stroke on the left side of his brain. Maurice rejoiced because it also confirmed how God had truly healed him. Amazingly, one nurse also encountered God’s love after Maurice shared what God had done. The nurse was mad at God for taking her father.

She told Maurice, “God must have sent you here for me.”

Watch the powerful moment in the video below!

For just $100 per month you can bring the gospel to 10,000 homes. Join us as media missionaries! GIVE NOW
VIEW COMMENTS
« Don’t Be Led By Your Feelings, Be Led By Jesus It’s Time To Increase Your Perspective »