BREAKING
Catch a Ride on a Shared Scooter—“Micro-mobility” Coming to Tel Aviv Next...
Israel Military to Conduct First-ever Simulated Strike on Iran
‘Injury to the Heart of Iran’: Details on the Life and Death...
STAND WITH UKRAINE
Home Articles The March for Life and the Anti-Trump Women’s March: A Study in Contrasts

The March for Life and the Anti-Trump Women’s March: A Study in Contrasts 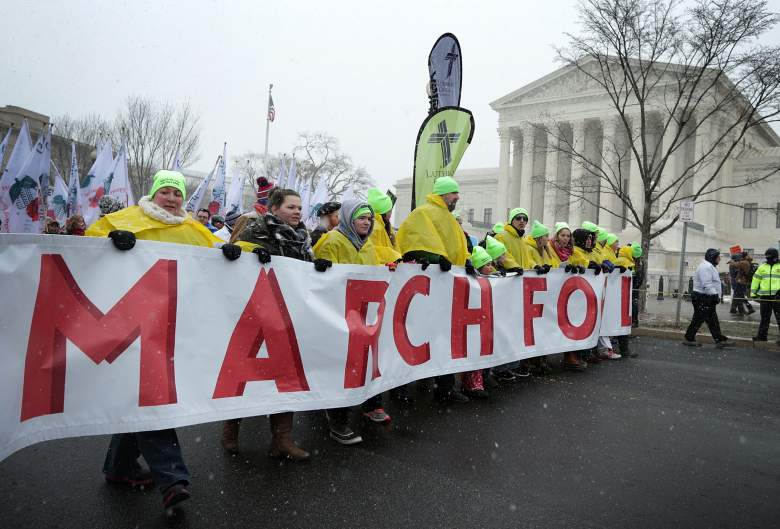 I’m writing this article on the eve of the 44th annual March for Life, but I can tell you in advance how it will differ dramatically from the recent Women’s March, organized in protest of the inauguration of President Trump.

First, the media coverage of the events will be totally different.

Whereas the Women’s March was in the mainstream media’s spotlight, the March for Life will be a mere footnote for most mainstream outlets, regardless of how many people attend. The fact that Vice President Pence will be speaking at the event – the first time a vice president has done so – might get some attention, but comparatively, the coverage of the Women’s March will dwarf the coverage of the March for Life.

Not only so, but there’s a good chance that those protesting the March for Life – always a miniscule number in comparison to the overall crowd – will get just as much media attention as the participants and the speakers, thereby giving a totally skewed impression to viewers and readers.

Second, the spirit of the events will be totally different.

Despite the deep conviction of pro-lifers that we have witnessed an abortion holocaust, there will be no calls to burn down or blow up abortion clinics (contrast Madonna’s thoughts about blowing up the White House while speaking at the Women’s March), nor will there be vulgar and obscene attacks on individuals (contrast Ashley Judd’s truly deplorable comments).

There will be nothing in the pro-life speeches that will incite people to violence or hatred. Instead, there will be an appeal for life – life for the most innocent and unprotected citizens of our society – and a call to honor life.

And if my surmises are correct, the streets of DC will not be littered with signs and objects from the March for Life, in contrast with the litter left behind by the Women’s March.

Third, the ideology of the events will be totally different.

Among the March for Life participants, you will not see signs with messages like this one, from the Women’s March, proclaiming, “My menstrual blood will flow through the streets fighting for women of all genders,” nor will you hear from radical feminists like Aida Hurtado and Gloria Steinem, extreme media leftists like filmmaker Michael Moore and CNN commentator Van Jones, transgender activists like Janet Mock and Raquel Willis, or women like Donna Hylton, who spent 27 years in prison for her role in the brutal kidnaping, torture and murder of a man. All of these were listed as speakers at the Women’s March.

This is the kind of divisive identity politics that will be absent from the March for Life.

As for Hylton, her message at the march was one of solidarity with female prisoners of color, wanting to tell their story to the world, and I’m sure it’s a story we need to hear. Regrettably, she spoke not a word of her horrific past – not a word of remorse to say, “I was justly incarcerated for my actions, which I deeply regret and categorically renounce” – but only a word of solidarity with “all of those women who have been overlooked, marginalized, sexualized, dehumanized and silenced.”

Her failure to renounce her past horrific deeds makes it difficult to hear the positive message she sought to bring.

Contrast that with the spirit of the late Dr. Bernard Nathanson, a founding father of NARAL known affectionately by his colleagues as the “abortion king,” responsible for 75,000 abortions (by his own estimate), but who experienced a radical change of heart after watching an ultrasound of an abortion and became a pro-life icon. Dr. Nathanson spoke at the 25th March for Life in 1998, and you can be sure his message always included the renouncing of his past sins.

And that, perhaps, will be the greatest contrast between the Women’s March and the March for Life. While the former certainly had some redemptive content, along with genuine concern about our new president, in no way was its overarching theme one of redemption or life or hope or even dignity. (In reality, many aspects of the Women’s March were downright degrading to women.)

In stark contrast, the great theme of the March for Life will be one of redemption and life and hope and dignity.

By the time many of you read this article, the 44th annual March for Life, along with the coverage of it by the media, will be history.