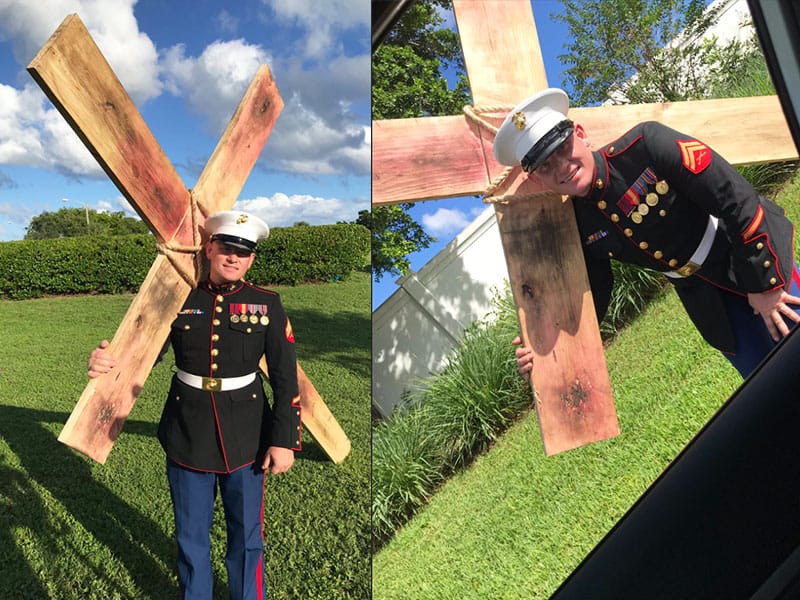 On Monday, a US Marine Corps veteran was spotted carrying a large wooden cross in Florida. And the reason behind this act is truly encouraging.

The CBS news anchor, Luli Ortiz took a picture of him and posted:

You may have driven by him, a U.S. Marine Corps veteran in his dress uniform walked across Palm Beach County while carrying this large wooden cross, a sign of his religious faith. His journey and the surprises be found along the way, at 11p @CBS12 pic.twitter.com/zIIfp8Xq78

According to the report in CBS12, a number of people extended their gratitude to him for his faith and service. 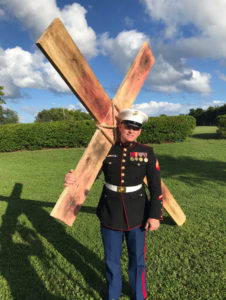 “It looks like I’m carrying the cross, but the cross is carrying me,” Tobiah said.

He revealed his intentions for doing so on Veterans Day. And it was to turn people, especially veterans, to God.

“There are a lot of the vets coming home with PTSD, or physical disabilities, and we can lay our burdens at the cross. There’s healing at the cross,” he added.

Tobiah served for five years in the Marine Corps. He was sent to multiple countries, including Iraq.

“I got saved in 2009, just out of nowhere. I felt God put on my heart to carry the cross across America.”

And in 2010 he founded a non-profit organization called the CrossWalk Ministry which aims to lead Christians in finding their calling through Christ.

The Florida heat didn’t stop Tobiah from his mission. He highlighted the fact that God was with him.

“In uniform, it adds to the heat. But I feel God is always keeping me cool. When I’m getting thirsty, someone would bless me with a drink,” described Tobiah.

Tobiah then ended his journey at Riviera Beach, at his daughter’s school bus stop. He told CBN News that the mission started 9 years ago. In 2010, he walked for 87 days carrying a wooden cross, from California to South Carolina.

Moreover, Tobiah disclosed that he’s planning to walk with others, still carrying a cross, for Veterans Day next year.