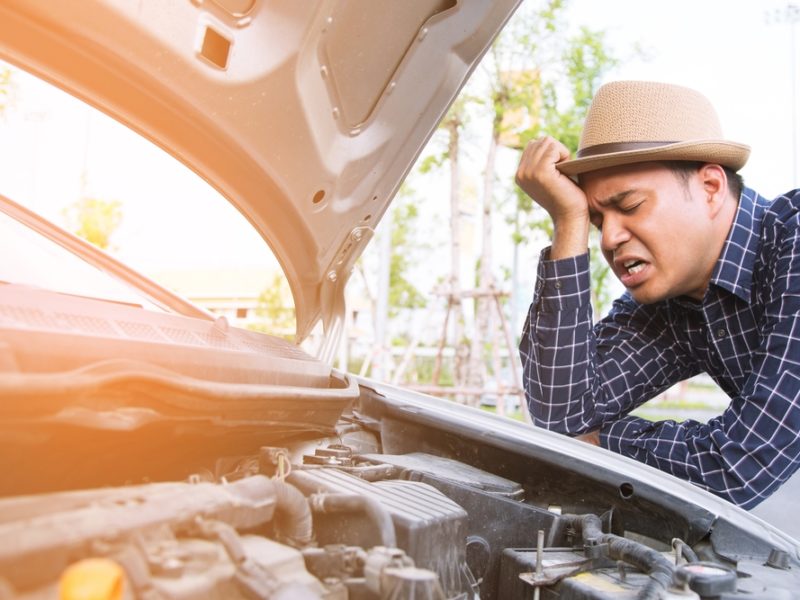 “And without controversy great is the mystery of Godliness.” (1 Timothy 3:16)

My biological father was a skilled auto mechanic. Not being raised around him, I never honed those particular skills.  I have, however, helped some mechanics pay their bills. There were some minor things I could do to a car like, put gas in the tank, wash the windows, check fluid levels and, if there was a problem, I would always take a look under the hood and say: “Yessir, she’s got a problem.”

One such event happened in the mid-1980s while I was in Oklahoma. The Bishop had just asked me to go to this particular church because they were having some problems and he felt the church may need to be closed.  So, I agreed to take on the task of ascertaining what the issues were and try to devise a plan for the church to remain open.

I arrived at the church and met the clerk.  I was escorted to the parsonage which was a mobile home that sat on the property just behind the church.  I was advised that the air conditioning in the parsonage did not work but there were a couple of fans we could use.

If you have never lived in the Southwest in the middle of Summer, you have no idea how hot it can get and, a mobile home retains a lot of heat.  So, I was stirring a lot of hot air. For once, it wasn’t coming out of my mouth!

Soon school started and my son was in elementary. I had enrolled him at the local school.  One morning I was going to take him to school as I had something to do in town and would drive right by his school on my way.

At that time I owned a Chevy Citation. Brian and I got in the car, started it up, left the driveway and stopped at the stop sign at the end of the road.  The car died.  I cranked it up and when it started this horrible noise emitted from the engine.  I immediately backed the car up and pulled into the driveway.

It really sounded like something was going to break through the engine wall at any minute.  So, there I was, no car and a happy little boy that didn’t go to the school that day.

I called a friend who lived a few miles away as I knew he had some experience with engines.  He came by a couple of days later and listened to the engine.  His diagnosis was that a rod was knocking.  He said that it may be cheaper to find a new engine to put in the car.

The problem was, I was pastoring a small church that was very troubled and it just wasn’t a pleasant time.  I prayed and asked the Lord for guidance in this situation.

A few days later a minister in the area came by to see how I was doing.  I told him that I was having trouble with the car and it didn’t look good.  He asked me to get in his car and join him for lunch in town.  As I recall we had a good lunch and when we left the restaurant he asked if I needed to go to the store.  I indicated there were a couple of things I needed so we stopped at a big box store.

Remember, I had been praying for an answer to my dilemma.  As I walked the aisles asking God for His direction the thought came to mind that I should go to the automotive aisle.

I found the automotive stuff and while looking at an additive that just might quieten down the motor, my eyes become affixed to a product on the top shelf, a red and black can that had these words: Marvel Mystery Oil.  I read the lable and it said that it would lubricate the upper valves and quieten the engine.

Made sense to me!  I also bought a bottle of gas additive.  I told my friend what I had found and said that I really needed this product to do the job as it was nearing time for me to move away from this troubling situation.  When we arrived at the parsonage, which still didn’t have air conditioning, we prayed over the matter and the Marvel Mystery Oil.

I opened the hood, poured in the mystery oil and poured the gas additive in the tank.  This was the moment of truth.  Would this stuff work?  I believed it would.  I cranked the car and at first, it still had the loud banging noise and then, a few seconds later the engine became quiet!  I checked to make sure it was still on and it was.  The engine had quietened down and was running as smoothly as it ever did.

As our scripture says, “Great is the MYSTERY of Godliness.”  We often don’t understand how God intervenes.  I met a professional mechanic a couple of days later and he told me that often carbon will build up in an engine and it will make a loud knocking sound.

He further indicated that was probably the case but, I certainly picked out the correct products to take care of the problem.  Actually, it was the leading of the Holy Spirit.  Remember, I am NOT a mechanic but, when we pray and ask God for direction, He is faithful to give us guidance.

I drove that car about another 65,000 miles and it was still running very well.  The answer God has for you may be as simple as a can of Marvel Mystery Oil.  God works on our behalf in the simplest of things.  Believe, really believe.  Matthew 19:26 “But Jesus looked at them and said to them, ‘With men this is impossible, but with God all things are possible’.”

For just $100 per month you can bring the gospel to 10,000 homes. Join us as media missionaries! GIVE NOW
VIEW COMMENTS
« 9-Year-Old Boy Survives Multiple Medical Crises, Including Cancer At A Young Age Will Christian TV Guide Us into A New Era of Gospel Effectiveness? »