BREAKING
Israeli Researchers Achieve 80% Accuracy Predicting Earthquakes
Israel Opens World’s Largest ER, Prepared For Mass Casualties And Complete With...
6th Most Powerful Woman In The Arab World Dismissed From Post For...
Home Faith #MeToo – What is Going on in the Spirit Realm in the USA?

#MeToo – What is Going on in the Spirit Realm in the USA? 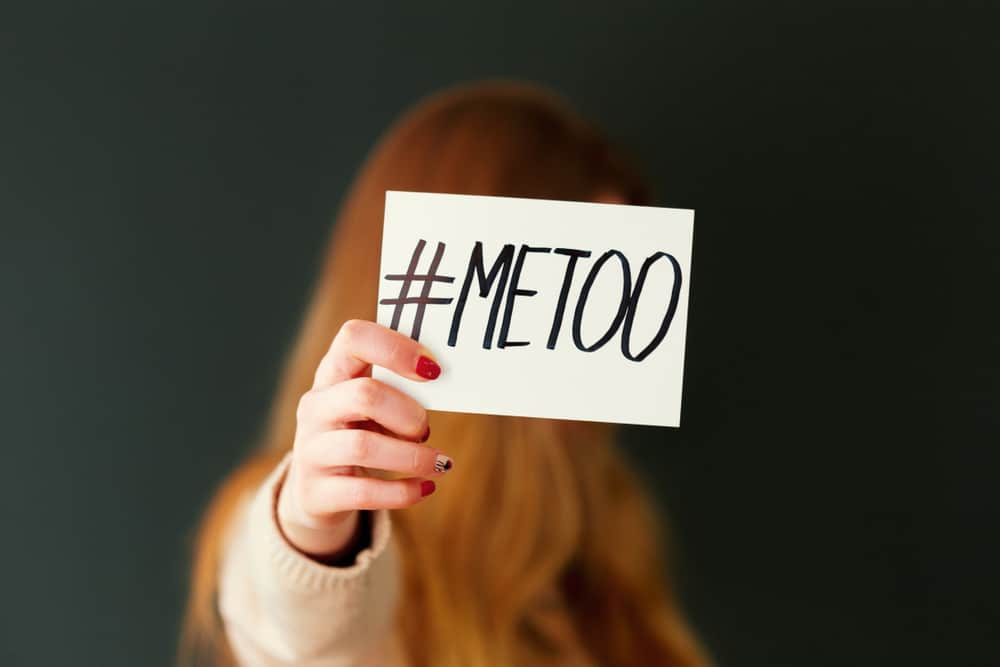 #MeToo – What is Going On in the Spirit Realm?

Reading the headlines and seeing some of the things going on around the world make me pause and prayerfully seek the council of the Lord. Concerning the ongoing unveiling of sexual harassment/assault, rampant deception and cover-ups in the business world and media, I ask, “What is going on in the spirit realm?”

We need to take a step back and track the events leading up to the current #MeToo Movement. Something took place spiritually exposing these horrible events that have been hidden for many years. The Scripture says in Luke 12:2-3, “For there is nothing covered that will not be revealed, or hidden that will not be known. Therefore, what you have said in the darkness will be heard in the light. And what you have whispered in the ear in private rooms will be proclaimed on the housetops.”

These Bible verses were within the context of hypocrisy, and Hollywood has been hypocritical for many years. Speaking against harassment and assault yet still releasing movies and music glorifying these things while objectifying women. Too many people tolerated or turned a blind eye for years until recently. So, what happened in the spirit for these secrets to be revealed?

#MeToo Here is What I Believe Happened in the Spirit Realm

On September 27, 2017, Hugh Hefner, the founder of Playboy Magazine passed away. His life and accomplishments were quickly celebrated. His contribution to the “sexual revolution,” was touted, and it was said that he left a legacy, as a “cultural icon.”[1] One website said, “Although Hugh Hefner is no longer physically here, his presence is more powerful than ever. He left a void that has yet to be filled.”[2]

I believe that the void he left is a spiritual void. Within days of Hefner’s death, and being hailed as, “an inspiration to everyone,” the Harvey Weinstein allegations and scandal broke on October 5, 2017. It seemed that the exploitation and objectification of women was being exposed. Victims were now speaking up. Better standards and ethics are being applied. Justice is prevailing.

I believe that what happened in the spirit realm is that the demonic principality set in place protecting the predators departed upon Hefner’s death. This evil spirit was removed and the veil of deception it empowered was gone. Like a domino effect more allegations and scandals have been exposed. And they will continue being unveiled until something else fills the void.

Matthew 12:43-45 says, “When an unclean spirit goes out of a man, it passes through dry places seeking rest, but finds none. Then it says, ‘I will return to my house from which I came.’ And when it comes, it finds it empty, swept, and put in order. Then it goes and brings with itself seven other spirits more evil than itself, and they enter and dwell there. And the last state of that man is worse than the first. So shall it be also with this evil generation.”  The Church needs to fill the void with Biblical principles and truth.

The Church needs to fill the void with Biblical truth and the power of the Holy Spirit. If we don’t rise up bringing more light and healing to these situations then the demonic entity that protected the predators and playboys will return bringing more deception. It will then discourage victims from speaking up and will become seven times worse than before. Now is the hour that the Church redeems media, business and the arts in the Name of Jesus!