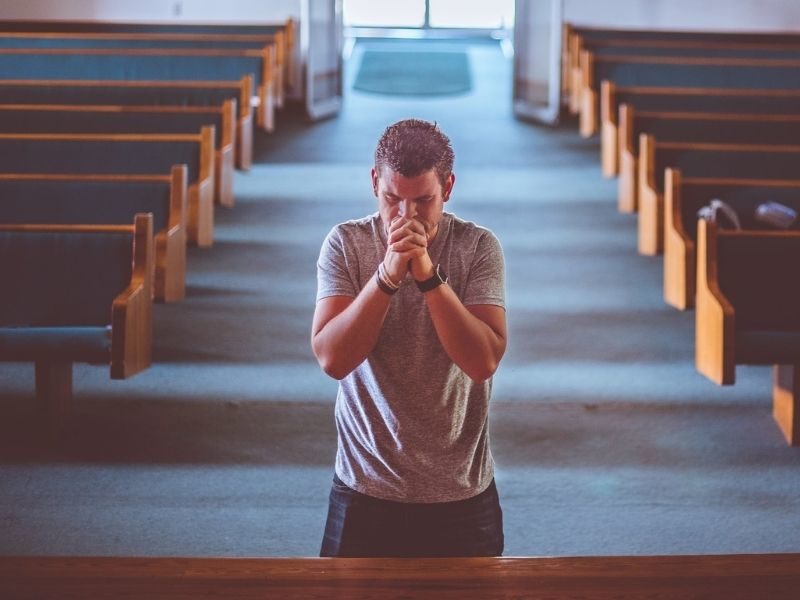 As we uncover more of the Hebrew words we read from the Bible, we found deeper and more powerful meanings behind every word.  So, for today, let us explore the origin of the word ‘repent’ based on Biblical Hebrew.

The word ‘repent’ has been used in modern churches to imply the people’s need for a change of heart. But, interestingly, ‘repent’ was first seen in the Bible as used by God. Genesis 6:6-7 says, “And it repented the Lord that He had made man on the earth, and it grieved Him at His heart. And the Lord said, ‘I will destroy man whom I have created.. for it repenteth Me that I have made them.'”

‘Repent’ is translated from the conventional Hebrew, “sheenbeyt.” It means “to return” or “to turn about.”

“Sheenbeyt” is from the two words, “sheen” and “beyt.” We are going to base their definition on the picture meaning of the words.

“Sheen” in ancient Hebrew is pictured as “teeth.” It means “to consume,” “to press,” or “to destroy.” While “beyt’s” picture meaning is a house or a tent. Thus, the Hebrew word sheenbeyt has a different concept than its English translation. It literally means “destroying or burning the house down.” Or in other words, it is burning or destroying the place you are living in and then turn around and leave.

So, when we apply the Hebrew meaning of repent in our lives, it is destroying where we once are and never returning. It must be crushed, burned, and destroyed so that there is no more reason to return. Sadly, there are still some who try to live in a charred and ashen place.

Now that we have known of its impactful interpretation, we should put weight on repentance. And totally burn and destroy who we were, the unrighteous things we had done, and living outside God’s will. 2 Corinthians 5:17 says, “Therefore, if anyone is in Christ, the new creation has come: The old has gone, the new is here!”

For just $100 per month you can bring the gospel to 10,000 homes. Join us as media missionaries! GIVE NOW
VIEW COMMENTS
« God’s Word For You Today: Live For Others Drug Addict Saw The Gates Of Hell Opened Until He Cried Out To God »