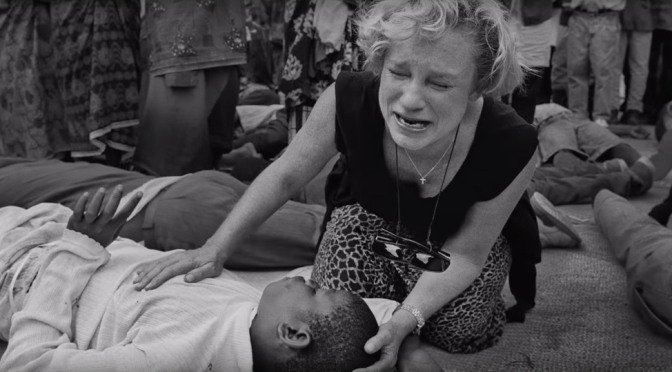 Heidi Baker, missionary and international speaker, has given her life to making the truth of Gospel tangible. Her belief that Christians can be the hands of Jesus and divinely heal has made her somewhat of a saint figure in her own country of Mozambique, and the thousands of testimonies of miracle healings have finally drawn the attention of the scientific and academic community.

Dr. Candy Gunther Brown, a professor in religious studies at Indiana University, published a study entitled,“Study of the Therapeutic Effects of Proximal Intercessory Prayer (STEPP) on Auditory and Visual Impairments in Rural Mozambique”. Dr. Brown sought to verify and study the claims made about Heidi’s ministry. 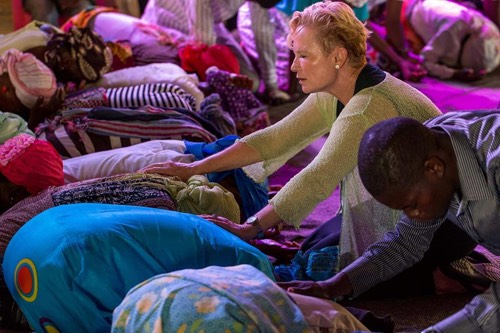 “Brown was intrigued by the claims of healing and looked to examine them through scientific protocol (1). The study examined ‘proximal intercessory prayer’ (PIP) meaning that the people prayed for were not at a distance away from the intercessor who was doing the praying. Rather than blind prayer studies where controlled groups are separated by distance and location, Brown’s study looked at ‘direct-contact prayer, frequently involving touch, by one or more persons on behalf of another’ (p. 864). It is a prayer Brown says is similar to the New Testament accounts of Jesus and his disciples laying hands on the sick. At this point in the academic literature, proximal intercessory prayer has received little attention, and Brown’s study is an attempt to fill this gap.”

In order to truly witness the legitimacy of the healings and understand Heidi’s work, Dr. Brown traveled to Mozambique and accompanied Heidi and the Iris Global team on their outreaches. During her extensive time with Heidi Baker, Dr. Brown saw a great many things science and the great minds of her academic circle couldn’t explain.

“In soft tones, they petitioned God to heal, invited the Holy Spirit’s anointing, and commanded healing and the departure of any evil spirits in Jesus’ name. Those who prayed then asked recipients whether they were healed. If recipients responded negatively or stated that the healing was partial, PIP was continued. If they answered in the affirmative, informal tests were conducted, such as asking recipients to repeat words or sounds (eg, hand claps) intoned from behind or to count fingers from roughly 30 cm away. If recipients were unable or partially able to perform tasks, PIP was continued for as long as circumstances permitted.”

Dr. Brown was so convinced in her field study that she even suggested this method of alleviating pain or addressing impairments through prayer as a supplement for conventional medical treatments.

“Although it would be unwise to over generalize from these preliminary findings for a small number of PIP practitioners and subjects collected in far-from-ideal field conditions, future study seems warranted to assess whether PIP may be a useful adjunct to standard medical care for certain patients with auditory and/or visual impairments, especially in contexts where access to conventional treatment is limited.”

In his article, Bishop shares a second academic source who supports the medical evidence of healing through prayer.

“Beyond this study, Baker’s ministry has been associated with some other remarkable claims including the multiplying of food, to raising the dead which have led thousands to Christ. Professor Craig Keener (2) in his two volume work on the subject of miracles explains that ‘Unless one works from controlling  presuppositions that miracles cannot occur, most would consider the Bakers credible sources.'”

“According to Keener there are multiple, credible ‘independently confirmed reports about the ministry of the Bakers and their Mozambican colleagues…’ According to Baker the formula is simple, ‘When we walk as Jesus walked, we will be blessed.’”