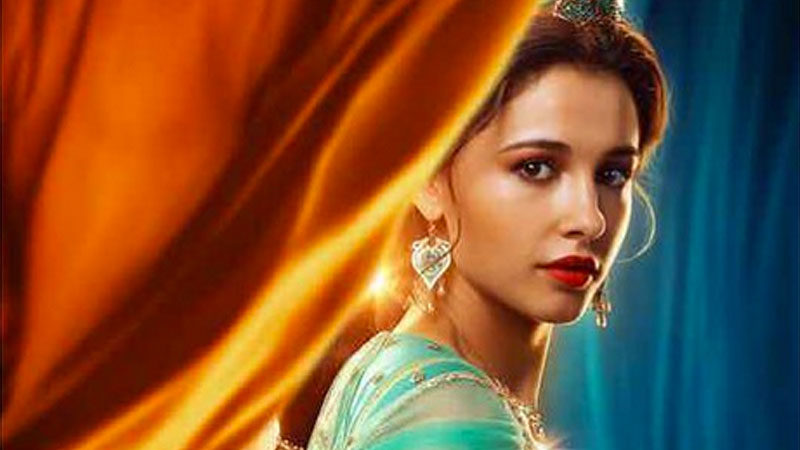 She is being called ‘Hollywood’s breakthrough star’ by W magazine and ‘Britain’s new superstar’ by Vogue while The Sun newspaper refers to her as “Pastor’s girl and devout Christian, Naomi Scott who is set to join the big-screen A-list”.

Meet Naomi who is the new face of Princess Jasmine in Disney’s latest release, Aladdin, a 26-year-old woman who God has blessed with considerable influence and is not afraid to speak openly about being a Christian.

“All my creativity is so connected to my spirituality because that’s where I believe everything comes from; my creativity comes from my faith,” she told The Telegraph in an interview entitled, Aladdin star Naomi Scott:  Hollywood’s next big Brit girl, on faith, football and family.

Naomi’s parents, Chris and Usha Scott are the pastors of The Bridge Church in Woodford, East London “a community of ordinary people who have found peace, joy and purpose in an extraordinary God.” She is married to a professional footballer, Jordan Spence, her childhood sweetheart who she met in church at The Bridge.

According to The Sun, Naomi was happy growing up just singing in church, however, a ‘chance’ meeting put her on the path to stardom. ” Kelle, a former singer with Nineties girl band Eternal, told the newspaper: “I was speaking at her mum and dad’s church and I heard this person singing in the background. “I said, ‘I want to sign her’. I hadn’t seen her, I didn’t know what she looked like, I just heard her voice…

“Guided by Kelle, Naomi got her first acting break at 15 by appearing in Disney kids’ comedy sketch show Life Bites.”

The Telegraph says “Singing is Scott’s superpower. ‘Music is my first love,’ she says. Growing up she would belt out Gospel in her church band every Sunday, ‘and now, even though I’m not necessarily singing Gospel music, it’s still there, the sense of joy and love’.”

It’s wonderful to see God raise up new celebrity influencers who are unashamedly believers in Jesus Christ. Living under the media spotlight is not easy as other actors like Nicole Kidman have found.

@disneyaladdin in cinemas 24th May! Get your tickets now: http://fandango.com/Aladdin

In the UK Naomi Scott and Jordan Spence have been called ‘the new Posh and Becks’, (David and Victoria Beckham who are known for their union of professional sport and pop music).  Like this and other famous couples, Jordan and Naomi are also prominent philanthropists.

Jordan works with mental-health charity Suffolk Mind, and Naomi is an ambassador for Compassion UK, a church-based charity. “We both keep perspective by wanting to do something helpful, not just to feel good about ourselves but because it inspires us,” Naomi says.

Blessed with an impressive singing voice, (see her latest release, Say Nothing, below) Naomi has already released two EPs, she has grabbed the attention of casting directors and is now being tipped for other huge roles in 2020. Let’s pray for Naomi and Jordan that God would continue to use them as a bold witness for His Kingdom.

“We’ve been privileged to walk this amazing journey with Naomi over the years,” Naomi’s dad, Pastor Chris Scott posted on Instagram. “watching her flourish in her gifting and into the woman God has called her to be. She is a credit to the church fam and we’re so proud of how she handles herself and her faith… “I’m excited to see how she is going to energise a whole generation of British girls and young women.”

Also Read: Nicole Kidman Makes A Stand For God Taking Her Kids To Church Despite Being Teased For Her Faith.

For just $100 per month you can bring the gospel to 10,000 homes. Join us as media missionaries! GIVE NOW
VIEW COMMENTS
« Siblings Reunited After A Crash That Killed Their Parents And Youngest Sibling Investigative Report: Mass Emigration From Gaza Threatens Future of PA »