Meet Riley Howell: The Brave Student Hailed A Hero After Sacrificing His Life To Save Others | God TV
Video 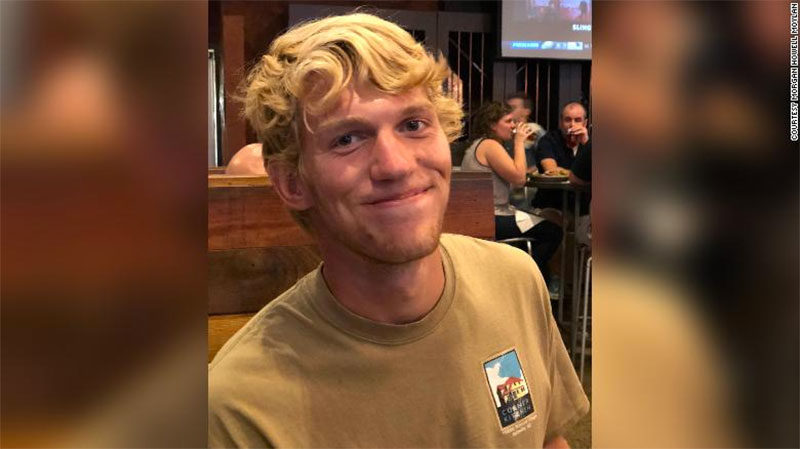 There have been far too many school shootings over the years, each one a dreadful tragedy, however there have also been heroes like Riley Howell who have paid the ultimate sacrifice to protect others. These are the brave ones, who we should never forget who exemplify a selflessness and bravery we can all aspire to.

Jesus said: “Greater love has no one than this: to lay down one’s life for one’s friends.” (John 15:13) and that is precisely what Riley did.

How did it happen that a young student at the University of North Carolina at Charlotte (UNCC) would lose his life in his place of learning?

The tragedy unfolded when a gunman entered a packed classroom in the Kennedy building at UNCC on April 30, 2019. It was just before 6 pm in the evening when he opened fire.

“He didn’t speak a word,  just ran in and started shooting,” a witness reported. “Immediately, people start diving away, people started rushing for the door.”

But not Riley, he ran towards the gunman to try and disarm him.

Riley was killed in the shooting along with Ellis Parlier of Midland and four poeple were wounded.  University officials identified the injured victims as Rami Al-Ramadhan, 20, of Saihat, Saudi Arabia; Sean DeHart, 20, of Apex, North Carolina; Emily Houpt, 23, of Charlotte; and Drew Pescaro, 19, of Apex. The liberal studies class had about 100 students altogether but fortunately only 30 were present when the shooting began.

According to Riley’s aunt Morgan Howell Moylan, he is the oldest of four siblings and transferred to UNCC from an Asheville technical school. He enjoyed working out, the outdoors, cooking and boattrips to their lake house. He was a “big teddy bear” who wanted to join the military, she said.

What he did is a heroic thing, according to his aunt; who was not surprised by his brave act. “He was the hero, 100%, of course, he’d run toward the shooter. He was everybody’s protector. You felt safe when you were with Riley,” she said.

Indeed Riley Howell’s sacrifice saved many lives.  We continue to pray for his family and the families of all affected, that God would comfort them in their grief and pain and bring healing and forgiveness to this community.

For just $100 per month you can bring the gospel to 10,000 homes. Join us as media missionaries! GIVE NOW
VIEW COMMENTS
« Israel’s Ambassador To The UN Uses The Bible To Prove The Jewish Claim To The Land Christian Web TV – Spreading A Very Powerful Message »