BREAKING
Bennett Coalition Government Collapses, New Elections On Horizon—And The Return Of Netanyahu?
Rooftop “Glamping” Pops Up In Israel
“Steph Curry Is Copying Me… Again…With A Hebrew Sweatshirt”
STAND WITH UKRAINE
Home Video Ray Comfort Introduces The Dog Who Has Helped To Reach Millions For Christ 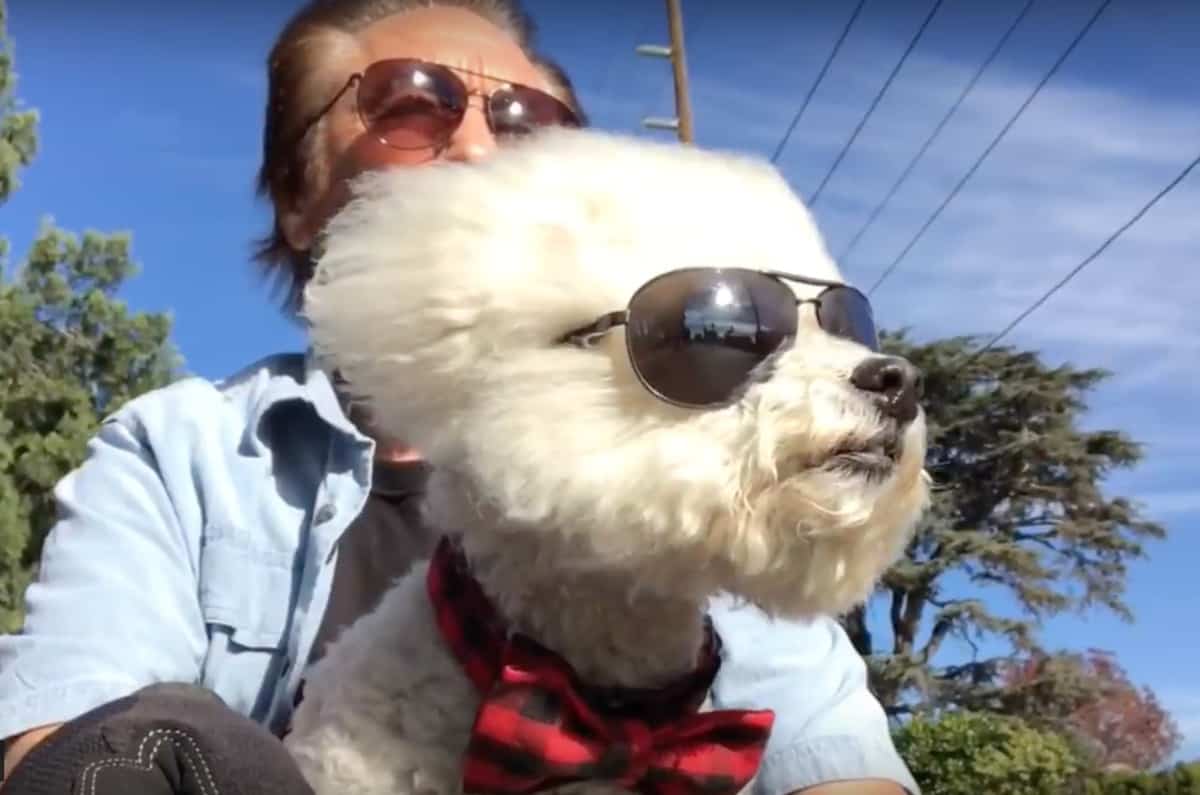 When best selling author and filmmaker, Ray Comfort picked up his dog and put him onto his bike in Los Angeles, he didn’t realize that he was creating an Internet sensation. Rays’s Living Waters YouTube channel has since exploded to over 75 million views.

He took his Bichon Frise along on a bike ride, and when the animal became tired of running Ray scooped him up and carried him. Sam so liked the bike that Ray built him a platform to ride on, and just for fun put sunglasses on him.

The author found their daily rides together were causing quite a sensation. “Suddenly, we got more attention than the presidential motorcade!” he said. “People ran out of their homes with cameras. They honked their car horns, gave thumbs-up, burst into laughter, and women called out ‘How cute!’ To which I replied, ‘So is the dog!'” 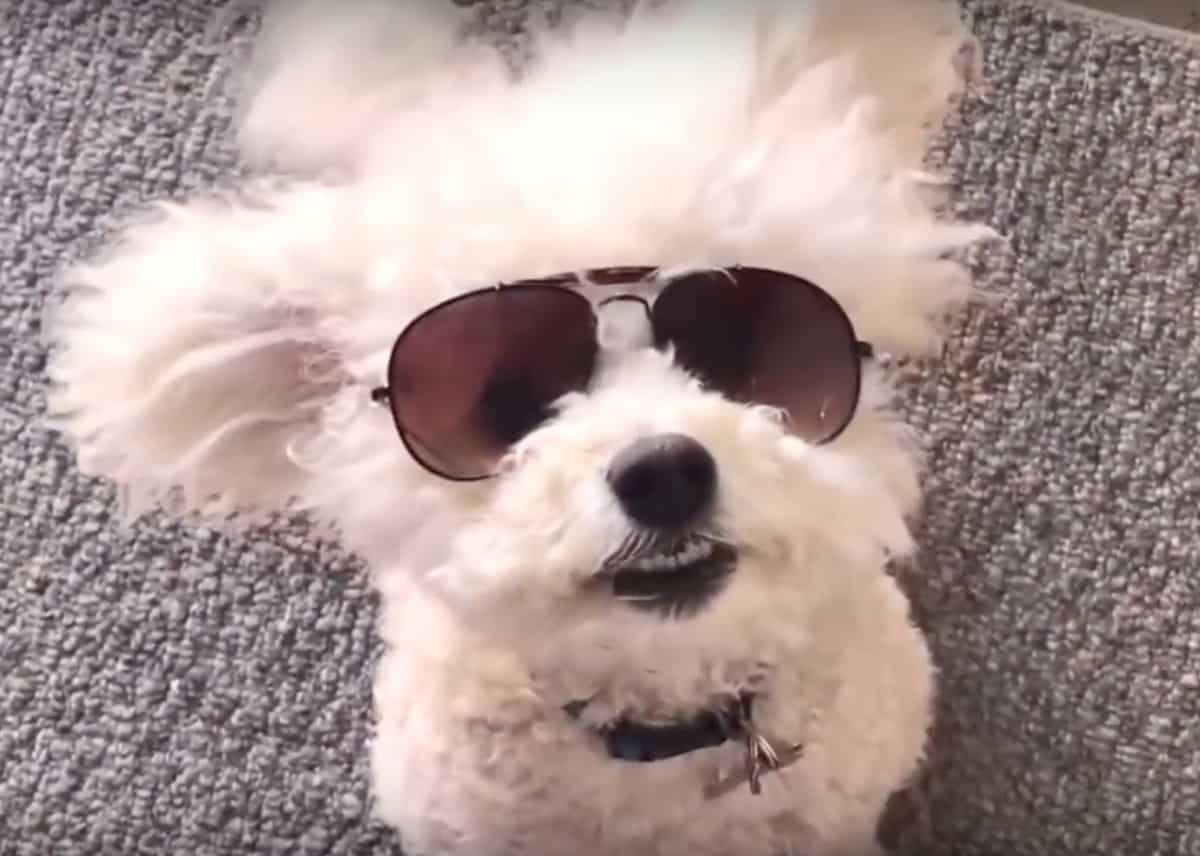 Each day Ray uses Sam as a disarming way to meet and interview strangers for his videos. “One major reason our channel is so popular,” he explained, “is that most of the interviews we post ask people what they think happens after we die. Everybody thinks about that. We discuss things most people don’t normally talk about-how fearful it is to die and if they think there’s an answer to the issue of death. My dog is an effective icebreaker into such personal issues.”

Living Waters, The ministry of Ray Comfort (and Sam!) 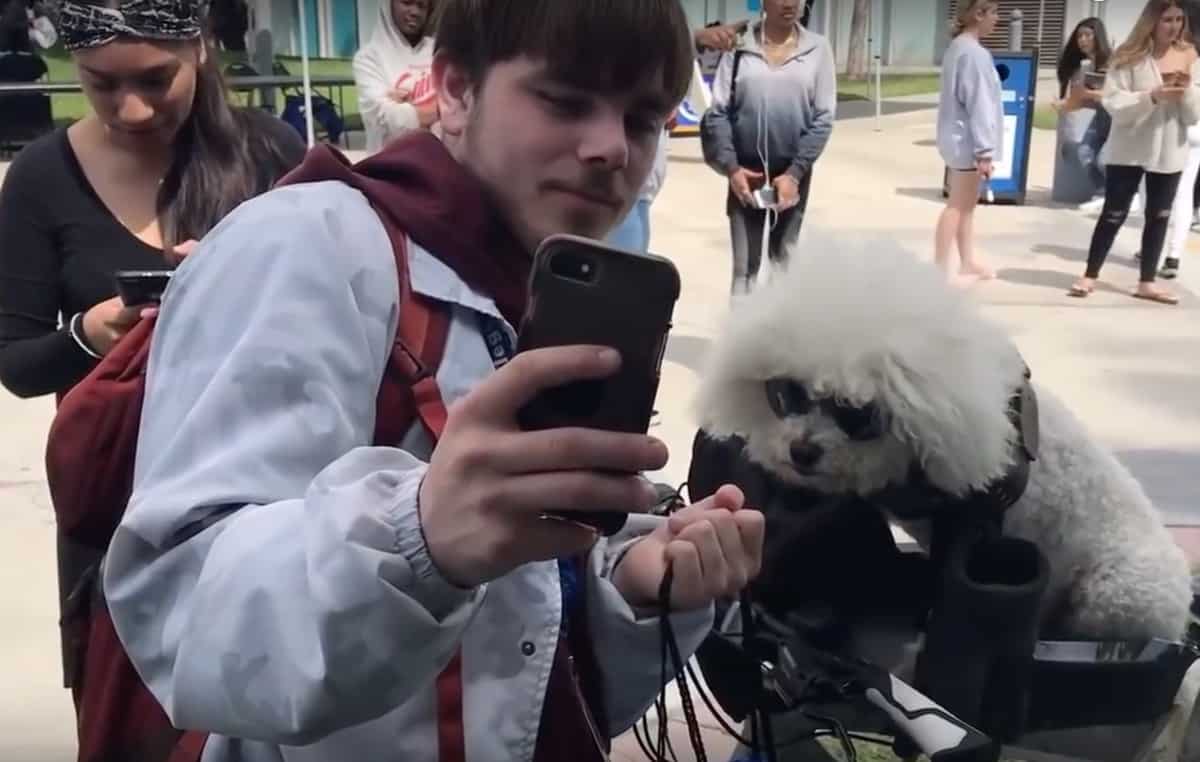 The award-winning filmmaker post movies on subjects such as abortion, suicide, evolution and atheism. The Atheist Delusion and Crazy Bible both show atheists changing their minds about the existence of God.

In The Fool which has had close on 200,000 views magician Penn Jillette, who is an atheist, is presented with undeniable evidence of God’s existence. After hearing that Ray planned to include the footage, Penn’s manager threatened to sue. Ray finds this threat strange as the famous magician is all over the Internet talking about God and the Bible. The clip was used, despite the threat, by blurring out Jillette’s face.

The Fool: Why Ray Comfort Is Atheism's #1 Clown | Full Movie

“Our latest film, 7 Reasons, is very powerful,” says Ray. “It shows adamantly Pro-Choice college students changing their minds about abortion, saying that they will now vote Pro-Life. This film is a Pro-Choice politician’s nightmare.”
Ray is the author of over 90 books. His latest, Faith Is For Weak People, addresses the 20 most common objections to Christianity.

For more about the ministry of Ray Comfort visit: Living Waters / FullyFreeFilms.com