BREAKING
Israel Has a New Prime Minister
Bennett Coalition Government Collapses, New Elections On Horizon—And The Return Of Netanyahu?
Rooftop “Glamping” Pops Up In Israel
STAND WITH UKRAINE
Home Video We Remember The Great Woman Of God Who Lit The Spark For Christian TV In UK 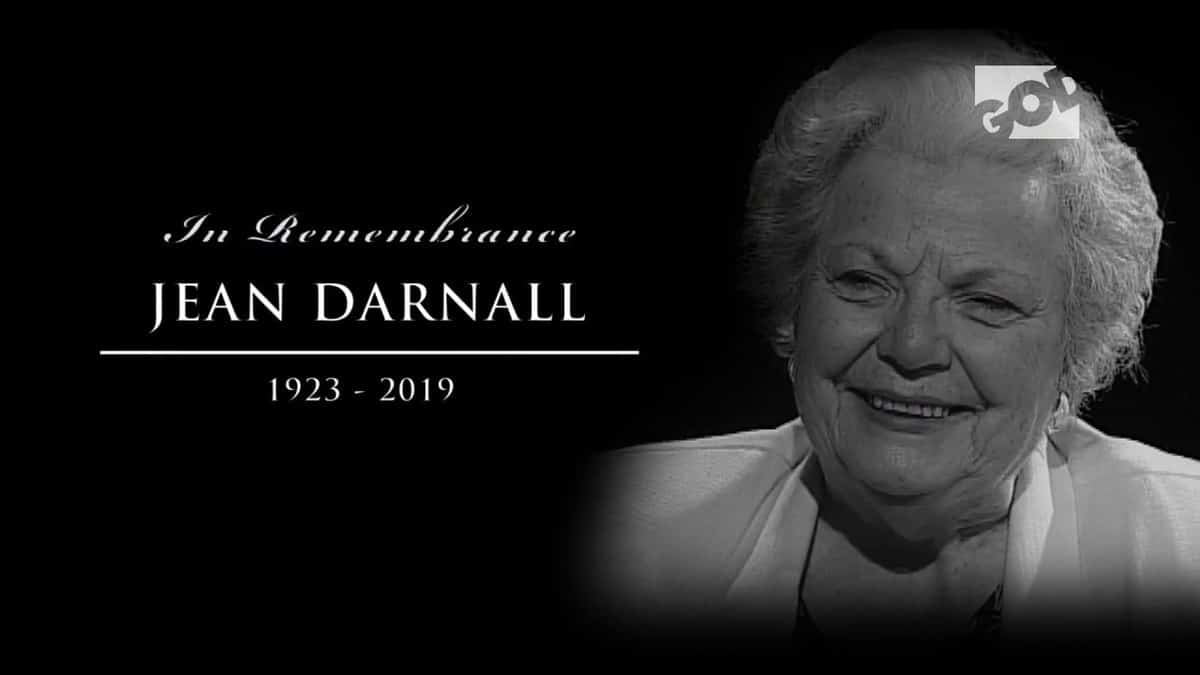 Long before Christian TV was heard of in the UK there was a group of faithful Christians who prayed for the impossible to happen. One of these was the best loved evangelist, missionary, and prophetic ground breaker, Jean Darnall. GOD TV is one of the first fruits of her years of relentless intercession and we celebrate her life in the video below which is a timeless call for believers to never give up.

The Foursquare Church, in which Jean served so faithfully, broke the news in a post entitled, Jean Darnall, ‘Global Influencer’ With The Lord. “Jean Darnall, whose renowned ministry crossed continents bringing the Gospel and the power of the Holy Spirit, went to be with the Lord on Monday, January 14th 2019,” the church movement said.

British readers may remember Jean’s powerful prophecy given in the 1970s about  a wave of a spiritual awakening that would start in the UK and overflow to Europe with thousands coming to Christ.

“I saw the British Isles, as in a bird’s eye view…. And then little pinpricks of light began to appear from the top of Scotland to Land’s End.. and I saw that they were fires that were burning. Then I saw lightning come and strike those fires… and there was a kind of explosion, and rivers of fire flowed down… from the top of Scotland to Land’s End. But some of those rivers of fire didn’t stop there… They went right across the Channel and spread out into the Continent.  Read the full prophecy from Jean Darnall

I will call and send communicators

Jean also prophesied God would send communicators from all over the world to Europe to kindle revival fires –  “writers, musicians, singers and actors, and also technicians in television, radio and the mass media. I will call and send them and put them in strategic places.”

GOD TV has played its part over the past 23 years in seeing this vision coming to pass and Jean was overjoyed to be on the GOD Channel. She spoke at GOD TV’s Braveheart Conference in 2002 and brought a stirring call to the Church to wake up, embrace revival and set the captives free. She was also featured on In Depth with David Aldous. Jean was a great woman of God and will continue to inspire a new generation of believers passionate for God and for revival.

“Jean’s prophecy about revival coming from the UK (flowing down from Scotland) is probably one of the most quoted and anticipated prophetic words we’ve ever heard (at least here in Great Britain)” said GOD TV Regional Director for the UK & Ireland, Fergus Scarfe.  “Wendy Alec quoted parts of it in the front section of Against All Odds. We remember her fondly and the way God used her to touch this nation.”

According to JeanDarnall.com Jean was converted as a teenager, following a miraculous healing, She began her preaching and healing ministry at the age of 16. Aimee Semple McPherson was her pastor and mentor and Jean served six years as associate pastor of Angelus Temple, Los Angeles, following Aimee’s death.

Jean and her husband Elmer, went to Panama as ordained missionaries for the Foursquare Church. Following their missionary service, they planted churches in Canada and the USA. Jean also had a strong influence during the Charismatic Renewal. She impacted traditional churches, including the Church of England.

While living in the UK for 25 years, she and Elmer established a church and Bible college. They also ministered in Western Australia for six years, where they founded several churches, established a Bible College and sent missionaries to New Guinea.

Jean is also the inspirational book, Heaven Here I Come, a personal account of many miraculous answers to prayer. She had a vivid revelation of Heaven long before it was time for her to go there. Like Billy Graham, God blessed her with longevity. Sadly, we have now seen another of God’s Generals leave us, but their legacy lives on through the powerful words they have spoken.