Megachurch Pastor Steps Down From Ministry For A Great Reason 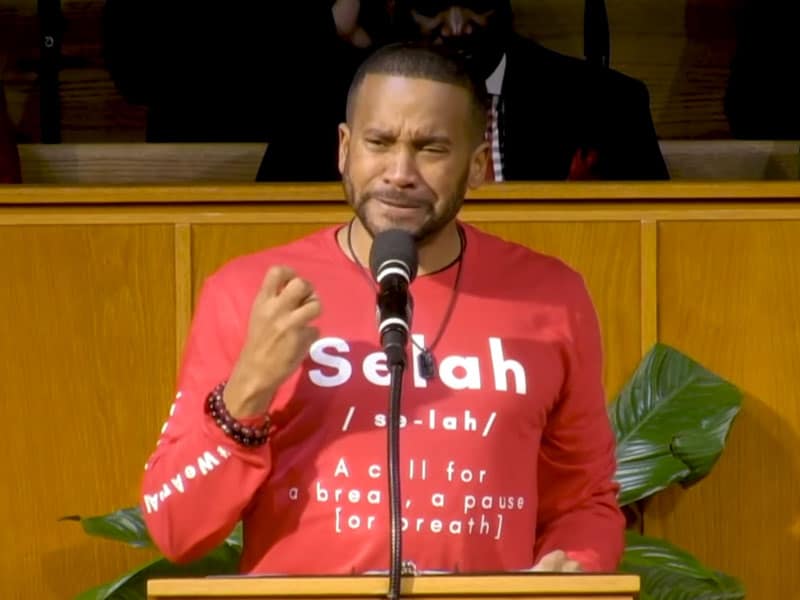 A megachurch pastor from Alexandria, Virginia shocked his 10,000 member congregation when he announced he’d be stepping away from ministry.

Senior Pastor Howard-John Wesley of Alfred Street Baptist Church had a very vulnerable moment in front of the congregation earlier this month. He made a confession then said he’d be taking some time to recuperate mentally and physically.

The Shocking Announcement From A Megachurch Pastor

Pastor Howard announced on December 1, “From January 1 (2020) to April 1, I am walking away from every responsibility I have as pastor. You can’t pour out of an empty cup. It is very dangerous for your pastor to be on empty. I need to take care of me.”

He then further explained, “I’m tired. And I’m tired in a way that one night of sleep ain’t gonna fix. I’m tired in my soul.”

But before Pastor Howard made the formal announcement, he preached about the value of rest called “Selah” in one of his sermons. 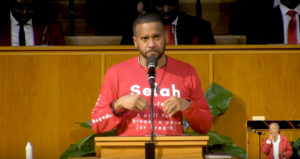 “The enemy in an attempt to block your holiness, wants to remove rest from your life and push you back into slavery. And here is the greatest deception of the devil – to convince you that the busier you are the more important you are. That the more you got to do, the more high up on the food chain you are. That if you’re working yourself to the bone somehow you are glorifying God. And God says you are not being holy if you don’t know how to rest,” he preached.

The megachurch pastor emphasized how most pastors this kind of mindset with ministry. He refuted the misconception that rest is not part of God’s requisite for holiness.

“Selah. And the word to somebody today is if you really want to be holy you gotta learn how to rest. I don’t know who I’m preaching to right here but don’t you leave vacation days on the table. Don’t you leave PTO in somebody’s hand! You take every mental health day they gave you. It is ungodly not to use up all your vacation,” he told the congregation.

Pastor Howard pointed out, “I fell prey to the satanic trick that busyness honors God.”

In his announcement, he further explained while holding back his tears: 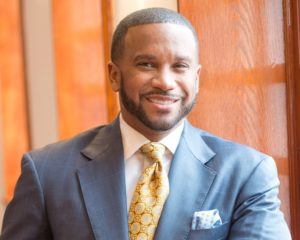 “I’m not leaving you. This ain’t nothing but an admission, baby. One of the greatest mistakes of pastoring is to think that because you work for God you’re close to God. That you allow your work to be mixed with your worship, and I feel so distant from God. I feel like Jacob when God wrestled with him. I’m struggling with God with some issues right now. And God gets Jacob because God wants to change Jacob’s nature. But he’s got to get Jacob in a struggle by himself so Jacob will surrender and then the Lord can break him and then his walk will be changed.”

He then concluded, “Sometimes God engages you in a struggle so that God can remove you from people to teach you to surrender, so God can break some stuff and make you walk differently.”

Resting Season For The Megachurch Pastor

The humble pastor believes God is leading him to rest in this season.

“The Lord is pulling me away because I’m in this struggle and I’m not surrendered. And the Lord’s trying to change me y’all. Fifty is coming. And I gotta leave some stuff in the 40 that I’m not carrying in the 50. I’ve just got to walk differently and in order to do it, I’ve got to step away. I hear the Lord saying ‘be still.’ So I’m going on a sabbatical,” Pastor Howard said.

He also shared some of the goals he hopes to achieve during this resting season.

“I want to draw back closer to the Lord. I want to know what it’s like to get back to the place where I spend the first hour of my day on my knees. When you really love the Lord there is something about being convicted of a deficiency in your prayer life that you can’t escape. Sunday worship does not make up for deficiency in prayer. Serving in ministry doesn’t make up for deficiency in prayer. I want to read the Bible from Genesis to Revelation without trying to write a sermon. I want to travel and go sit in the back of somebody’s church and hear the word of God and not be worried about what time we got to get out for the next crowd.”

He also mentioned his physical goals, “Y’all, did you realize this is the only body we get? This ain’t a test run. You wear this one out, that’s it. I want to bring my best self to God. You’d be surprised that the majority of black preachers are in horrible physical condition. Their A1C is high, their blood pressure is skyrocketing, their cholesterol is bad, they’re on more medications than they should be.”

Referencing a recent study from Duke University he added, “This really got me… when I had my annual physical this year and my doctor told me your numbers are pointing in the wrong direction. And this is what she said to me, ‘You can fix them or I can. Stress. And you know the only medicine for stress is rest, diet and exercise.”

Pastor Wes’s Heartbreaking Confession, As He Bravely Opens Up To The Public

May the Lord continue to lead Pastor Howard to still waters. We know that the Good Shepherd will also lead Pastor Howard’s flock in this season. Hopefully more pastors will recognize their own need for physical, mental, emotional and spiritual rest. And not just pastors but Christians everywhere. Rest is holy! Amen.