BREAKING
Israel-led Team Solves Mystery Why Lightning Strikes Fewer Times Over The Ocean...
Tourism In The Holy Land Is Soaring Back Up To Pre-Pandemic Highs
Lapid Speaks Directly To Palestinians—Offers Them “Another Way” Out Of The Ongoing...
Home Articles Mental Strongholds: Out Of The Miry Clay And Darkest Depths Did My Father Deliver Me

Mental Strongholds: Out Of The Miry Clay And Darkest Depths Did My Father Deliver Me 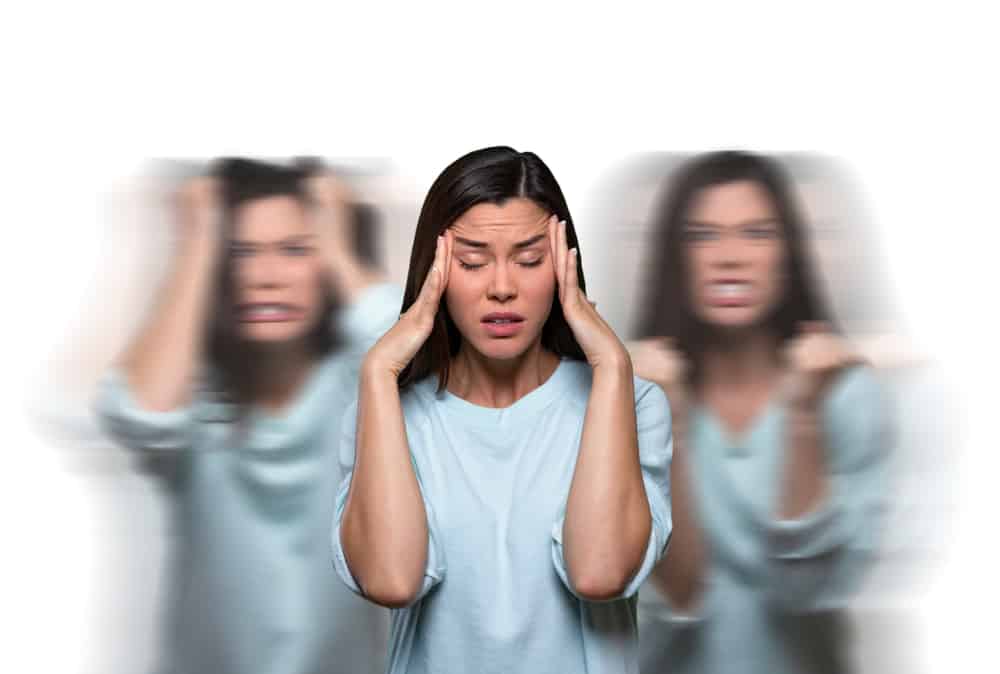 Mental strongholds or suicidal thoughts are not a part of our destiny in God. Not everyone will understand the depths I’ve been to, but if you are the one for which Jesus caused me to share my testimony, then let Him wash away all the lies you’ve believed…

God had delivered me from the pain of my childhood, but I wouldn’t allow Him to set me free from my darkest monster: the invading thoughts, the Mental strongholds. I continued to wash my hands vigorously. I was afraid of touching the floor with my bare feet. I avoided doorknobs. I planned out my activities so that I could go to the bathroom and clean my clothes if I felt dirty. I distanced myself from people whom I disliked or hated so they couldn’t touch and “contaminate” me. Most of my personal belongings were repeatedly washed until they were ruined.

However, as much as I wanted to feel clean, I lived a chaotic life, and knew that I was far from being “whole.” I was fearful, wounded by the rejection of my family, and in despair because of the lack of compassion towards me. The people who I thought would help me laughed in my face. How could I trust anyone?

I lived alone, imprisoned by my thoughts, held back by these mental strongholds. Self-diagnosed, nobody could help me. I had vowed never to allow anyone into my life to hurt and ridicule me. If I had to lie to be at ease, then so be it. I wasn’t supposed to leave my prison.

I was around 14 when the thoughts infected my mind, and I carried the weight of this mountain until April 2019 – nine years. I learned to hate, lie, and spew venom from the darkest depths of hell, all while crying out to Jesus that I didn’t want to be this way. I didn’t want to hate or experience such intense, disgusting feelings inside my chest.

I only wanted the thoughts to stop and for my mother to discontinue doing the things that made them louder. I simply desired that no one touch me or enter my room. How hard was it to leave me be?

Soon, it was torture to be alive. I continued to laugh and smile, knowing that I had no desire to exist. I didn’t want to die because I knew the consequences of dying in sin, hell. I simply wanted God to erase me from time. If I had never been born, then I wouldn’t have to continue living, not even in eternity.

Despair cut my chest and carved a hole in my heart. “Why do You insist on keeping me alive? God, just kill me or bring me home to be with You! Don’t You want me?!”

For years, I wanted to close my eyes and never wake up. The pain had become too much to bear. I forced myself to live because the sunlight had lost its beauty. The raging ocean laughed at me, as my lifeless body was wrecked against the rugged shoreline. Seeing death as my only option, I continued planning how I would take my life; and when the weight of how unloved I felt became real to me, Jesus saved me from myself.

One night, watching Eddie James on It’s Supernatural, I felt the loving arms of my Savior wrap around me as I worshipped Him. His love caused the thirst for death to leave, but I continued to hate. I refused to forgive my mother. I had trusted her with my fears, and she betrayed me.

Once I left for university, the thoughts only got worse. Now they entirely governed me. I still ached waking up in the morning. It seemed like I was in an endless battle with these mental strongholds. All I could say was: “God, will I ever be free? When will it end?” Tired of fighting, I accepted the thoughts, anxiety, and solitude. I truly believed that I was born to be in turmoil and that I wouldn’t ever be free. I became my monster.

Then, when I was almost raped, the hatred inside my soul became real to me. Having to forgive that man, a co-worker whom I hardly knew, opened the door to forgiving my mother. For me, it was harder to forgive her because I loved her, and she had betrayed me.

How could God expect me to forgive her when she wouldn’t even admit to anything she had done? I yelled at Him, but in the end, I surrendered. The purification process continued as I was giving up ALL television shows, movies, music, and books that were not of Jesus.

“Zero tolerance for sin” was my reality. Afterward, I realized that I was a horrible, angry person. I read horoscopes and watched shows that included witchcraft. I wasn’t aware of how much Jesus hates witchcraft in all its forms. I was a liar and followed my selfish desires. It wasn’t until I was empty of the world, that I could actually “see” how sinful I had become.

This year, 2019, as the Lord led me to write about my past, I struggled with knowing I was still in bondage. I was free from hatred and hurt, but fear had a hold on me. How could I lie and say that I was liberated, when my life was still being affected by mental strongholds as I continued to listen to the demons tormenting me? Around this time was when the Holy Spirit revealed my greatest weapon, the blood, and body of Jesus.

So many new things were springing up inside me. Thanks to GOD TV, Ron Cantor, and ISN, I understood Jesus for who He really is: He’s Jewish. I was celebrating Shabbat, the Jewish feasts, and now the Holy Spirit wanted me to observe the Feast of Unleavened Bread.

During this time, I was aware that I was accepting Jesus’ sacrifice and that His body and blood was my freedom. Every evening, as I took His sacrifice, the conviction of my sin grew stronger and stronger. On the last night of the Feast, while watching the episode called “Shabbat” by The Chosen, Jesus said to me:

“I am strong enough to set you free. Will you let Me?”

I wept because I knew I would have to go through a grueling process, but four days later, my obedience to the voice of the Holy Spirit found me doing everything I couldn’t do before. The walls of Jericho had fallen, and only Jesus and I were standing. The mental strongholds had gone and I was free!

I learned that “for though we walk in the flesh, we do not war after the flesh: (for the weapons of our warfare are not carnal, but mighty through God to the pulling down of strongholds; ) Casting down imaginations, and every high thing that exalteth itself against the knowledge of God, and bringing into captivity every thought to the obedience of Christ” (2 Corinthians 10: 3-5).

Four months ago, I thought it was impossible to be free. However, today, I’m who I’m supposed to be, whole in Jesus Christ. As I wrote this, I was afraid of revealing the extent to which I had lost my sanity and was a hypocrite. I tried to keep silent, but His Word burned within me like fire (Jeremiah 20:9). I am free because God punished Jesus because of my sins. His life was exchanged for mine. He took my punishment (John 3:16), making Him worthy of all my pain (Philippians 3:8).

Mental strongholds are not a part of our destiny

Dear reader: I cannot keep quiet because solitude, suicide, and destruction are not a part of God’s destiny for you (Jeremiah 29:11). You were not created to live depressed. You were not formed to be anxious. You are loved and deeply cherished. I’ve learned that when the spirit of heaviness attacks me, I put on the garment of praise (Isaiah 61:3). It is illogical, but so is faith.

I know that not everyone will understand the depths I’ve been to, but if you are the one for which Jesus caused me to go out of my way to find at a well, I need you to stop, listen, and let Jesus wash away all the lies that you’ve believed.

Repent and give Him a chance, because He won’t let you down. God is loyal (1 Corinthians 1:9). Let go of the world because God is not a man, that He should lie (Numbers 23:19) and He is big enough to fill the emptiness in your life.

Jesus is strong enough to set you free. The question is: Will you let Him?

This testimony was written by Ella

Also read: The Single Solution To Destroy A Stronghold Once And For All