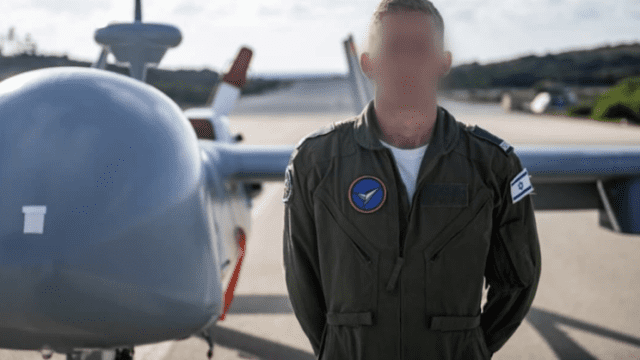 A 22-year-old First Lieutenant in the Israel Defense Forces received praise as a “local pride” in the Jerusalem newspaper, Mynet Jerusalem, on Friday. While the local paper routinely praises and recognizes the soldiers serving in the IDF, what made this report stand out is that they acknowledged he was a Messianic Jew, something rarely, if ever, done!

While most Messianics serve in the military just out of high school, due to the small number of Messianic Jews in Israel, most of the Israeli population—except for the ultra-religious—know very little about us.

Due to the young officer’s high-security clearance, his full name was not released in the Jerusalem paper, and his faith was mentioned in passing. But in an article on the Israel Air Force website, the young man, M., went into more detail.

He was born in Israel but lived for a few years in Argentina and in the US. He and his family are all Messianic Jews, and that he is a leader in a local congregation.

M. recently graduated from the unmanned aerial vehicle (UAV – or drone) operator course. And he is serving as an “ambassador” for the Messianic community and the Kingdom of Yeshua to the military community in Israel.

The article about his service and his faith was posted on the Mynet Facebook page. It generated a few questions from commenters wanting to know more about what the Messianic community was. Pray for M., and the hundreds of Messianic Israelis in the army like him, that they would be an effective witness for Yeshua!