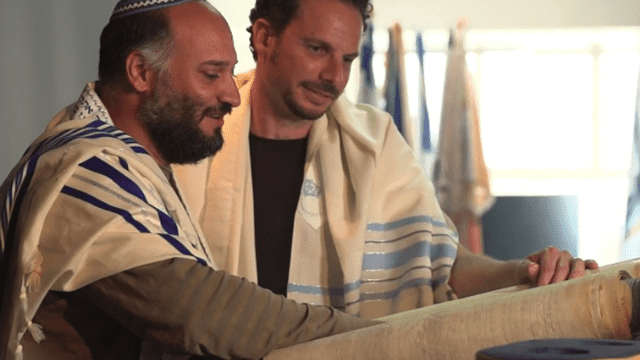 On Tuesday, Israel’s High Court of Justice (Supreme Court) ruled in favor of our Messianic congregation, Tiferet Yeshua, granting tax benefits. We originally applied for these back when I was leading the congregation in 2013. Since then, Pastor Gil Afrait and his team have been battling for our members with the help of the Israel Justice Institute. Israelis get a 35 percent tax refund on donations to public institutions. And for eight years, we have sought to attain that for our congregation as well.

Unlike in America, the tax-deductible status of an organization in Israel has to go through a rigorous process and then ultimately be approved—or denied—by the Finance Committee in the Knesset.

In October of last year, Moshe Gafni, an anti-missionary, ultra-Orthodox member of the Knesset and head of the Finance Committee at the time, ruled to reject the tax-deductible donation status for Tiferet Yeshua. He had the support of the opposition as well, led by the new Foreign Minister, Yair Lapid. Sadly, it seems the one thing that our government can agree on is to deny basic rights to Messianic Jewish Israelis.

It was one year ago that the regulatory commission for cable TV threatened to revoke the license for our new channel, Shelanu TV, and kick us off the air. We knew this was a violation of our civil liberties, and we were prepared to go to court. Based on this week’s decision, we would have clearly won. However, they recognized that as well and changed their strategy. Instead, they put pressure on the HOT cable company to drop us as a client.

[the good news is that we resurfaced online within three hours and are now reaching for more people (tens of thousands of Israelis!) using social media and our website than we ever could have with an obscure cable channel]

Gafni argued that Tiferet Yeshua was engaged in “controversial” activity and likened the Messianic group to Jehovah’s Witnesses.

This week, the High Court rejected Gafni’s argument, saying that it was illegal. The court ruling said,

“The decision of the Finance Committee was based on an incorrect assumption that they had the authority to take into consideration that a non-profit is engaged in ‘controversial’ activity…the committee overreached in its authority. Personal emotions or deep disagreements is not enough either, especially as long as the activity is legal…This is especially important for organizations engaged in religious services, which is already controversial as it is, and the importance of freedom of religion and of conscience.”

Another judge added that “the criteria of ‘controversy’ enables decisions based upon extraneous considerations, prejudice, inequality, and arbitrariness.”

On Sunday, Israel inaugurated a new government, and Gafni is no longer the head of the Finance Committee. While he is still in the Knesset, he is now part of the opposition, as are all the ultra-orthodox parties, whom we love and pray for, and is not part of the new government. For the size of their community, they have had disproportionate control in our society, which irks most Israelis. But they are often needed as the final votes to form a government coalition and are not shy to exact a price. Now that we have a government without them, sensible legislation should be able to get through the Knesset finally.

A bitter Gafni said in response:

“The High Court judges, in a snatch on the last day of me heading the Finance Committee, canceled the Knesset’s authority to discuss issues which the legislator has authorized the Knesset to have. The Finance Committee set a procedure to not give section 46 status (tax-exempt) to missionary organizations who are against the law, and members from both the coalition and opposition confirmed it…I suggest that the judges of the High Court should not complain when there will be battles about reducing their authority, after their blunt interference in the duties of the legislative branch.”

MK Gafni throws out a phrase like “against the law” without any explanation. Messianic congregations operate in accordance with the law. But if he is going to make such an outrageous statement, he should provide proof and show exactly which laws are being broken. He should also understand the purpose of the High Court is to not be a rubber stamp for the legislature but a check and balance for laws that violate Israel’s Basic Law (our constitution). In this case, there was clear discrimination based on biases. After going through what we went through last year with Shelanu TV, I’m so encouraged to see my government take a stand for democracy and freedom against those who would seek to limit the speech and religious practices of their own citizenry.