BREAKING
Israel-led Team Solves Mystery Why Lightning Strikes Fewer Times Over The Ocean...
Tourism In The Holy Land Is Soaring Back Up To Pre-Pandemic Highs
Lapid Speaks Directly To Palestinians—Offers Them “Another Way” Out Of The Ongoing...
Home Articles Messianic Judaism (part 1): What the Messianic Bible Teaches 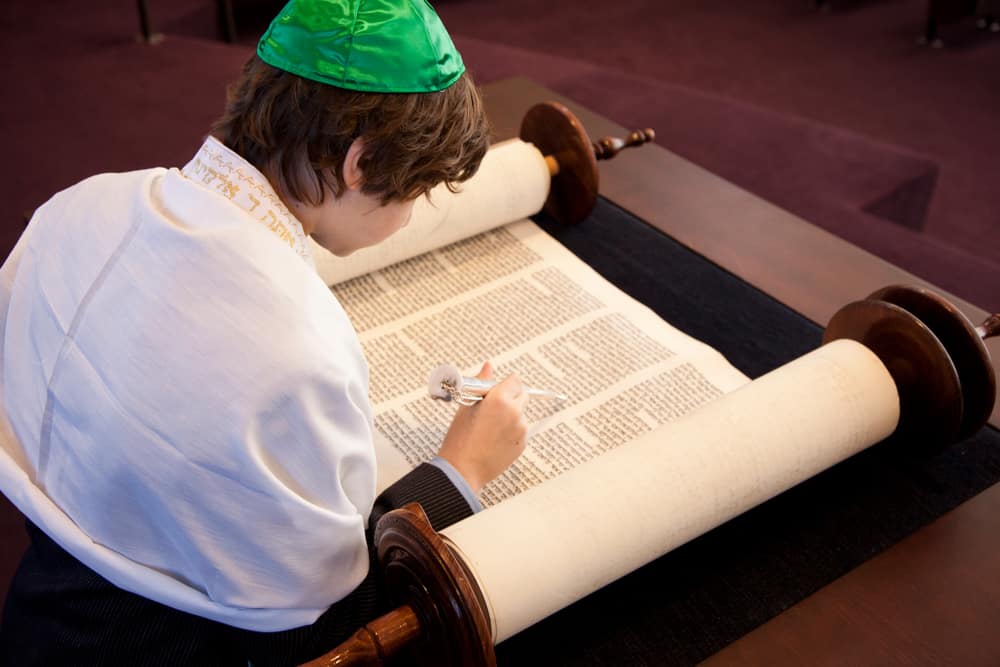 The Messianic Bible (Tanakh) includes much of the Old Testament. There are a few differences in structure than what we see in today’s Christian Bible.  The Tanakh consists of 24 books, not the 39 we see in our table of contents. However, all 39 are found within the 24, because many of them are combined. For instance, 1 and 2 Chronicles are considered one book in the Messianic Bible Old Testament. The section the Christian Bible calls the Minor Prophets consists of 12 books. In the Tanakh, they are considered one book. However, the most important part of the Messianic Jew belief lies in the Torah.

This portion of the Old Testament holds the most information about Jewish traditions as well as the laws set out by G-d through Moses. The Torah is the first five books of the Messianic Bible: Genesis, Exodus, Leviticus, Numbers, and Deuteronomy. In addition to the Torah, these five books have many other designations: The Law, The Pentateuch, and The Five Books of Moses.

As you would expect, Orthodox Jews do not accept the New Testament as inspired words of G-d. They are still looking for their Messiah. To them, Jesus was a great prophet, but that is it,  he fails to live up to what their expectation of the Messiah should be.

However, those who follow Messianic Judaism accept that Yeshua (Jesus) is the Jewish Messiah and all the prophecies spelled out in the Tanakh, Yeshua fulfilled. Much like when Yeshua stood before the synagogue and read Isaiah 61, he then proclaimed that prophecy was fulfilled through Him. Another example is what many Orthodox Jews consider forbidden, Isaiah 53. This is one chapter that lays out Yeshua’s suffering and death on the cross – the very chapter that Messianic Jews find their belief that Yeshua is the Messiah.

The Messianic Bible is pretty much the same as the Holy Bible you grew up reading or listening to at church, or reading on your own at home. It is the inspired Word of G-d. It is through this book of history and prophecy that Jews, Gentiles, and the entire world gain an understanding of who Yeshua, Jesus, really is.

G-d has always had a desire to be with man. He created the Garden of Eden to be with him. Once we screwed that up, he found another way; the tabernacle. The presence of G-d rested within the Holy of Holies and He once again dwelt with man. But since sin kept us at a distance, a means of atonement had to be established; the sacrificial system. But unfortunately, that was temporary; a perfect sacrifice must be made.

Enter Yeshua. A man, who was fully G-d, came into the world; born of a virgin. He lived on earth for roughly 35 years. He lived in every way human; the only exception was that he was without sin. He faced temptations, yes, but remained sinless. He began His ministry at 32, and for three and a half years He gained followers and taught, healed, and loved people, just as G-d had intended. The perfect sacrifice came in the form of Yeshua. His perfect, sinless blood tore down the wall that separated G-d from man. Now He could reside with us again.

There are many similarities between Christianity and Messianic Judaism. The Messianic Bible may be the same, but there are some tenants of religion that hold fast to the Orthodox Jewish traditions. We will explore that in lesson two of this series.