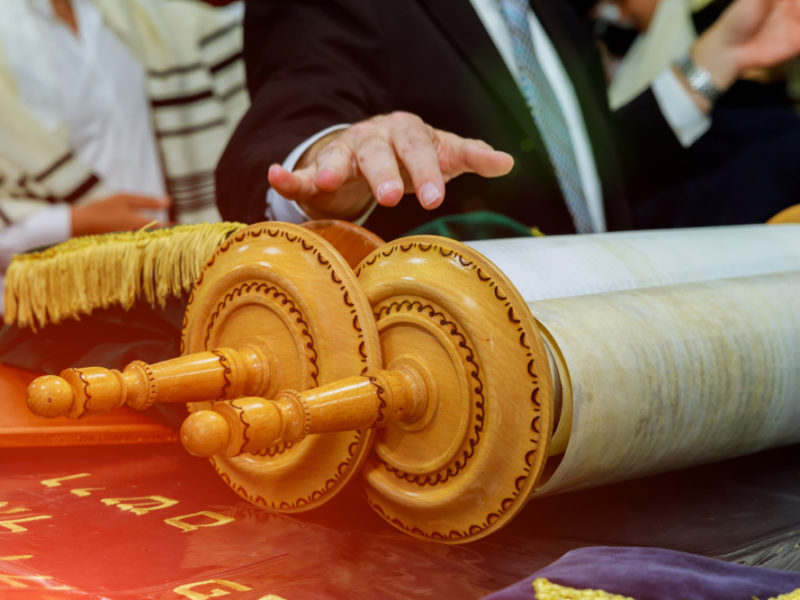 We learned in part one of this series on Messianic Judaism that the Messianic Bible is relatively the same as today’s Christian Bible. Its structure is a little different, namely in its outline. Some structure it as 24 books, not sections like the Minor Prophets, and the books of Samuel, Kings, and Chronicles. The Messianic Torah always remains in its original form: five books that convey Creation, the establishment of man, and his relationship with Christ. These are strict tenants of Judaism. Even Messianic Jews hold fast to some of them. Keep reading to find a more in-depth break down of the Messianic Torah.

The Messianic Torah holds the commandments with which we are all familiar. We all have read the story of Moses on Mount Sinai – G-d spoke to him, giving him the laws Christians were to follow: the Ten Commandments.  While we know and reflect just ten, many rules enveloped the basic ten. Just as Yeshua (Jesus) said when He was asked which was the greatest commandment he summed all ten with just two, “You shall love the L-rd your G-d with all your heart and with all your soul and with all your mind. This is the great and first commandment.  And a second is like it: You shall love your neighbor as yourself.”

The Law of the Messianic Torah

This is where it gets a little confusing. The laws on which the Messianic Torah bases itself is a sacrificial system. Meaning that the laws of atonement for sins included a blood sacrifice. The sacrifice offered could be a dove, goat, or as large as a bull. The one that offered the most significant was the lamb. The animal sacrifice took place on an altar, and sometimes required burning. One major prerequisite was that the animal had to be spotless. Meaning no defect whatsoever. Someone bringing an offering could not just pick the worst of their herd and use it for sacrifice; it had to be the best of the best.

After the Second Temple was destroyed in 70 AD, those that practiced Judaism were left with no decision but to stop the sacrificial system. This battle occurred after a Jewish revolt that resulted in the Romans overpowering the Jews and laying waste to the temple built in the times of Ezra and Nehemiah.

After the temple was gone, the high priests could not continue the sacrificial practice. The Sinai Covenant was now a broken covenant. As a result, they agreed to replace the temple and the priest sacrificial system with a synagogue, rabbis, and prayer.

So, Messianic Jews still follow the Messianic Torah. They hold fast to many of the laws written during the times of Moses and the Old Testament. However, unlike Orthodox Jews, they do recognize Yeshua as the Messiah.

They also observe many festivals such as Passover, Shavuot, Rosh Hashanah, Yom Kippur, Sukkot, Chanukah, and Purim. More on these in parts four and five of this series. The observance was due to the fact that the observance of these festivals was “forever” by the Messianic Torah. It is also important to know that these observances are celebrations. Thus, the command to observe them is not a hindrance, but a reminder of what G-d has accomplished in and through the Jewish nation.

For just $100 per month you can bring the gospel to 10,000 homes. Join us as media missionaries! GIVE NOW
VIEW COMMENTS
« There’s No Better Salute Than To See Marines Worship A Cloud Shaped Like A “Thumbs Up” Encourages College Students »