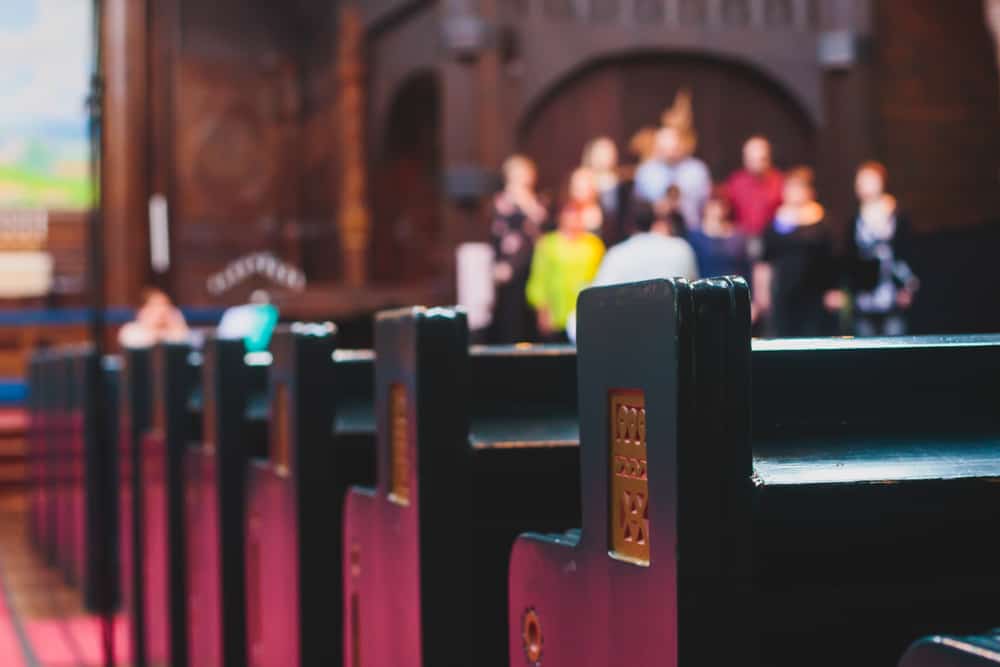 The world teaches us that if you are not part of a specific denomination, then you are not truly saved. They will grab onto one particular verse and build an entire religion around it. Or worse, they will grab onto one theological premise and create a man-made religion that only the devout followers will overcome. The Bible teaches that there is one faith, through one G-d. Through Him, we are gathered together as one family. A Messianic Congregation is the group of people who gather in a Messianic Synagogue. Much like Christians that gather together are called a church. But since we worship the same G-d, it places all of us in one faith.

“There is one body and one Spirit—just as you were called to the one hope that belongs to your call — one L-rd, one faith, one baptism, one G-d and Father of all, who is over all and through all and in all.” (Ephesians 4:4-6)

There are rules and regulations for an Orthodox Congregation as well as a Messianic Congregation. To have all the rights of a Jew, one of two things must happen. First, there is the birthright. According to the Orthodox faith, the birthright ability to call oneself a Jew came through the mother, not the father. Second, there is a conversion.

Unlike a Messianic Congregation, a visitor must adhere to rules set out by the synagogue they were visiting. Even an unintentional slip up could be deemed disrespectful or seriously affect the flow of a service. It would be wise for someone to fully understand the procedures through study and asking questions from a Jewish parishioner before making an unintended mistake.

While Christianity has its own rules and regulations, it is the opposite of Orthodox Judaism. The term “Christian” was first used in Antioch in the first century, right after the first group of believers began to witness about Yeshua to both Jew and Gentile.

To be part of a Christian Congregation, one must simply attend a service. There are no prerequisites. There is a certain level of decorum, but not much that some woud deem offensive. Additionally, there are no dividing lines (like women and men separated) or traditions (like head coverings) that are required. Not saying that Orthodox or Messianic Congregation traditions are bad. Most traditions place the parishioner in a mental state of humility before G-d. They see them as beneficial to the perspective of who G-d is. However, Christianity views G-d in a more relaxed fashion. If one chooses they can become a member of a Christian Congregation. This is about committing yourself to the church and to spreading the Gospel and not a requirement for salvation.

The Messianic Congregation still follows many Traditional Jewish customs, like head coverings, and observance of some holiday festival. But they do not separate men and women in a worship setting. Messianic Jews do not expect anyone to convert to Judaism; in fact, they feel they should not impose that on anyone. They do require a love for the Jewish people, an understanding of what G-d is doing with the Jewish people, as well as a calling to be of assistance to G-d’s chosen people.

“Only let each person lead the life that the L-rd has assigned to him, and to which G-d has called him. This is my rule in all the churches. Was anyone at the time of his call already circumcised? Let him not seek to remove the marks of circumcision. Was anyone at the time of his call uncircumcised? Let him not seek circumcision. For neither circumcision counts for anything nor uncircumcision, but keeping the commandments of G-d. Each one should remain in the condition in which he was called.”

Biblical prophecy states that in the last days, a flurry of Jews will realize that Yeshua is the Jewish Messiah. They will make the trek back home to Israel in preparation of the second coming. This means that even the most devout Orthodox Jew will have the opportunity to see Christ for who He truly was; the Savior promised throughout the Tanakh. Messianic Congregation assists in perpetuating this faith. These men and women who have believed will help usher in the restoration of Israel and Yeshua as their returning king.