BREAKING
Israel-led Team Solves Mystery Why Lightning Strikes Fewer Times Over The Ocean...
Tourism In The Holy Land Is Soaring Back Up To Pre-Pandemic Highs
Lapid Speaks Directly To Palestinians—Offers Them “Another Way” Out Of The Ongoing...
Home Faith Michael Youssef Calls UK Christians to Rise Up and Conquer Their Giants 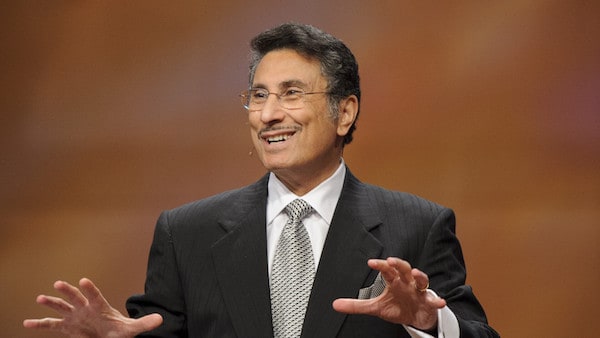 Dr Michael Youssef, Founder and President of Leading The Way, recently delivered a powerful message at London’s Kensington Temple, challenging the British church to overcome the Goliaths in their lives.

His message entitled  The Surpassing Majesty of God was streamed worldwide.

“After preaching here every year now for the past 14 years, God laid it on my heart to preach from Psalm 8: “O Lord how majestic is your name in all the earth,’” he explained during a LIVE interview with CBN News outside Kensington Temple.

Dr Youssef, who carried out several media interviews during his six-day visit to London, went on to say: “In these challenging times marked by discouragement and people departing from the faith, I want to encourage believers to stay strong and focus on the majesty of God.”

During a week that marked the first anniversary of the Manchester terror attacks, Dr. Youssef went on to explain how the rise of Islamic influence in the country is one of the major giants UK Christians are facing today.

“I think the UK church has responded well overall to recent terror attacks, but many are still acquiescing and denying that there is enmity to the Cross. There are terrorists who want to destroy us, yet we say we accept them as they are instead of trying to bring them to Christ.

“In the last 20 years, 500 churches in London have closed their doors and 423 mosques have opened. Within five years there will be more Muslims praying in mosques in London than Christians going to church.”

Dr. Youssef concluded: “In the midst of these challenges I’m seeing more desperation today for the pure and uncompromised Gospel than I’ve ever seen in the 40 years that I’ve been coming to this country. I’m praying for the Christian leaders throughout the United Kingdom to really rise up and be the army of the living God.”

About Leading The Way:

Now celebrating 30 years of ministry, Leading The Way‘s television and radio programs are broadcast in 25 languages to audiences across six continents. Leading The Way also produces DVDs, CDs, books, a monthly devotional magazine, and daily e-devotionals to spread the light of Christ. This Atlanta-based ministry utilizes field ministry teams to evangelize seekers, disciple new believers, and help the persecuted in places where it is dangerous to follow Christ. Dr. Youssef’s unique perspective has given him a platform to speak boldly into today’s issues and provide Biblical solutions to the challenges Christians are facing today.

Michael Youssef, PhD, is the Founder and President of Leading The Way. He was born in Egypt and lived in Lebanon and Australia before moving to the USA. In 1984, he fulfilled his childhood dream of becoming an American citizen. He holds degrees from Moore College in Sydney, Australia, and from Fuller Theological Seminary in California. In 1984, he earned a PhD in social anthropology from Emory University.

He has authored more than 30 books, including popular titles The Hidden Enemy and The Barbarians Are Here. He and his wife reside in Atlanta and have four grown children and ten grandchildren.

This article was written by Peter Wooding of ASSIST News Service Peter is an award-winning radio, TV, and print journalist. Having previously spent 10 years as news editor with UCB Radio, Peter has travelled extensively, reporting from many different countries.