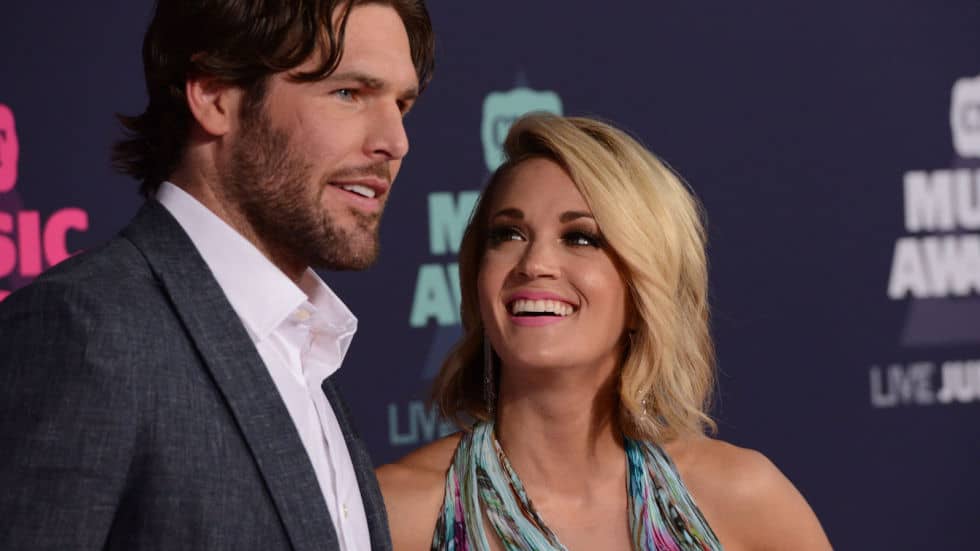 In a recent I Am Second video, Mike Fisher came clean about his past struggles and his deep need for Jesus. After reaching the pinnacle of his dreams at the ripe young age of 19, Mike quickly realized that this feat wasn’t as fulfilling as he had imagined; the void in his heart still remained. Read on and check out this video to get up close and personal with this decorated athlete’s inspiring faith journey.

Growing up in the hockey-obsessed Peterborough, Ontario, the young Mike Fisher dreamed of proudly representing his family and community in the NHL. Although hockey was his priority, he tried to perform both on and off the ice, balancing his school, church, and family commitments. According to Mike, “Hockey is stats-related and performance-based. That [mindset] carried over into just trying to be a good kid.”

But there was something empty and soul-sucking about crossing his T’s and dotting his I’s. No matter how well he performed, he continued to restlessly search for more instead of rest in contentment and satisfaction.

This seemingly inexplicable void became even more obvious when Mike was drafted into the Ontario Hockey League and left home at age 17. When he left the warmth and security of his home, he flailed. He tried to fit in, and in doing so, resented his commitment to the long list of “no’s” that accompanied the commitment he had made to Christ at age 6. Overlooking the importance of a love relationship with Christ, Mike let hockey consume his life.

His overwhelming drive to succeed on the ice seemed to pay off when he was drafted into the NHL two years later, at age 19. From the outside, his life looked like smooth sailing – a high salary, fame, and a job he loved. But on the inside, things were “not good at all.” He frequently got drunk, let people down, let God down, and tried to hide. Although he still went to church, he felt as though he had constructed a facade.

Taking Up The Cross

It was during this desperate time in Mike’s life that he began a bible study with his cousin. Through this bible study he discovered Jesus’s call to action in Luke 9:23-25:

And he said to all, “If anyone would come after me, let him deny himself and take up his cross daily and follow me. For whoever would save his life will lose it, but whoever loses his life for my sake will save it. For what does it profit a man if he gains the whole world and loses or forfeits himself?

Mike couldn’t help but ask himself this question over and over again. After all, he had gained the whole world – or at least the a little part of it over which he had proudly staked his claim. But in the process, he had lost himself. This verse is as convicting as it is instructive; even though it drew attention to the gaps in Mike’s faith life, it provided a clear (though not easy) answer: take up the cross daily and follow Jesus.

Fisher continues, “I’d reached my dreams, I had money, everything. It just wasn’t working. I hadn’t been looking in the right places. Through praying and getting in the word, my life was changed.” No longer was Christianity the faith of his parents or the stuff of some ancient book. It was a personal relationship between Mike and Jesus. “It became real to me,” Mike added.

Although the change didn’t happen over night, Mike noticed God stirring his soul. As he confessed his sins, God released them so that he no longer had to shoulder the burden on his own. As he shifted his all-consuming focus from the puck to the passion of Christ, he forged a notable, lengthy career in the NHL, playing 14 seasons and earning the 2012 NHL Foundation Player Award. But all the while, he basked in the great love of God rather than human accolades.

Today Mike lives free from the pressures of performance, understanding that God’s love is bigger than failures and mistakes. He still gets goosebumps before every game, reflecting his love of the sport. But as he approaches his retirement, he is secure in his identity not as an NHL player, but as a child of God.

It is such a testament of faith to see this battle-scarred athlete be overcome by a toothy, child-like smile at the thought of his Heavenly Father’s love and devotion. Fisher says it best, “It’s a pretty good feeling to know how much he loves me.”

Do you know how much your Father loves you? If you are caught up trying to perform to some impossible standard, shift your focus to the overwhelming and all-consuming love of your Father.