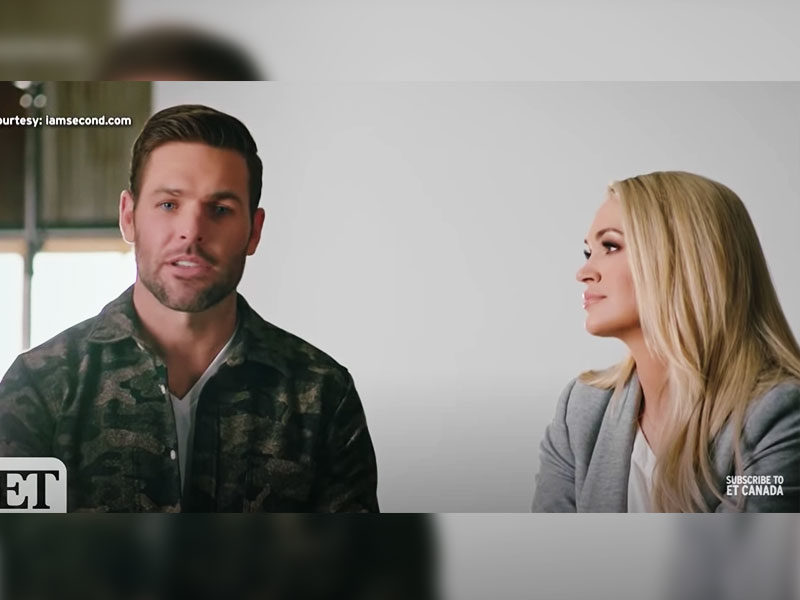 Carrie Underwood and husband Mike Fisher’s faith was challenged after three straight miscarriages. Until one day God revealed that they would have another child.

Mike and Carrie have been married for almost ten years now. They had their first born, Isaiah, in 2015. The couple wanted to have another baby; however, Carrie met miscarriages twice. Because of this, their faith was challenged.

“I was frustrated,” Mike expressed on his video in I Am Second. “What’s the future look like? … I was just kind of wrestling [with God] and probably the most honest I’ve been with God ever in my life. And I heard – not audibly – but I just heard, I just sensed God told me that we’re gonna have a son and his name’s Jacob.”

While Carrie shared how God told her husband of the promise of having a baby.

“Mike came to me one day and said, ‘We’re gonna have another baby, and it’s gonna be a boy, and his name’s gonna be Jacob,’” she said while in tears.

But sadly, her next pregnancy ended up a failure. She had her third miscarriage.

“I was just like, ‘Where is he? Where is he?’” said Carrie, of the baby boy she expected.

The singer and songwriter became pregnant for the fourth time after three miscarriages. She sensed it would end up a failure again. So she crawled one night to bed with Isaiah and cried out to God.

“And I just had an honest conversation with God,” she recounted. “And I told Him how I felt. I was hurt. I was a little angry. Of course, you feel guilty for being mad at your Creator. And I told Him I needed something. … We needed to have a baby or not ever, because I couldn’t keep going down that road anymore.”

Although she had that honest conversation with God, she was ready to “close the door” on that chapter in her life. Carrie prepared herself to accept the unlikely news again. But to her surprise, she received a great unexpected news instead. The pregnancy was going well. They saw the baby on an ultrasound!

Then Mike noted how the Jacob of the Old Testament “wrestled with God through the night and he wouldn’t let go until he got his blessing.”

“[But] we weren’t demanding that He give us His blessing. We were just being honest with Him. Jeremiah 29:13 says, ‘You will seek Me and find Me when you seek me with all your heart.’ It’s so true.”

“So many times,” he said, “you’re on the mountaintops and things are great. And sometimes those are the hardest times because you don’t feel like you need God. And then you go through the valleys and you actually really seek Him and His will. That’s when you learn and grow and He changes you. He changes our marriage for the better. We were able to kind of work through our faith together like we’ve never done before.”

For just $100 per month you can bring the gospel to 10,000 homes. Join us as media missionaries! GIVE NOW
VIEW COMMENTS
« Managing Our Energy As Parents Are You A True Follower of Jesus? Being A Blessing »