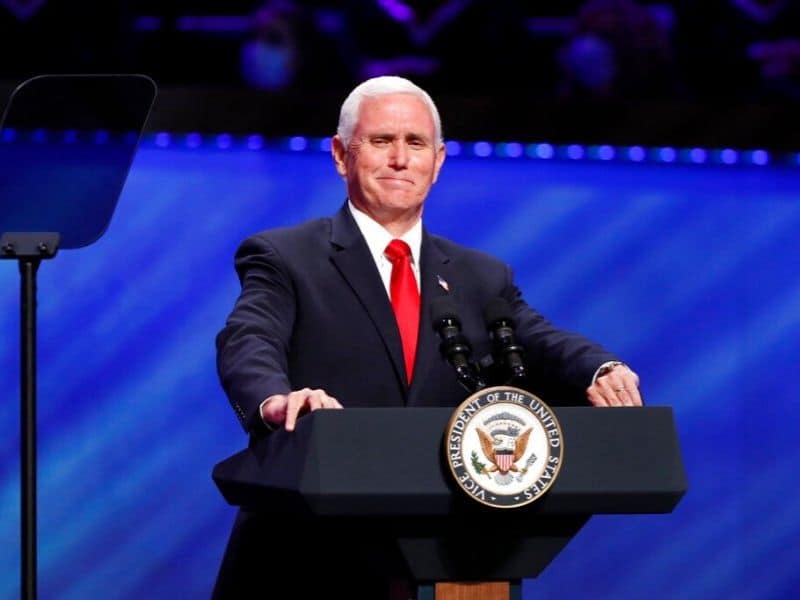 Mike Pence attended at a Texas megachurch’ “Celebrate Freedom Sunday”. And he urged believers to hold fast on prayer and on Jesus.

The Vice President was given the honor of speaking to First Baptist Church in Dallas, Texas last Sunday. On his nearly 30-minute message, he shared ways of celebrating freedom in means of “work and worship.”

He also expressed that this is “a challenging time in our nation’s history.”

“We’ve gone through one of the worst pandemics in the history of this country, an economic downturn none of us expected, and, for a time, we saw chaos engulf the streets of many of our major cities.  We’ve seen statues of some of our nation’s greatest heroes being torn down.  And one can’t help but wonder that ancient question — that if the foundations crumble, how can the righteous stand?”

He continued, “And yet, in the midst of such trials, American Christians have hope.  We remember the countless triumphs we’ve won, even in our darkest hours: victories against empires, against injustice, against diabolical tyrannies across the world.  During these times, we do well to remember that the foundation of America is freedom, but the foundation of freedom is faith.”

The faith of American people 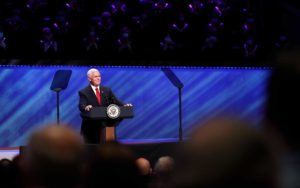 Pence declared that the faith of American people is what sustains the nation in every dark time throughout the nations history. It believes it will be the thing that will continue to sustain America during this time.

“As our nation faces these difficult days, I believe more than ever that we stand in the need of prayer.  In coming here today …I wanted to encourage you: As you celebrate freedom in this coming week, practice prayer in a renewed way.”

He concluded, “And I believe with all my heart, on this Celebrate Freedom Sunday and every day, that if we will but hold fast to Him, we’ll see our way through these challenging times. We will restore our nation’s health, we will renew our freedom. And we will inspire people across this land with our witness of the love and compassion and strength that comes in a personal relationship with Jesus Christ.”