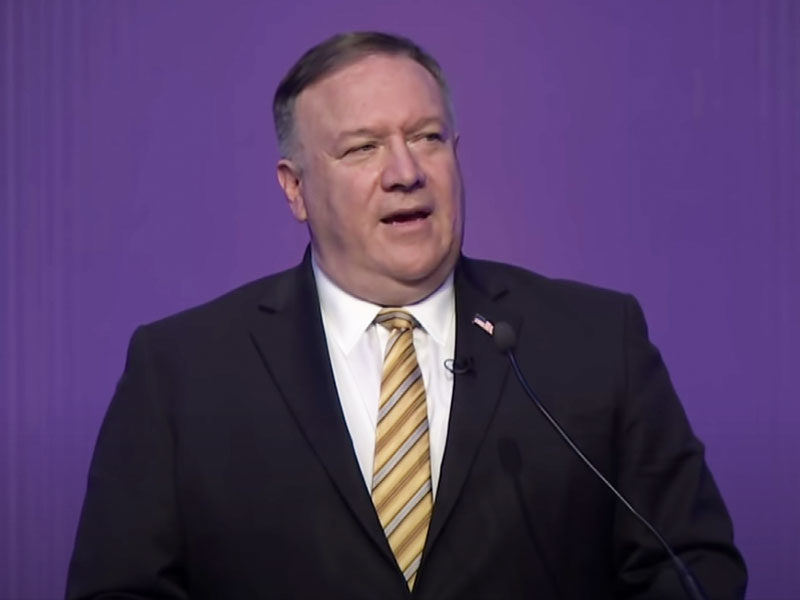 United States Secretary of State Mike Pompeo recently made it clear at an event last week that their administration strongly opposes the international push to make abortion a human right.

During a Family Leadership Summit in Iowa, Mike Pompeo addressed the issue regarding making abortion a human right.

“Abortion quite simply isn’t a human right,” the secretary clarified. “It takes a life.” He upheld that “this administration appreciates and knows that our rights come from God, not the government.”

Mike cited Psalm 139 as well. “You knit me together in my mother’s womb,” he stated, “This is when life begins, full stop.”

Moreover, the 56-year-old Christian politician highlighted the administration’s “100% pro-life foreign policy,” taking account of the reinstatement of the Mexico City policy. The policy ensures that “not a single dime of American taxpayer money will ever go to a foreign NGO that performs active abortions anywhere in the world.”

Additionally, Mike revealed how the State Department collaborated with the Department of Health and Human Services to mobilize 20 countries. They made the effort “to deliver a joint statement at the U.N. criticizing pro-abortion language in U.N. documents.”

CP reported that in May, the United States stated to push back against the inclusion of language on ‘sexual and reproductive health.’ This was from a “resolution drafted by members of the World Health Assembly related to the coronavirus.”

“There is no international right to abortion. Nor is there any duty on the part of the state to finance or facilitate abortion. We do not accept references to ‘sexual and reproductive health,” the statement read.

“Or other languages that suggest or explicitly states that access to abortion is included in the provision of population and individual level health services.”

The Secretary also brought upon the effort to defend religious freedom. He shared that his department has “instituted new religious freedom training programs for thousands of our foreign service officers.” And hosted the “Ministerial to Advance Religious Freedom” as well.

The Secretary of State is firm in his faith. Mike stressed out how “God has entrusted this position to me for this time. And I feel every day the duty to honor that calling.”

“I think too about my responsibilities in light of the biblical call to be a good steward of whatever you have. 1 Corinthians 4 says: ‘Those who have been given a trust must prove faithful.’”

Then he concluded, “Stewarding my position well also means making decisions based on the truth. Our God is indeed a God of truth. And we should every day seek to reflect His character in that regard.”

For just $100 per month you can bring the gospel to 10,000 homes. Join us as media missionaries! GIVE NOW
VIEW COMMENTS
« Man Surprises Woman With Answer From Her Prayer Request John Crist Releases First Comedy Bit After 8 Months Hiatus »