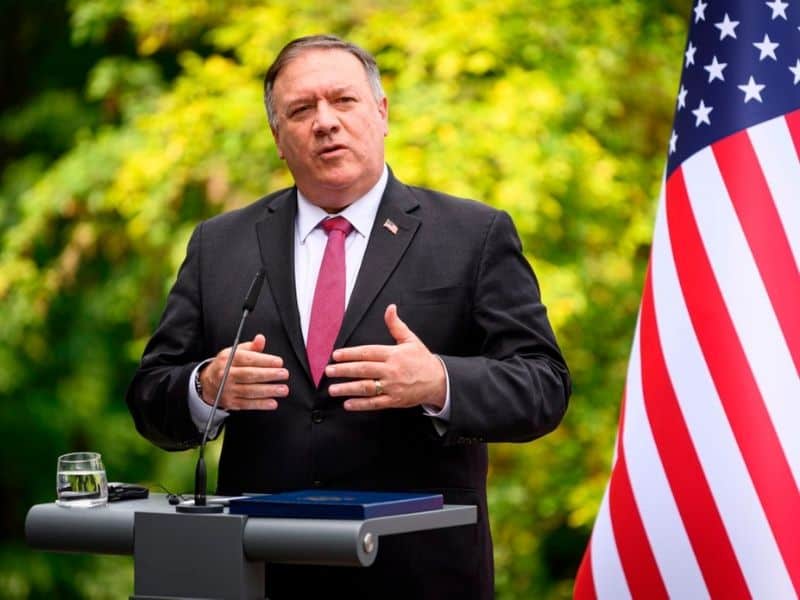 America’s secretary of state, Mike Pompeo, recently appeared at the Prestonwood Baptist Church in Texas. He highlighted the significance of Christians shining the light despite world norms and never keeping it hidden.

Jack Graham, a pastor of the Plano megachurch, invited Pompeo to speak during a Sunday service. He describes the politician and lawyer as “first and foremost, a follower  of the Lord Jesus Christ and a believer in our Savior.”

Pompeo said that the world is watching America’s leadership and the country’s foundation as a Judeo-Christian nation. He iterated that “faith in public square is not only lawful but righteous. It is not only powerful but required by America’s tradition.”

He further expressed that human freedom and dignity is in the founding documents of the nation. Similarly, the State Department should also reflect the same principles. And up to this day, America has been keeping these core values.

To illustrate, he mentioned China’s treatment with a minority group, Uighur Muslims. The government of China has placed over 1 million Uighur Muslims in internment camps. And upon knowing their situation, the American Congress passed the Uighur Human Rights Policy Act of 2020 to protect the group’s human rights. He noted that this was the first time America took seriously the matter at hand.

The politician then recalled a comment previously given by a security adviser saying that Pompeo “was overtly religious and it can cause problems.” But despite the criticism, Pompeo encourages Christians to speak out in line with their faith. “If you hide your light in an open society like ours, that sends a terrible message to places that are more difficult,” he said.

He recognized that there will always be critics to suppress your faith. “But don’t be discouraged; it means you’ve got conviction and that you showed it.”

Keep on shining the light

Pompeo never hides his Christian faith with his work as Secretary of State. In fact, he credits his faith with the successful diplomatic relations with Israel and UAE. “Faith strengthens American diplomacy, it doesn’t diminish it,” he said.

Finally, he gave God glory for the position he is in. He says that he keeps a Bible in his office so that he can read God’s word every day. “[It is] a privilege to serve as America’s 70th Secretary of State. It’s only because of God’s grace in my life that I’ve had this chance.”

He left the audience with a Bible verse from Galatians 6:9 as something to reflect on. “Don’t ever give up shining the light,” he emphasized. “Don’t ever walk away from an opportunity to put faith in the public square. Do walk with the Lord and keep at it. Stay true. Keep believing. All of us together, we’ll make this nation a light unto the world.”