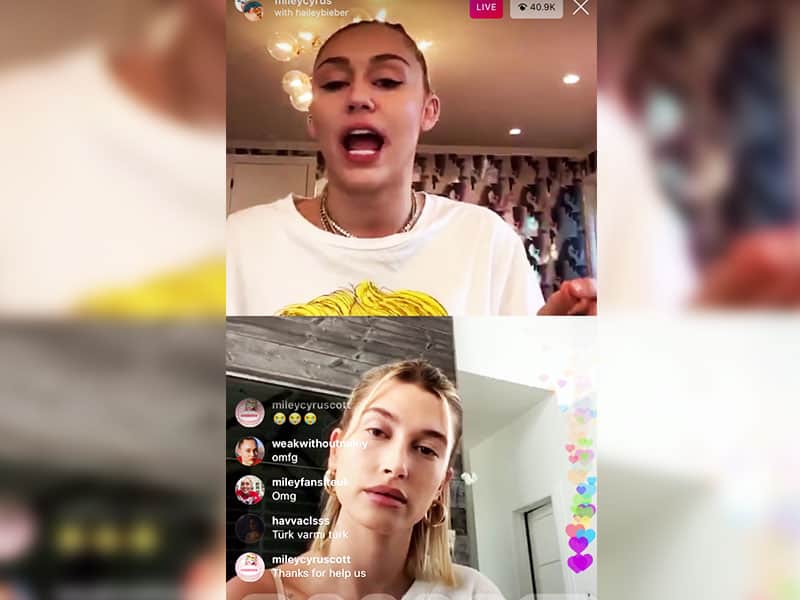 Popstar Miley Cyrus says she will explore pursuing her own relationship with God again after having a deep conversation about God with supermodel Hailey Bieber on Instagram live.

Miley has been doing hosting interviews on Instagram Live because of her new show “Bright Minded.” She launched it after America went on quarantine measure due to coronavirus. And in her latest episode, the pop star invited the devout Christian and supermodel Hailey Bieber.

Both the well-known stars were scheduled to talk about a makeup tutorial. However, their conversation went deeper and became what seems like a Christian counseling session. 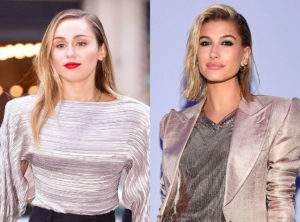 Apparently, Hailey kept mentioning God in her interview with Miley. She quickly turned their conversation about having a relationship with God.

Further, she shared about the importance of having a community or group where there is no judgment, but simply acceptance and love. Of which Hailey said she found in God, her church family, and her faith.

Miley then opened up, “I was also brought up in the church in Tennessee at a time in the ’90s. So it was a less accepting time with all that.”

And the pop star shared why she left the church at a young age. She recalled, “I had some gay friends in school. That is the reason why I left my church is that they weren’t being accepted. They were being sent to conversion therapies. And I had a really hard time with that and I had a hard time with me finding my sexuality too.”

Hailey Testifies Her Journey With God

She explained, “I was raised going to church as a believer. And that was a really important part of my life. And I kind of fell off that path a little bit. Because I think I had a hard time finding a relationship with God that worked for me as an adult.”

Miley Cyrus Says She Will Explore On God Again

Because of Hailey’s testimony, Miley expressed how she was touched by the supermodel’s journey with God. And she said she would do the same.

“I think what I just took away from you is I’m allowed to decide what my relationship is with spirituality as an adult… that doesn’t have to be aligned with the way it was when I was brought up,” Miley responded.

She further added, “So I think now you telling me that I’m allowed to redesign my relationship with God as an adult. And make it how it feels most accepting to me would make me feel so less turned off by spirituality.”

Open To Everyone But Adhering To God’s Word

Hailey and Justin Bieber regularly attend church at Churchome led by Pastor Judah Smith. But when in New York, they attend Hillsong church.

Both churches are open to “everyone” regardless of different beliefs, backgrounds, and sexual orientations. However, they made it clear that the church still adheres to what is written in the Bible.

Hillsong’s website wrote, “That said, we still love them [LGBT] and acknowledge that they – like all of us – are on a journey, and our role as a church is to assist them on this journey with grace and compassion.”

After Miley and Hailey’s deep conversation about God, they continued on their make-up routine.

Watch the full interview of the stars below.